Menu
Health
Health & WellbeingMindCan you teach yourself to sleep? 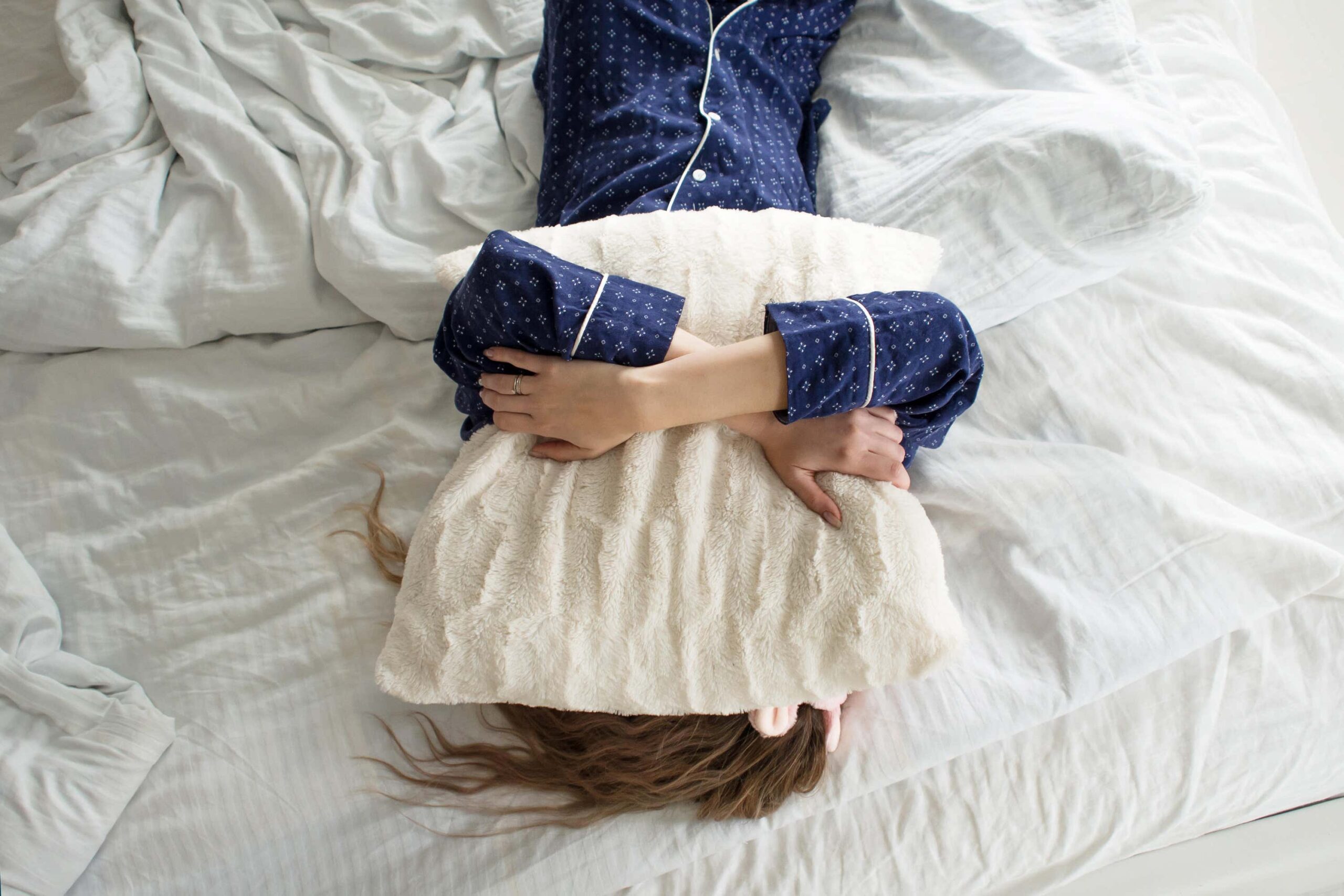 Can you teach yourself to sleep?

After years of sleepless nights, the London-based journalist and author Kate Mikhail tells how she tackled her chronic problem

For decades, journalist Kate Mikhail had struggled with sleepless nights in an ongoing battle with chronic insomnia.

As the clock hit 3am, she would feel a knot form in her stomach while her mind was still racing, and would eventually rely on sleeping pills to feel drowsy enough to drift off.

Naturally, she would wake up feeling groggy, sleep deprived and helpless. The lack of sleep was taking its toll on both her emotional and physical wellbeing, so she resolved to do something about it.

“During that time, I remember the feeling of being completely exhausted, metallic and hollow; sitting on the bed wishing I could just go straight back to sleep because I’d only managed to get a couple of hours’ rest,” the mum-of-three recalls.

“No matter how shattered I was during the day, I would lie down and my mind would click into a ‘thinking mode’ where I wasn’t necessarily worrying, but I couldn’t stop thinking about the day’s events or the TV programme I’d just watched.

“After an hour or two I’d become increasingly aware of the time, and then my anxiety would start kicking in and escalate, especially if I had something important to wake up for the next day.”

After trying all manner of traditional methods to cure her poor sleep – such as ear plugs and essential oils – a serendipitous reading of a book by her great-great uncle, a leading thinker in clinical hypnosis, led Mikhail on a journey of research.

What the Times and Guardian journalist uncovered while delving into the science behind the mind-body loop eventually led to a regimen that allowed her to take back control over her sleep.

“Before, I saw sleep as something that just happened at night,” explains Mikhail. “I didn’t think of it as something that was intrinsically linked with the things I consciously did during the day, such as what I ate, when I ate it and how much daylight I was exposed to.”

One of the crucial details that Mikhail uncovered is that the language our inner voice subconsciously uses can have a significant impact on how well we sleep later at night. Her great-great uncle Richard Waters had written about how our thoughts affect our body’s pre-sleep prep in his book So Built We The Wall. The problem with calling yourself an insomniac, she found, is that it can become a self-fulfilling prophecy.

Instead of seeing ‘insomniac’ as part of your identity, you’re better off treating each night as a single incident, says Mikhail. It’s a low-grade sleep term that  could affect you today, but perhaps not tomorrow.

“Our brain relies on the signals we give to it; it can only work with what we present it with. If we’re telling ourselves that we can never get to sleep and we’ll be awake every night, it becomes a done deal,” she explains. 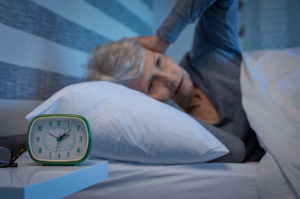 What are the sleep messages you’re telling yourself during the day?

“I write about professor Peter Whorwell in the book, who found that the perception of people’s sleep can have a major impact on the experience of their sleep, which is fascinating to me. If you’re constantly telling yourself that your sleep was dreadful, then your brain reacts accordingly.”

Around a third of the UK population are estimated to suffer with insomnia according to The Sleep Council – but since lockdown began, research suggests that half of us are now struggling to sleep, with the pandemic wreaking havoc on our sleeping patterns.

A chronic lack of it puts you at greater risk of obesity and developing certain conditions, such as heart disease and diabetes. Plus, it can have a significant impact on your mental health and life satisfaction, especially when you’re battling through the day on an empty energy tank.

Another helpful habit that Mikhail has developed in recent years is listening to sleep scripts each evening at around 5pm. Sleep scripts are essentially meditations you record in your own voice to replay for yourself later (her book contains a script written especially for the book by a clinical hypnotherapist that readers can follow). 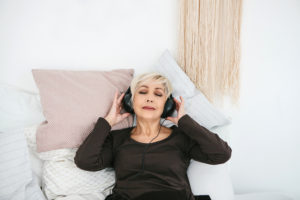 Mikhail found this type of self-hypnosis a useful way to prepare both her mind and body for sleep  – using her own voice and a set of calm, soothing words to initiate the physiological changes she needed to sleep well.

“I think people see hypnosis as more than it really is. Clinical hypnosis with a practitioner is just one form of it; it can also be words and how we use them to talk to ourselves. Telling ourselves that we can’t achieve a good night’s sleep can have a major effect on whether we actually will or not.

“The sleep script is a really nice way to stop and pause during the day when you might be busy and stressed, but as with any habit, there needs to be repetition for it to become second nature.

“Listening to the script every day reinforces that habitual thought of good sleep. It feeds your imagination and tells your body and mind, ‘this is what is going to happen later on when I get into bed’. ”

Alongside changing her self-talk, Mikhail says timed exposure to daylight, checking in on her emotional stress triggers, diet and focusing on activities that naturally induce the four ‘happy’ hormones (dopamine, serotonin, endorphins and oxytocin) all contributed to her reaching a point where she now achieves a previously unthinkable seven and a half hours of sleep per night.

So what are her main takeaways for other insomniacs that are constantly feeling tired, cranky and drained of the energy they need to manage modern life’s stresses and responsibilities?

“First of all, ditch calling yourself an insomniac,” she stresses. “Start focusing on what you are achieving to reinforce your sleep-wake cycle, so you’re reassured that you’re feeding into that mind-body loop that’s setting you up for a better night’s sleep.”

Registering every bit of progress along the way is important too – such as if you got to sleep a little bit earlier than the night before and you feel a bit more refreshed because of it. “Your brain loves reward and will chase it, so reinforce that,” she says.

To these tips, she adds: “Take an early morning walk to maximise your exposure to daylight. Our bodies run on a circadian rhythm and we need to reset our body clock every day, with exposure to sunlight being the key way we do that.

“I’d also recommend, staring into the pitch black darkness of your bedroom, last thing at night. This way, you’re triggering the release of the hormone melatonin, which is just what you need to feel sleepy and shut down your awake state.”

If it all sounds a bit overwhelming, Mikhail reassures that you don’t need to put in the same amount of hours of research that she did to conquer your battle with insomnia.

“The main thing with sleep is to remember that you’re not sitting a biology exam and you don’t need to know everything about your body.

“Just knowing the basics of sleep means that you can support it with good habits during the day that will help you to achieve the sleep you need when night comes around.”

Teach Yourself to Sleep: An ex-insomniac’s guide by Kate Mikhail is available now at Amazon.

How to manage anxiety and panic attacks