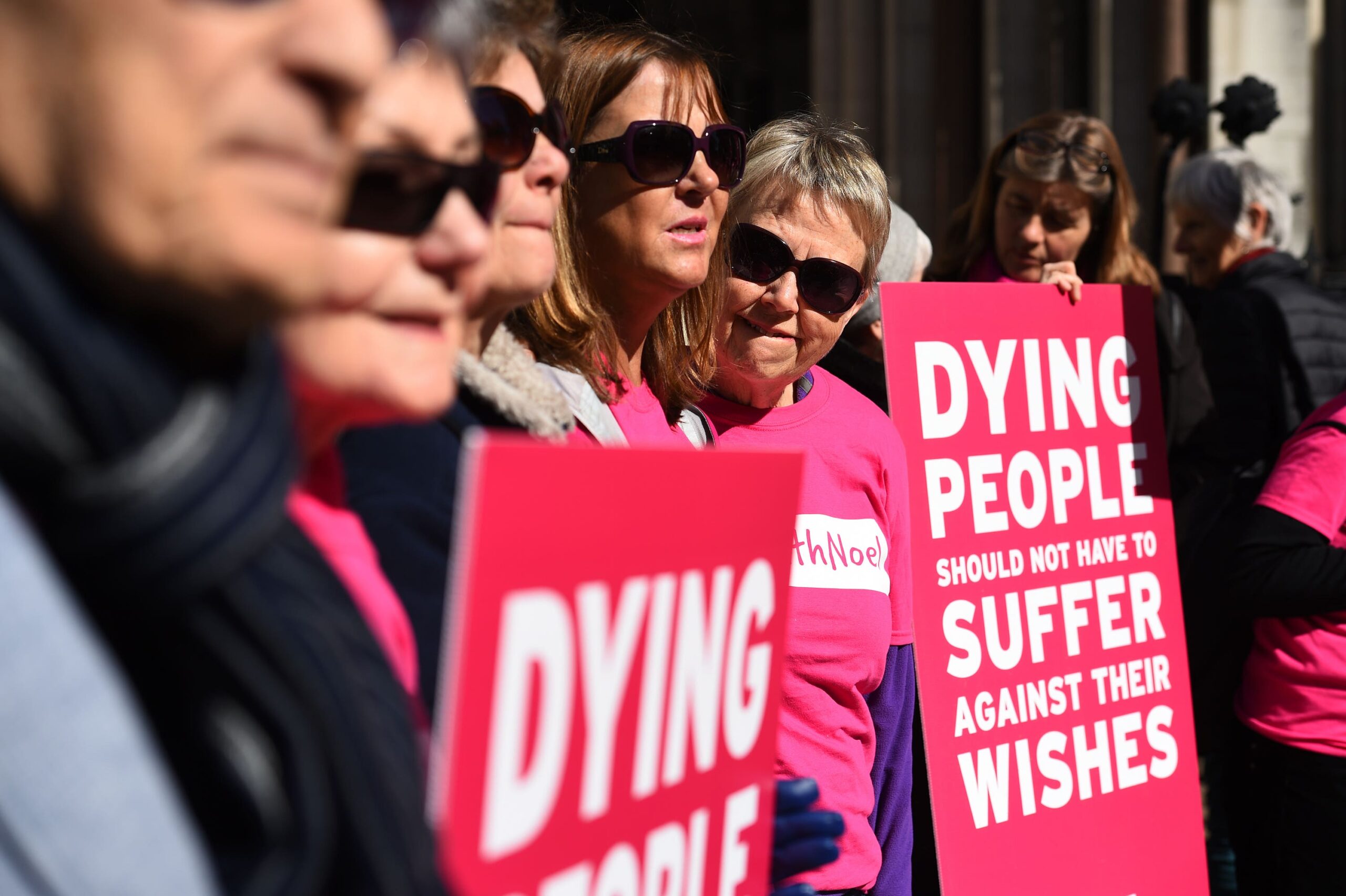 The House of Lords is to debate a bill to enable the terminally ill to seek help to end their life.

The Assisted Dying Bill, tabled by the independent peer Baroness Meacher, gives patients of sound mind, with six months or less left to live, the right to die by taking life-ending medication.

Currently, those who are judged to have assisted the suicide or attempted suicide of another person can be jailed for up to 14 years.

Under the terms of the bill, the person wanting to end their life would have to sign a declaration approved by two doctors, which is signed off by the High Court.

Lady Meacher said she was introducing the legislation to alleviate “unbearable suffering” among the terminally ill.

“Should we really be leaving people who are in obviously terrible straits, the most appalling suffering and illness, to die on their own in the middle of the night? Really? Can’t we do better than that as a society?” she said.

The Conservative former cabinet minister Lord Forsyth of Drumlean, who previously opposed right-to-die legislation, indicated that he would be supporting the change this time, following the death of his father from cancer.

“Just before he died I went to see him and said ‘I’m so sorry, dad, you’re in this position’, and he completely took me aback by saying ‘well, you’re to blame, because you and others have consistently voted against the right to die, I would like to be relieved of this, they can’t relieve the pain and I am in this position because of folk like you’,” he told the BBC Radio 4 Today programme.

However opponents, including many religious leaders, warned that it could leave vulnerable people exposed to unwanted pressure.

The Archbishop, the Most Rev Justin Welby, said that although the safeguards in the legislation were stronger than in previous attempts to change the law, they still did not go far enough.

“What we want is assisted living, not assisted dying. There is no difference between us in compassion. It is our concern about the effectiveness of the safeguards and the care for the vulnerable,” he told BBC Breakfast.

“Sadly people make mistakes in their diagnosis. It leaves people open to very, very intangible forms of coercion and pressure.

“I have sat in places where I have known that people were having pressure put on them in ways that would never come out.

“It is just the sigh, the thing of ‘Oh yes it’s rather difficult,’ it’s just the odd comment that moves people who are so vulnerable in the last months of life to feeling ‘Oh well I’d be better off out of here’, even when it’s not what they really want.

“The point is, we have to have compassion for the vulnerable.”

Lord Forsyth, however, dismissed claims that vulnerable people could come under pressure to end their lives.

“Those who say this is a slippery slope, that families might gang up to get the money – all those arguments, I think they’re misguided. What we’re talking about here is people who have less than six months to live,” he said.

What are your views on assisted dying? Do you believe people with terminal illnesses should have greater choice and control over how and when they die? Or do think that any change to the law would threaten society’s ability to safeguard vulnerable patients from abuse?