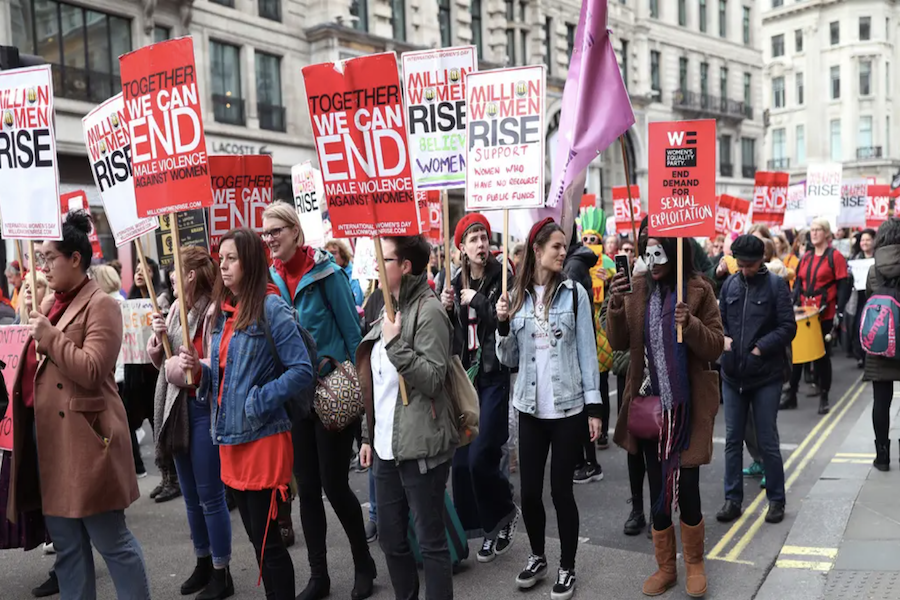 A major Violence Against Women and Girls (VAWG) Government strategy due to be published contains a proposal that could see wolf-whistling and catcalling made a crime under new laws against “public sexual harassment”.

Home Secretary Priti Patel will look at “gaps in existing law” to see if more can be done to ensure women are “confident their concerns will be taken seriously”.

Government sources confirmed they were not ruling out extending new laws to wolf-whistling and catcalls, though no decisions have yet been made.

The possible crackdown on public sexual harassment comes after a Call for Evidence found it was “all too common”.

A Home Office statement said there are already a string of offences that capture some behaviour, but “it is not acceptable that women and girls do not feel safe on our streets.”

The Shadow Home Office minister Jess Phillips said Labour had set out a “wealth” of further proposals, adding: “The services and support required to end Violence Against Women and Girls cannot run on warm words alone”.

“How are we in a situation where we have better protections for statues than for women?”

What are your views? Have you ever been wolf-whistled on the street? How did it make you feel? Do you believe that wolf-whistling and catcalling should be made a criminal offence? How easy would this be to police?  Or do you think the police should focus on ‘real’ crimes such as sexual assault or burglary?

Share your thoughts and experiences in the comments box below.