China’s Yongqing Baohas was named Wildlife Photographer of the Year

A picture capturing a standoff between a Tibetan fox and a marmot, seemingly frozen in life-or-death deliberations, has won the top prize at the Natural History Museum’s annual wildlife photography competition.

China’s Yongqing Baohas was named Wildlife Photographer of the Year for the photo which judges said captures “quite simply the perfect moment”.

Fourteen-year-old Cruz Erdmann took the award for Young Wildlife Photographer of the Year with his portrait of an iridescent big fin reef squid captured on a night dive in the Lembeh Strait off North Sulawesi, Indonesia.

Theo Bosboom, nature photographer and member of the judging panel, said: “To dive in the pitch dark, find this beautiful squid and to be able to photograph it so elegantly, to reveal its wonderful shapes and colours, takes so much skill. What a resounding achievement for such a young photographer.”

The two winning images were selected from 19 category winners, depicting the diversity of life on Earth – from displays of rarely seen animal behaviour to hidden underwater worlds.

Cruz and Yongqing’s images will be on display along with 98 other photographs at the Natural History Museum from October 18 before touring across the UK and internationally to locations such as Canada, Spain, the US, Australia and Germany.

Which is your favourite photo?

The Wildlife Photographer of the Year: Time to choose your favourite shots 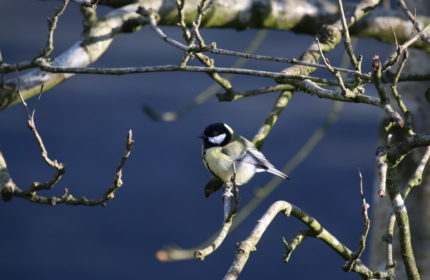