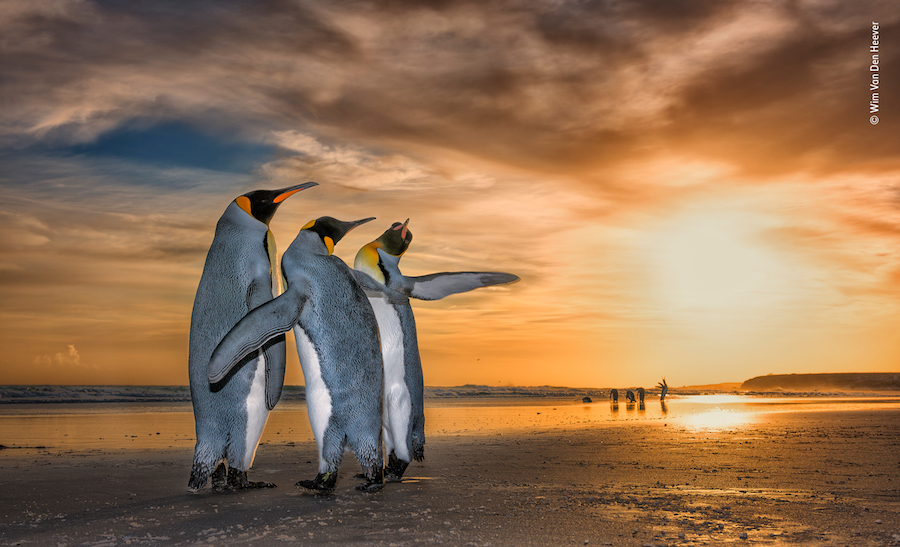 The Wildlife Photographer of the Year: Time to choose your favourite shots

Now in its 54th consecutive year, the Wildlife Photographer of the Year is something of an institution.

From the highest mountain peaks to the deepest ocean trenches, the competition brings together the best of wildlife photography from professional and aspiring photographers across the world.

With over 45,000 applicants for this year’s showcase, the Lumix People’s Choice Award is now giving you a hand in the selection process, asking members of the public to vote for their favourite image from a 25-strong shortlist.

From this shortlist, we’ve selected just eight that have really grabbed us. But which do you think will win?

Just look at those inky-black eyes, those flared nostrils, and those snarling teeth. This image of a crabeater seal was captured just off the Antarctic Peninsula, and gets our vote for sheer, frenetic dynamism.

Snapped near South Bwindi in Uganda, this extraordinary portrait imbues its subject with a deep, uncanny feeling of humanity. The shining eyes and piercing gaze leave the viewer feeling thoroughly melancholic – and strangely guilty. Expect this photo to be surrounded by a crowd of admirers – all tilting their heads 90 degrees to the left.

A female penguin stands with dignity while two males flap and squabble around her, their coats gleaming in the morning sun. Perhaps we’re still in thrall to David Attenborough’s Dynasties, but we think this polar portrait stands alone for visual quality, and for offering a bright, hopeful image of a deeply inhospitable environment.

In a playful vignette of urban living, this fox comes face to face with a 2D counterpart while prowling the streets of North London. Urban foxes are often heard more than seen, so to get ‘two’ of them in one photo is an achievement in itself.

At first glance it is difficult to tell that there are two eagles in this photo. The beaks are a giveaway, and after a second look so are the feet, but the wings seem to merge together in a flurry of movement and feathers. Snapped from a boat off the island of Hokkaido in Japan, we’re still not sure if these sea eagles are co-operating or trying to steal one another’s dinner.

Certainly the most mesmerising photo in the current crop, this photograph-cum-art installation starts to swirl and shift if you look at it too long. Taken from a helicopter above a corner of farmland in Hawaii, the wildness of the tree contrasts with the order of the meticulously ploughed field. Should appeal to lovers of plants, symmetry and optical illusions.

If you’re a bit fed up with the ‘nature red in tooth and claw’ narrative that seems to dominate so much of the animal kingdom, this delightful picture of a family of foxes might just be your antidote. The expectant cubs provide an unusually varied colour palette, while the vixen seems to be unsure whether she’s about to laugh or sneeze.

8. Under the Snow, Audren Morel

Snapped in a blizzard outside the village of Les Fourgs in France, this tough little squirrel posed heroically atop a rock, fur flecked with snow and ears bending in the wind. Easily the most willing subject on this list, Morel had gone to the site to photograph birds but found himself with neither the time nor inclination to turn his lens skywards.

Which photo gets your vote?