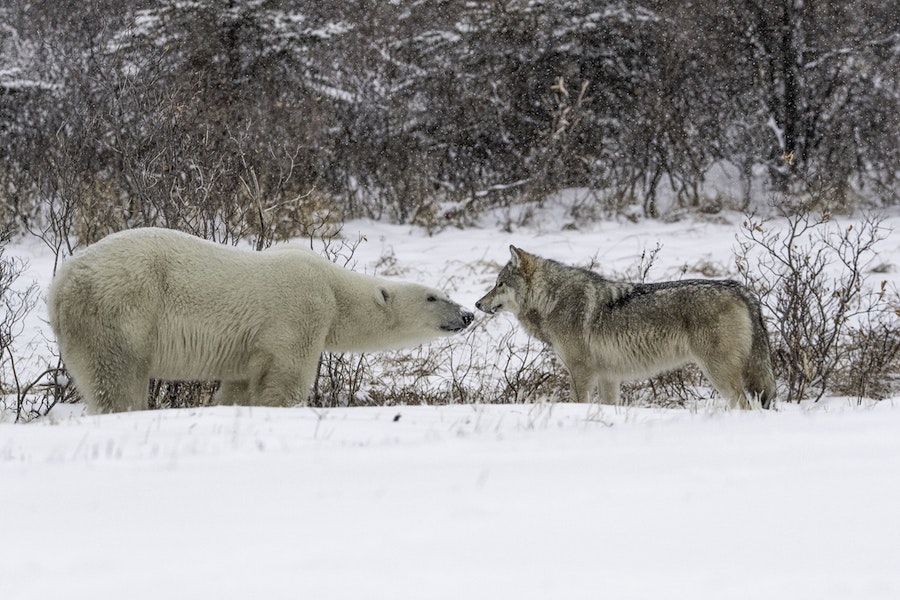 From the glaciers of the Antarctic to a North Korean gym.

Following more than 20,000 entries from amateurs, professionals and semi-professionals from more than 140 countries, the Travel Photographer of the Year (TPOTY) awards have finally crowned their victors for 2019.

Doctor of veterinary science Kate Gomez Catalina was named overall winner, while Indigo Larmour from Ireland became one of the youngest ever entrants to take the Young Travel Photographer of the Year title, at just 11 years old.

These are our picks for best in show…

Overall winner, Travel Photographer of the Year: The second ever female overall winner in the awards’ 17-year history, Katy Gomez Catalina’s portfolio featured this geometric shot from the United Arab Emirates. “I found it symbolic that the two women are under prominent male portraits,” she said.

Another symmetrical snap, Gomez Catalina lined up this picture at the Louvre on a rainy day.

Runner-up, Young Travel Photographer of the Year, 15-18: Russian teenager Alexey Nikitin used a drone to achieve this aerial image of the red roofs of Dubrovnik’s old city in Croatia.

Winner, Young Travel Photographer of the Year, 14 and under: Daniel Kurian first became interested in photography aged eight experimenting with the family iPad. He’s now 13, and triumphed with a series profiling fishermen in the South Indian state of Kerala.

Winner, Art of Travel Portfolio: Paul Sansome took home the Art of Travel prize with a series of hypnotic compositions, including this unique shot of the Taj Mahal, obtained by merging different exposures taken over several minutes.

Runner-up, Art of Travel Portfolio: Ignacio Palacios took this bizarre, bulbous photo in Lapland, Finland. We’re honestly not sure what it’s capturing (trees, anyone?), but it’s atmospheric to say the least.

Winner, Best single image in an Art of Travel Portfolio: Snapped by UK photographer Geoff Shoults, serenity oozes from this photo of a lone hiker cresting a ridge in the Scottish highlands.

Winner, Endangered Planet Portfolio: Alain Schroeder turned in this shot of a baby ape with a broken arm. The Belgian was photographing orangutan rescue and rehabilitation operations in Indonesia.

All the way at the other pole, Ledoux caught these crabeater seals resting on an arrowhead-shaped berg amidst a scattering of jagged sea ice. “Crabeater seals depend on the ice to feed, rest and give birth,” he said.

Highly Commended, Endangered Planet Portfolio: We can only hope Amit Eshel legged it after getting his shot, because this austere Patagonian puma looks in no mood for a close-up.

Commended, Endangered Planet Portfolio: Photographed by a remote-controlled, ground-level “Beetlecam”, this magnificent Kenyan elephant sadly – according to photographer Will Burrard-Lucas – passed away from starvation just a few weeks after this shot.

Commended, Thrills & Adventure Portfolio: Photographers don’t often include themselves in their snaps, but in this vista-cum-self portrait from Senja Island, Norway, photographer Marco Grassi adds a superb sense of perspective.

Special Mention, Single Image in a Thrills & Adventure Portfolio: On another occasion, a meeting between these two apex predators might have ended in bloodshed, but wolf and bear stood in mutual respect just long enough for Russell Millner to get this shot, before going their separate ways.

Joint-winner, Dusk to Dawn Single Image: Another triumph for Will Burrard-Lucas, this shot is a testament to the wonders of technology. Extremely risky for a human, Burrard-Lucas used a motion-sensitive camera to capture this rhino head (and horn) on.