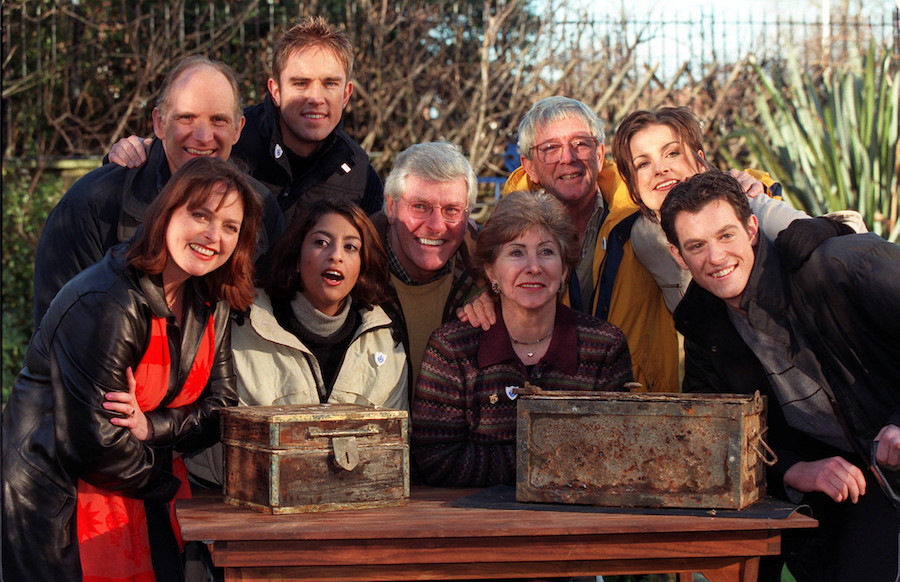 Who has spent the most time on the show’s famous sofa?

There have been 37 official presenters of Blue Peter during its 60 years on television. Here are the 10 longest-serving members of the team:

With his boundless energy, chirpy personality and love of the outdoors, John Noakes created the template for the Blue Peter “action man”. During his record-breaking stint on the show, he climbed a ladder up the side of Nelson’s Column without ropes or harness, made a five-mile high free-fall with the RAF, and survived a nasty crash at 80mph while bobsleighing down the Cresta Run in Switzerland. He also set the trend for pairing presenters with dogs, looking after the mongrel Patch followed by Border Collie Shep.

Peter Purves, Noakes and Valerie Singleton were one of Blue Peter’s best-remembered line-ups. Their long spells on the programme helped cement the idea of a Blue Peter “team”, with distinct but complementary personalities. Purves often played “big brother” to Noakes’ cheeky antics, but he saw his fair share of escapades too, including climbing the Forth Bridge, training with the Royal Signals Motorbike Display Team, and taking part in a medieval jousting tournament. He also looked after another much-loved dog, Petra.

The show’s longest-serving female presenter, Konnie Huq was one of the team who helped to take Blue Peter smoothly into the 21st century and make the show relevant for the internet age. She also proved there was no longer any distinction between what a man and a woman could do on the programme, tackling rally driving, fin-swimming and power-boat racing.

Though Leila Williams was Blue Peter’s first female presenter, Valerie Singleton remains perhaps the most famous. Her calm authority and ease under pressure made her the model Blue Peter host, and she appeared just as home mingling with royalty or learning ballroom dancing as exploring the contents of York’s Roman sewers and landing a light aeroplane.

The show’s first male presenter, Christopher Trace was a rock of stability during the programme’s tentative early years. He had an ease in front of the camera and a way of talking to viewers that helped revolutionise children’s television, shifting it permanently from the stuffy, formal tone of the 1950s into a more relaxed mood for the 1960s – typified by his decision not to wear a tie on camera.

With his dog Goldie by his side, Simon Groom kept the Blue Peter ship safely on course through a period when many other presenters came and went. His highlights included doing a perilous aerial slide off Tower Bridge with the Royal Marines, learning to water ski, and taking part in dragon-boat racing in Malaysia. Groom also filmed many items at his family’s farm in Derbyshire.

Another presenter from a farming background, Matt Baker – along with his Border Collie Meg – brought Blue Peter viewers regular tastes of life outdoors, besides tackling challenges as varied as living in a simulated First World War trench and completing the Royal Marines assault course. He had an unflappable style and was just as comfortable interviewing competition winners as prime ministers.

Undaunted at having to step into Valerie Singleton’s shoes, Lesley Judd went further than her predecessor in helping to change perceptions about what a female presenter could do on television. She asked for, and was given, just as many action-based assignments as her colleagues, John Noakes and Peter Purves, including abseiling on to the Bishop Rock lighthouse during a storm, rally-driving on Exmoor and joining a circus trapeze act.

Already a familiar face on BBC children’s television before he joined the show, Barney Harwood was a natural for Blue Peter and the ideal choice to help steer the programme through another period of change. He stayed on board as Blue Peter moved from London to Salford and from BBC One to the CBBC channel, tackling a string of challenges including learning Cossack dancing, canoeing in a tin bath and trying out the longest zip-wire in Europe.

Simon Thomas was part of Blue Peter’s longest-lasting quartet of presenters, alongside Konnie Huq, Matt Baker and Liz Barker. He was another of the show’s action men, running the London Marathon, climbing Mount Kilimanjaro and training with the England under-18s squad. But he was also just as willing as his colleagues to dress up for the show’s many historical sketches or the annual Blue Peter panto. 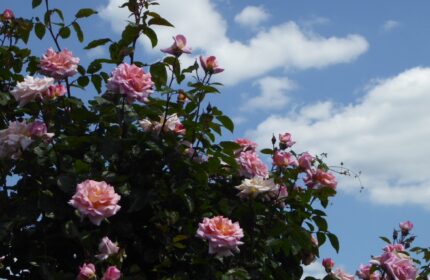