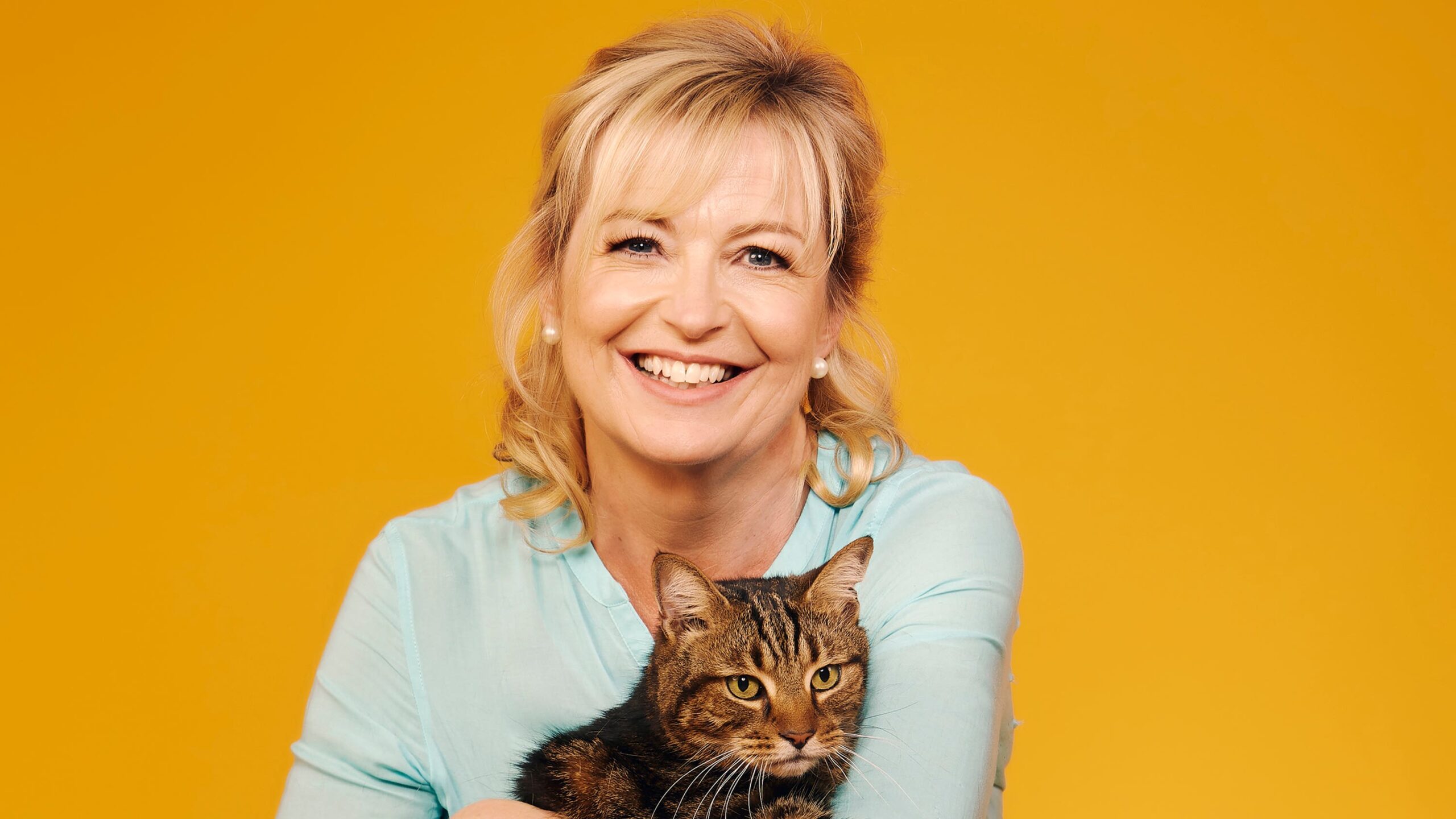 As her debut romantic novel is published, the BBC weather presenter talks about her own romance and the sunny outlook of her career.

Romance is in the air for Carol Kirkwood, our sunniest weather presenter, both in her private and professional life.

“I’m a born romantic,” the bubbly Scot admits. “I love a happy ending. There’s so much going on in the world with Covid, and everyone’s been through such a tough time with lockdown and illness, and losing loved ones and not being able to say goodbye to them – it’s nice to have a bit of escapism and romance, and something that can transport you to somewhere else.”

The genial BBC Breakfast weather presenter and former Strictly contestant now has a new string to her bow – her first novel, Under A Greek Moon, a romantic holiday read about a Hollywood actress embroiled in a scandal who returns to the Greek island where she fell in love with an enigmatic tycoon long ago, has just been published.

Kirkwood, 59, who lives in Berkshire, quips: “I love the escapism of it, because it’s probably the closest we’re going to get to a summer holiday.

“I write the kind of book I would like to read myself. When I was a teenager, I read Jackie Collins, Penny Vincenzi and that genre. I wanted to write romance, glamour, Hollywood, with actors and actresses in it, escapist, going to different countries.”

She wrote it over lockdown, discussing the plot with her long-term partner, who she won’t name, but who has been described by one magazine as her ‘secret boyfriend’.

“He’s only a secret boyfriend because I never talk about him,” she says wryly. “I always feel that through my job, I put myself in the public eye and am very happy, but my partner and my family and my friends haven’t, so I’m hugely respectful of their privacy.

“I just don’t talk about them, other than to say that my partner is drop-dead gorgeous, he’s funny, he makes me very happy.”

And he’s romantic, she agrees.

“He gets up at quarter to three in the morning to make me a cup of tea before going to work – if that’s not romantic, I don’t know what is.”

Kirkwood prefers her romance on a smaller, more regular scale. “Grand romantic gestures like whisking you off to Paris for a champagne-filled weekend are all very nice – and I wouldn’t knock that, but I would rather somebody was consistently romantic with their gestures and the way they are with me.

“I love chocolates and he’ll come home with my favourites. Or he’ll say to me, ‘You look nice today’, he’s just lovely.

“Sometimes he leaves me love notes. If I go to work before him, I come home and I’ll get a nice little love note saying, ‘Hope you had a nice day, look forward to seeing you later’.

“I’m not as romantic as he is – I just take care of him and want the best for him. I’m not one for grand gestures either. We live a fairly simple life. If I’m out and I see something I think he’ll like – it might be a funny book – I’ll buy it for him. We take each other by surprise with our gestures.”

Kirkwood, who was married for 25 years to businessman Jimmy Kirkwood before they divorced, has said that she found singledom liberating following the split.

“I didn’t do any online dating at all. I was quite happy being single. I met people either through friends or work or other functions. I only had a couple of boyfriends after I got divorced. Seems strange calling them ‘boyfriends’ at my age. But I was never looking for anybody, because I was content and enjoying my life as it was.”

She met her current partner at a party. “We liked each other at first sight. I think he’s very handsome. He gave me his phone number and didn’t presume to ask me for mine.

“We didn’t meet for ages afterwards, although we spoke on the phone quite a bit. So we got to know each other over the phone at first. He was really nervous when I met him for coffee and we just hit it off.”

She has no plans to get married again, she offers.

“Never say never, but it’s not on the cards at the moment. We’re happy as we are.”

Born in Inverness-shire, one of eight children, she comes from a close family but doesn’t have children of her own.

Focusing on her career, she’s quick to dispel rumours that she is to be replaced on BBC Breakfast. She went down to four days a week several years ago and believes the rumours started simply because she no longer works there on a Friday.

Indeed, she has no plans to leave the BBC but is aware that there are constant shake-ups there.

“I don’t worry about it. One day, it is going to happen. They will either say, ‘Thank you very much’ or I’ll say, ‘I’ve had enough of the early starts and it’s time for me to have a long lie-in’.

“But I love my job. It’s such a privilege. I love the weather. It changes every day, plus I get to go out to amazing places, to events, to Wimbledon, to the royal weddings with the crowds outside. I’d be a fool to want to give that up. The BBC will have to get rid of me.”

Her BBC job and colleagues give her the energy she needs to continue with her positive, happy outlook. There are more books on the cards, she says, which will be romances.

“I’ve already started book number two and, at this age, having what I hope will be a second career to run in parallel with my BBC career, is brilliant. I’m getting the bug for it now.”

Under A Greek Moon by Carol Kirkwood is available now from Amazon.