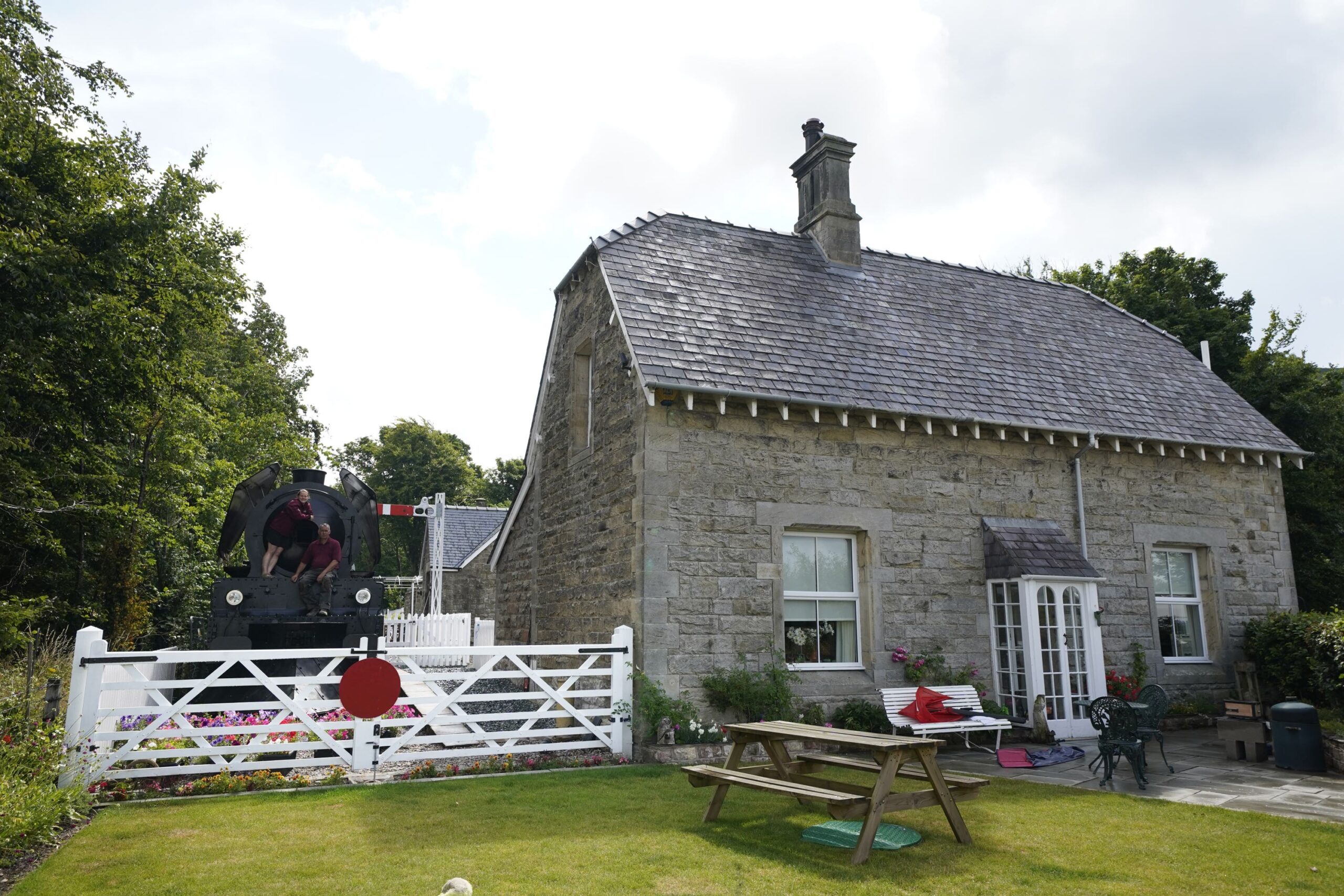 Cumbria’s Bassenthwaite Lake station, where the last train pulled out in 1966, has been transformed in a two-year project.

A “hidden” Lake District railway station will be revived this week with a dining experience on a Hollywood movie restaurant carriage as its centrepiece.

Members of the public can take their seats in a replica French SNCF steam train featured in the 2017 film Murder On The Orient Express, which was directed by and starred Kenneth Branagh, and also featured Penelope Cruz, Johnny Depp and Michelle Pfeiffer.

The two-year project to transform Cumbria’s Bassenthwaite Lake station, where the last train pulled out in 1966, began when local couple Di and Simon Parums purchased the site.

Mrs Parums, 54, said the station was always part of her life as she enjoyed childhood summer holiday visits to her grandparents, Archie and Gladys Wedgwood, who lived nearby.

She said: “It closed just before I was born and it had fallen into disrepair so it’s always been something that has been there but it’s just we’ve never known anything about it until the opportunity arose to purchase it.”

After decades of refurbishing and restoring heritage properties, she and her 55-year-old husband embarked on their “most exciting project yet”.

Mrs Parums said: “The station building was completely derelict. It had walls only, no roof, no windows, everything rotten, everything dropping to pieces. It had been stripped bare over the years.

“And the railway line itself, you couldn’t even see it ever existed, it was hidden completely. You couldn’t see the track, the platform edge or anything.

“The site was covered with trees, which had originally been self-seeding saplings, I suppose, and it had gone wild. These trees were 60ft tall by the time we took over the site and all the leaf mould and detritus had dropped on the track bed and hidden it.

“So we gradually, gradually dug it away and found the old track bed was there, the old station wall was there, and then the idea of the carriage came in.”

The couple went to look at a carriage at a specialist haulage yard in Stoke but thought it unsuitable and instead “seized the moment” when the opportunity arose to acquire the film set train when a buyer pulled out because of problems of transporting it to Ireland.

A total of 32 seats are available in the restaurant carriage and another 20 in the cafe in the station building.

An authentic railway dining experience is promised in the carriage with the retention of the specially adapted features for a working movie set.

Mrs Parums said: “The carriages are slightly wider and slightly taller and it was to allow the crews to get their angles when they were filming. The tables were actually Velcroed into position so they could be moved easily as well – that’s quite fun.

“And it has quite a soft suspension so it wobbles around when you climb into the carriages because it didn’t actually move when they were filming so they needed to make it sway as waiters and waitresses were carrying drinks and food.

“I still grin from ear to ear every time I go in it.

“We will get people who will say ‘That’s not the right train for the track’ and ‘What a shame it’s French. If you look at it like that then the whole world’s a shame, isn’t it? But actually, it’s an awful lot of fun. We now have a train in a station that has not had one in it for 50 years and it’s got a really good provenance and history.”

She added: “I feel we are almost custodians of a lovely little piece of heritage. Of course, we are the owners now but actually, this has got another 100 years of history to create for itself so it’s that lovely feeling of making that bit of difference, passing on something special to the next generation who can use it again how they see fit.

“It’s preserved an old station which allows members of the public to visit, which is really unique down here because they are all converted houses.”

– Bassenthwaite Lake station officially opens on Friday and more details can be found online at https://www.facebook.com/Basslakestation/