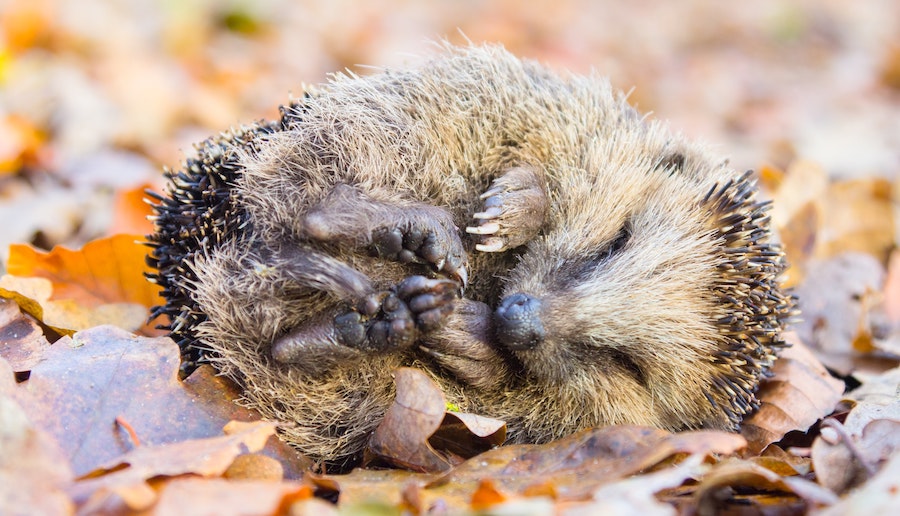 How to give wildlife a helping hand with hibernation this winter

As the cool nights arrive, animals are getting ready to hibernate – and there’s plenty gardeners can do to make it easier for them.

While the only common creatures that hibernate in this country are hedgehogs, dormice and bats, other wildlife, including insects and amphibians, enter ‘torpor’ – a similar state of inactivity which doesn’t last as long as hibernation, according to leading conservation charity the Woodland Trust (woodlandtrust.org.uk).

So, which animals can we help and how?

If you have a compost heap, you’re already half way there for helping hedgehogs, because these hibernating mammals love them. So make sure you do any compost-turning slowly and carefully during the winter months so you don’t disturb your prickly friends, advises Helen Bostock, RHS senior horticultural adviser and co-author of How Can I Help Hedgehogs? Also, don’t block off the crawl spaces under garden sheds and decking, because hedgehogs also hibernate happily under there.

If you accidentally disturb a hibernating hedgehog, cover it back up as quickly as possible, leave a saucer of moist cat food and a shallow saucer of water nearby in case it needs to replenish its supplies, and give its surroundings a wide berth.

It’s not unusual for hedgehogs to wake up and move hibernation sites once or twice during the winter, so don’t worry if it relocates, but try and leave natural shelter such as piles of leaves in the garden.

Or you can buy a hedgehog house – make your garden a welcoming spot for hedgehogs, with this beautiful Igloo Hedgehog House.

With a small tunnel entrance and designed for shelter, it has plenty of space inside to accommodate family groups, but can also be used for hibernation or as a covered feeding station. Just place under a hedge, large shrub or similar concealed place, out of the prevailing wind. 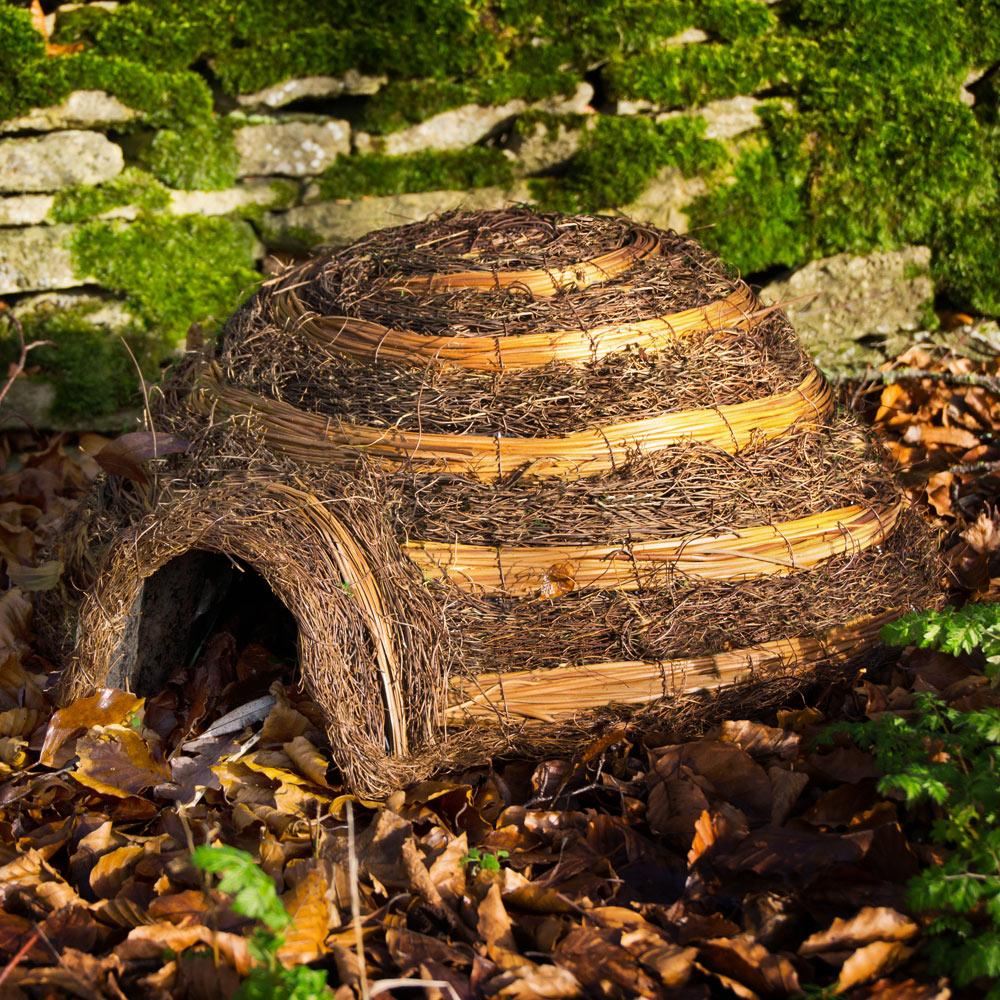 While they may do all their mating in water, most frogs will enter their winter dormancy on dry land, in heaps of leaf litter in soily depressions under a pile of dead wood or rocks; in fact anywhere sheltered that is cool and damp and where they are unlikely to be disturbed. Toads will create burrows in quiet corners.

To help these amphibians, make a hiding place by digging a hole in the ground, around 10cm deep, lining it with gravel, twigs and dry leaves. Then put a large flat stone over the top, such as a piece of paving slab, leaving them enough space to crawl in.

If you have a pond which is well oxygenated, some frogs may overwinter in the bottom of it, burying themselves in the silt layer and breathing through their skin. Stop the pond from icing over by placing a tennis ball on the surface, which will help oxygenation.

Hibernating from November-April, bats can slow their breathing to as few as five breaths a minute, while some can last almost an hour without breathing, according to the Woodland Trust. They eat nocturnal insects, including mosquitoes, so the easiest way to encourage them to your garden is to plant night-scented flowers and introduce a pond.

They usually hibernate in groups in a quiet, cool roost which they seek out in late autumn. Around three-quarters of UK bats roost in trees, preferably old trees with cavities, while others use spaces under the eaves of buildings or wedge themselves into holes in brickwork or in old barns.

The most important thing is not to disturb them. Being aroused from hibernation costs the bats a lot of energy, which makes them lose body fat and can lead to starvation, according to the Bat Conservation Trust. To help their hibernation, you could erect a bat box, ideally above ground, around 4-5m high, in a sheltered spot that receives sun during the day.

For most bumblebees species, winter is a time for hibernation. Queen bees will feast on pollen and nectar to store fat before burrowing deep into soil in early autumn and stay there for up to nine months.

But for the buff-tailed bumblebee (Bombus terrestris) and honeybees, winter can be just as busy a time as the rest of the year. In the warmer parts of the UK, fully active winter colonies of this species are regularly recorded.

Help them survive by choosing a sunny spot for plants which carry nectar-rich flowers through the shortest days of the year, such as Mahonia x media, stinking hellebore and winter-flowering heathers.

Ivy is also a brilliant plant for honey bees, who rely upon its flowers for the majority of the pollen and nectar they collect during the autumn months.

If you accidentally disturb a queen bee, which may have been sheltering in the soil or even in a pot of compost, cover it loosely with soil in the hope it will resume its hibernation. If this fails, mix together a sugar solution of half white sugar and half warm water as a one-off energy boost, placing it on a teaspoon or bottle lid near the bee’s head.

Log piles are a great place to house beneficial insects over winter. Just gather some large sticks and small logs and pile them in a sheltered spot. Some butterflies, including the brimstone, peacock, comma, small tortoiseshell and red admiral will go into winter dormancy as adults and are often found in cool outdoor structures such as sheds. If they find their way into the house, move them gently to somewhere dry, cool and dark, as they won’t survive the warm temperature in your home.

MrsPat
21st Oct 2019
0
Thanks for voting!
We had a couple of Hedgehogs in our garden this summer but they seem to have disappeared-maybe they are hibernating?
ReplyFlag as inappropriate 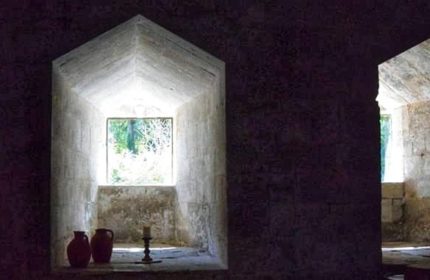