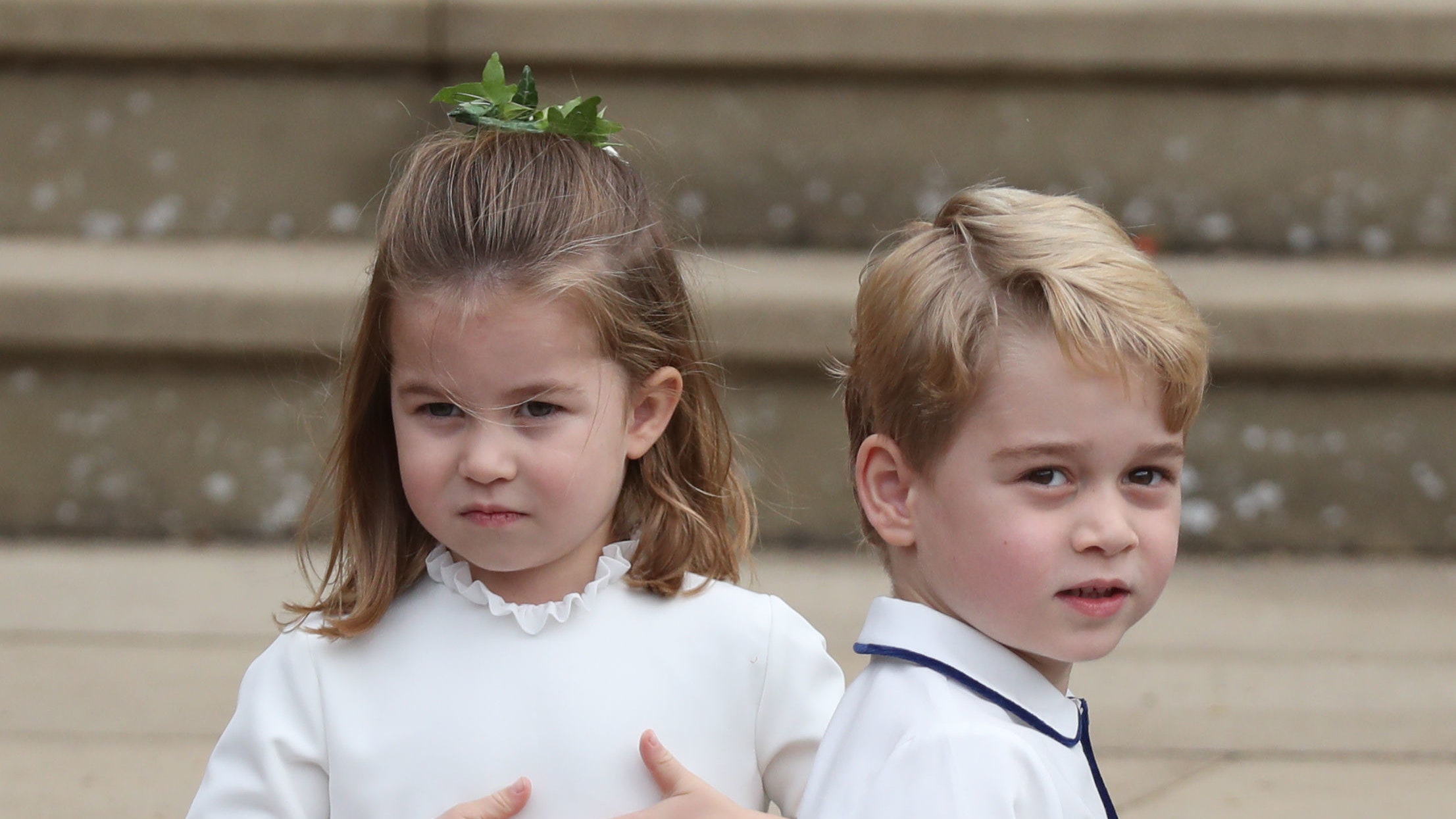 Prince George of Cambridge is about to turn six.

The third in line to the throne and future king is celebrating his birthday on Monday July 22.

The Duke and Duchess of Cambridge’s eldest child has appeared on the Buckingham Palace balcony over the past year and explored Kate’s Chelsea Flower Show garden.

George has also been revealed as a fledgling tennis player – after having a lesson from one of the sport’s superstars.

Roger Federer – George’s favourite player – visited the prince at the home of Kate’s parents in Bucklebury, Berkshire, and said “cute” George had a “good” technique.

Kate, who is a passionate tennis fan, is patron of the All England Lawn Tennis and Croquet Club (AELTC), the organisation which stages Wimbledon.

George and younger siblings Princess Charlotte and Prince Louis enjoy an outdoorsy life, with Kate promoting the health benefits of spending time in the fresh air.

The duchess told Blue Peter presenter Lindsey Russell while launching a competition for the children’s television show: “Rain or shine, they’re dragged outside.”

George helped provide inspiration for Kate’s Chelsea Flower Show Back To Nature garden in May, requesting stepping stones over a mini pool.

The Cambridge children helped their mother gather moss, leaves and twigs to decorate the garden, with hazel sticks collected by the family from their home used to make the den.

The youngsters enjoyed a playful visit with William and Kate to the woodland wilderness garden, which aimed to encourage youngsters to spend more time outdoors.

George clambered across a stream and dangled his bare feet from a low wooden bridge.

The duchess also revealed this year that she has been teaching the prince and his siblings the value of showing affection.

During a visit to Basildon Sporting Village, Kate told a fan: “Hugs are very important, I keep saying that to my children.”

William revealed his son’s continued fascination with flying when he celebrated the 30th anniversary of London’s Air Ambulance Charity.

Presented with a model helicopter, the duke quipped: “I cannot go back without a helicopter – George will never forgive me.”

The prince has completed Year 1 at Thomas’s Battersea school, and this September will begin Year 2 – his final year in the Lower School, before he moves to the Middle School.

Charlotte will be joining her older brother at the private school, where the most important rule is to be kind.

The new school year will bring a few changes for George, with Thomas’s asking Year 2 children to become more responsible, including recording their own homework in their diaries, so the “increasing independence allows for a smooth transition to the Prep School”.

Ten minutes’ reading homework will be set every night and a spelling rule sent home each week, and other 20-minute tasks issued on occasion.

As well as English, maths, science, history and geography, George will be taught French, computing, art and design technology, drama, music, and RE.

But the prince is likely to escape the Key Stage 1 standard attainment tests (SATs) in English and maths taken by state primary pupils at the end of Year 2.

Private schools do not have to abide by the national curriculum.

Campaigners warn that primary school children in England are some of the most tested in the world, arguing that it results in stress and anxiety in youngsters, narrows the curriculum and distracts teachers from teaching.

The Year 2 SATs are being scrapped in four years’ time.