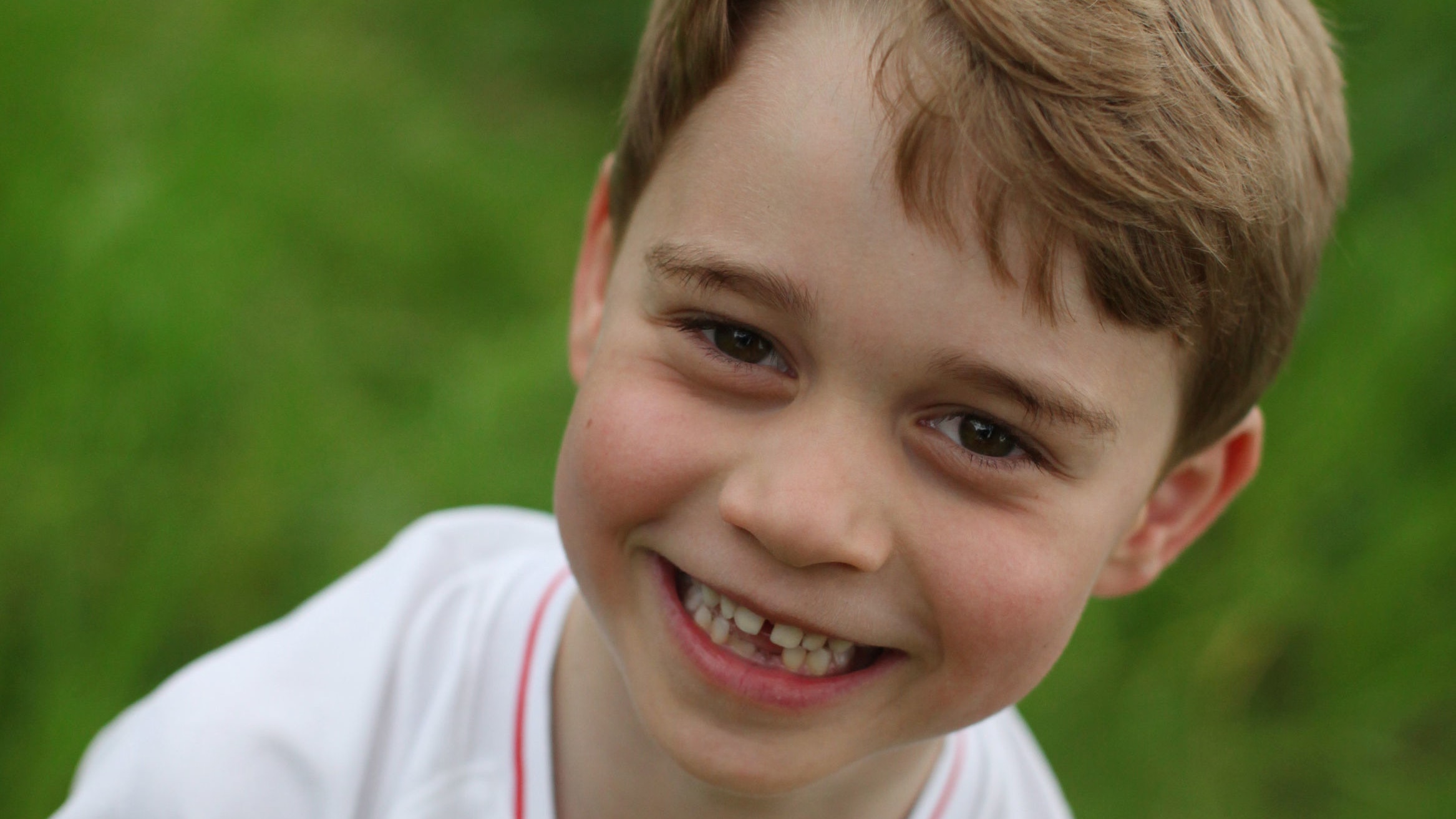 Kensington Palace has released three pictures of the future king to mark his sixth birthday on Monday.

Prince George is photographed beaming in an England football shirt in new pictures released to celebrate his sixth birthday.

Kensington Palace has shared three photographs to mark the occasion on Monday, all taken recently by his mother, Kate, Duchess of Cambridge.

In one snap, the future king laughs as he lies playfully in the garden of their home at Kensington Palace – clad in the white England football home shirt.

A second photograph again shows George in the shirt, grinning gleefully at the camera.

The third picture shows the young prince, third in line to the throne, on a family holiday.

Wearing a green polo shirt and striped blue and white shorts, the prince is stood outdoors in front of a leafy backdrop.

Prince William’s eldest child has appeared on the Buckingham Palace balcony over the past year and explored Kate’s Chelsea Flower Show garden.

George has also been revealed as a fledgling tennis player – after having a lesson from one of the sport’s superstars.

Roger Federer – George’s favourite player – visited the prince at the home of Kate’s parents in Bucklebury, Berkshire, and said “cute” George had a “good” technique.

Kate, who is a passionate tennis fan, is patron of the All England Lawn Tennis and Croquet Club (AELTC), the organisation which stages Wimbledon.

George and younger siblings Princess Charlotte and Prince Louis enjoy an outdoorsy life, with Kate promoting the health benefits of spending time in the fresh air.

The duchess told Blue Peter presenter Lindsey Russell while launching a competition for the children’s television show: “Rain or shine, they’re dragged outside.”

George helped provide inspiration for Kate’s Chelsea Flower Show Back To Nature garden in May, requesting stepping stones over a mini pool.

The prince has completed Year 1 at Thomas’s Battersea school and this September will begin Year 2 – his final year in the Lower School, before he moves to the Middle School.

Charlotte will be joining her older brother at the private school, where the most important rule is to be kind.

Yearly fees for George are £19,287 while Charlotte is given a slight discount for being a second child at £18,915.

The new school year will bring a few changes for George, with Thomas’s asking Year 2 children to become more responsible, including recording their own homework in their diaries, so the “increasing independence allows for a smooth transition to the Prep School”.

Ten minutes’ reading homework will be set every night and a spelling rule sent home each week, and other 20-minute tasks issued on occasion.