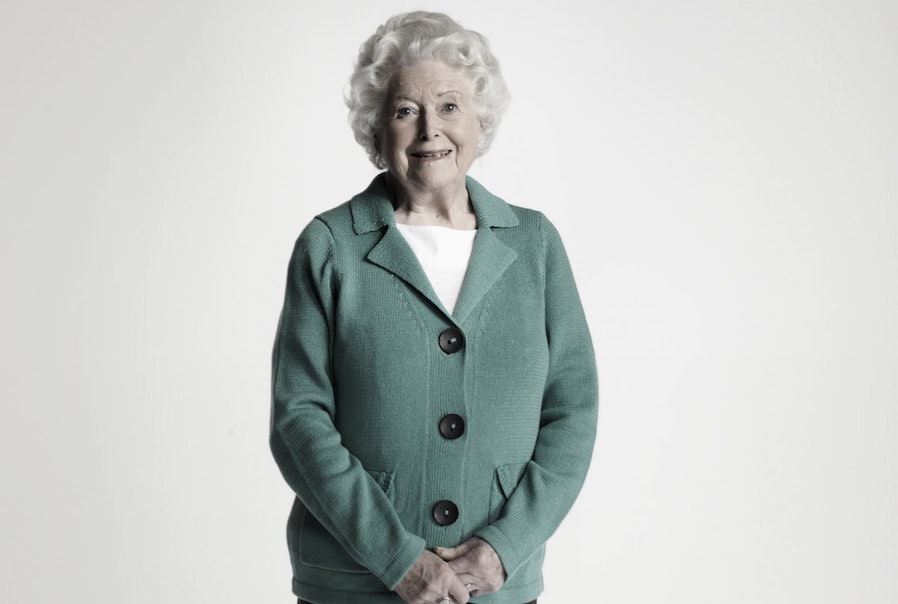 As she turns 100, The Archers star June Spencer reveals the secret to living a long and happy life

The Archers’ star June Spencer is celebrating her 100th birthday and while other centenarians might opt for a quiet life, Spencer is still a working actress – adored by millions of listeners as matriarch Peggy Woolley in the world’s longest-running soap.

Spencer, who turns 100 on Friday June 14, first joined The Archers for a pilot episode back in 1950. Some 69 years later, she is the only original cast member in the BBC Radio 4 drama.

On-air, her character has seen alcoholism, gambling and bereavement and was involved in a hugely moving dementia storyline long before the condition became the talking point it is today.

The Nottingham-born actress, who now lives in a small village in Surrey, has suffered her own personal grief, with the death of her husband and their son.

But even at 100, Spencer has no intention of retiring. We talked to the indefatigable actress about her tips for living a good life.

How do you keep fit?

“I do a seated dance class. It sound a bit silly but it’s actually a very good workout. The music drives you on.

“A trainer tells us what to do all the time. It’s continuous movement for three quarters of an hour, using your arms and legs and your brain.”

Have you always been health conscious?

“When I was younger I could eat anything. I could have a drink and I was fine.

“Now, because I get migraines there are so many things I can’t have, things I enjoy like alcohol, coffee, chocolate, citrus fruit. But it’s worth giving those up, not to have this beastly migraine.”

Do you ever treat yourself?

“Just occasionally, I can have a very small Baileys and can get away with that.

“It’s hard to give up coffee because you go [and meet] friends for morning coffee. I have to have tea or fruit juice.”

What are your secrets to living a long and happy life?

“If you’re born with a sense of humour, that’s a good help. An awful lot depends on your outlook on life.

“You’re born either with your glass half full or half empty.

“But with old age all sorts of things wear out and you can’t get yourself the spares!”

How do you keep your mind healthy?

“I do a lot of Scrabble clubs. My husband used to play with me, and when he died I founded one.

“It keeps your mind working. I do crossword puzzles. I’m addicted to Codewords – I have to do it.”

What do you think about young people today? Are they under more pressure now?

“There’s far too much pressure. Computers are a marvellous invention but they also do an awful lot of evil.

“I sometimes wonder if it’s worth it, especially for very young children.

“When I go on holiday to Menorca, I sit in a cafe, and the children are tied to laptops.

“We used to have such adventures, doing all sorts of things we shouldn’t do, which was great fun. They’re missing out.

“I don’t have a computer or anything like that. In that respect, I’m an old fuddy duddy.”

How have you coped with grief? (Spencer’s husband, Roger Brocksom, died in 2001 after having dementia, shortly before her on-air husband in The Archers had Alzheimer’s. Her son, David, a dancer, died after suffering from alcoholism.)

“If you believe in God, that is a comfort.

“I lost my son, that’s something I shall never get over. But you have to pick up the pieces.”

How do you feel about turning 100?

“Apart from that, I have the same outlook on life as I’ve always had. I’m an optimist. I enjoy life. I enjoy all the beautiful things that are still there.

“I still drive but I don’t drive in the dark or on motorways anymore.”

Do you have any intention of retiring?

“As soon as I start being more trouble than I’m worth, I’ll stop. But I just love it. I think it’s what keeps me going.

“We don’t learn lines of course. I couldn’t do it if I had to do that. I get a pile of scripts to work on. I read them and look for pitfalls, difficult bits, and when I’ve got to breathe, so I go fully prepared.

“But I’m looked after so well in the studio. I’m given concessions. Wherever possible, they give me sitting down scenes.

“My character, Peggy, is about five years younger than I am. She has to be helped into cars, I don’t!”

Are you ever confused with your character?

“Sometimes they call me Peggy. I say I answer to everything!”

The Archers continues on BBC Radio 4, plus hear June Spencer as part of Living Memory, also on Radio 4, on BBC Sounds on Friday 14 June at 1.45pm 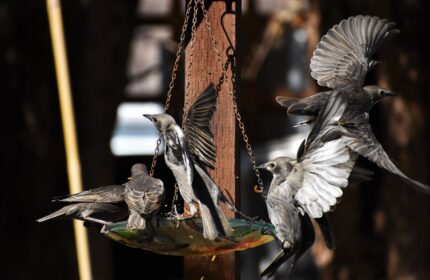