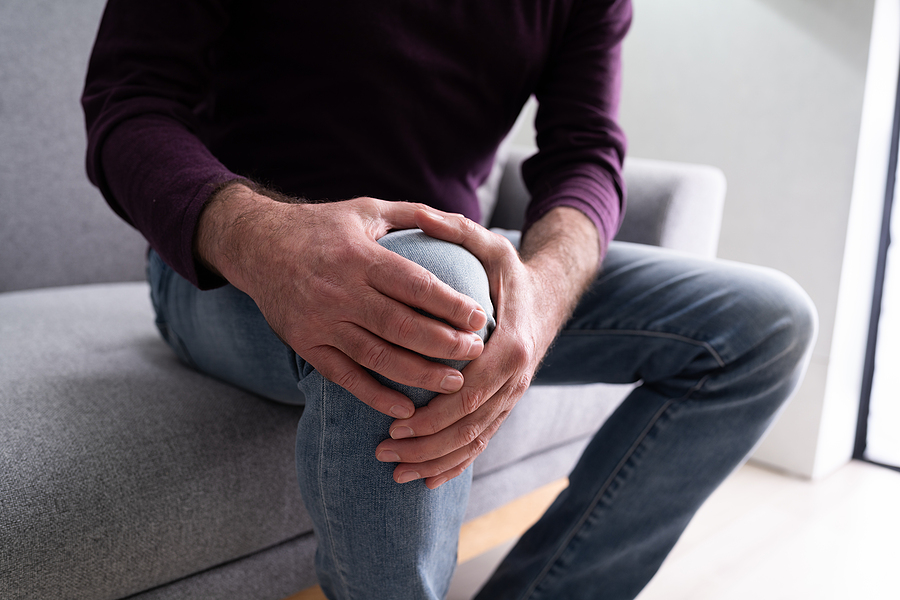 It’s tempting to dismiss arthritis as just aching joints, and something people must learn to live with as they get older. But the 10 million people in the UK who suffer from arthritis know that – far from being just a standard part of ageing – the condition can cause excruciating pain and blight the lives of both young and old.

Ahead of World Arthritis Day on October 12, experts are stressing the importance of busting misconceptions about the condition and the impact it can have – to improve understanding for those affected, and highlight the role of early diagnosis and treatment.

“Around 10 million people of all ages in the UK have arthritis, and it’s the biggest cause of disability in this country,” says Ellen Miller, acting chief executive of the charity Versus Arthritis. “Yet it’s shrugged off by society because it’s invisible and associated with ageing, thanks to persistent myths about who it affects and what it can do to you. The truth is, an arthritis diagnosis can come at any age and can knock your life for six.”

After osteoarthritis – or ‘wear and tear’ arthritis, which affects around 8.75m people in the UK – the next most common type is rheumatoid arthritis (RA), an autoimmune condition affecting over 430,000 people in the country. Clare Jacklin, CEO of the National Rheumatoid Arthritis Society, points out that the of pain and chronic fatigue caused by RA is often invisible, and as a result, people with RA have to battle misconceptions and stigma, as well as the disease itself.

In a bid to tackle this, the NRAS has teamed up with pharmaceutical company Galapagos UK to create the We R.A. Priority campaign.

“Knowing what RA is, the symptoms to look for, and that it can affect anyone of any age can make a significant difference in getting an early diagnosis,” explains Jacklin. “There’s a window of opportunity that, if missed, can cause delays in getting early treatment, which can lead to long-term negative impact. Raising awareness of RA is vital for driving earlier diagnosis and helping prevent the often irreversible damage it can cause to a person’s body, mental health, family and career,” she adds.

1. Only old people get arthritis

False – Miller says you can get arthritis at any age, even childhood, when it’s called juvenile idiopathic arthritis (JIA). In fact, two-thirds of people with arthritis are under 65 and nearly three million are under 35, she says.

False – Arthritis can be devastating, with eight in 10 people experiencing pain every day, explains Miller: “The pain and fatigue steal your independence, ability to work, travel or socialise and make you feel like a burden. Many people don’t even admit to their friends and family what it’s like.”

Jane Barry, medical director of rheumatology at Galapagos, says: “One of the symptoms of RA can be joint pain, yes, but the condition can have an effect on other aspects of health too. In fact, a Galapagos survey last year found one in six people with RA have also been diagnosed with a major depressive disorder.”

Due to pandemic disruption in the NHS, Miller says the situation for people with arthritis is at its worst ever, with thousands waiting for trauma and orthopaedic treatment (the vast majority needing hip or knee replacements).

“Thousands of people on the waiting list have been left without support and are struggling physically, emotionally and financially,” she stresses, pointing out that Versus Arthritis is also running the ‘Impossible to Ignore’ campaign urging people to contact their MPs to press for urgent support for those waiting for joint replacement surgery. “Their lives are on hold, many having to give up work and living in excruciating pain without communication about when they can expect to have surgery,” she adds.

False – While it’s common to have occasional aches and pains in the joints and muscles, Miller says it’s important to see a doctor if you have swelling or stiffness that you can’t explain and which doesn’t go away in a few days, if it becomes painful to touch your joints, or if you can’t do everyday tasks because of the pain. “The earlier you get a diagnosis and find a treatment that works for you, the better the outcome will be,” she stresses.

4. There’s nothing you can do about arthritis

5. Avoid exercise if you have arthritis

6. A Mediterranean diet can cure arthritis

False – No diet or supplement will cure arthritis, says Miller, but a balanced diet, exercise, and not smoking or drinking too much alcohol can all have a huge impact. “Some people find their symptoms are affected by their diet, weight and physical activity levels, but what works for one person may not work for another,” she explains. Changing your diet probably won’t have as great an impact on arthritis as medical treatments, but it can be very helpful.

Being overweight can increase strain on joints, and increase the risk of developing certain conditions. Eating a balanced diet packed with vitamins and minerals could help reduce the side-effects of some arthritis drugs too, and protect from conditions affecting the heart and blood, which can be a complication of some forms of arthritis. But you should always speak to a healthcare professional before making any major changes to your diet and lifestyle.

7. People understand what rheumatoid arthritis is

False – A 2020 Galapagos survey of people living with RA found 99% felt other people either had a poor understanding of their condition or confused it for other forms of arthritis. Barry says: “RA is actually an autoimmune condition, meaning the body’s own immune system targets affected joints, which leads to pain and swelling and other symptoms, including fatigue, dry eyes, chest pain and a loss of appetite.”

Ways to give your immune system a boost this winter
JOIN SILVERSURFERS AND...