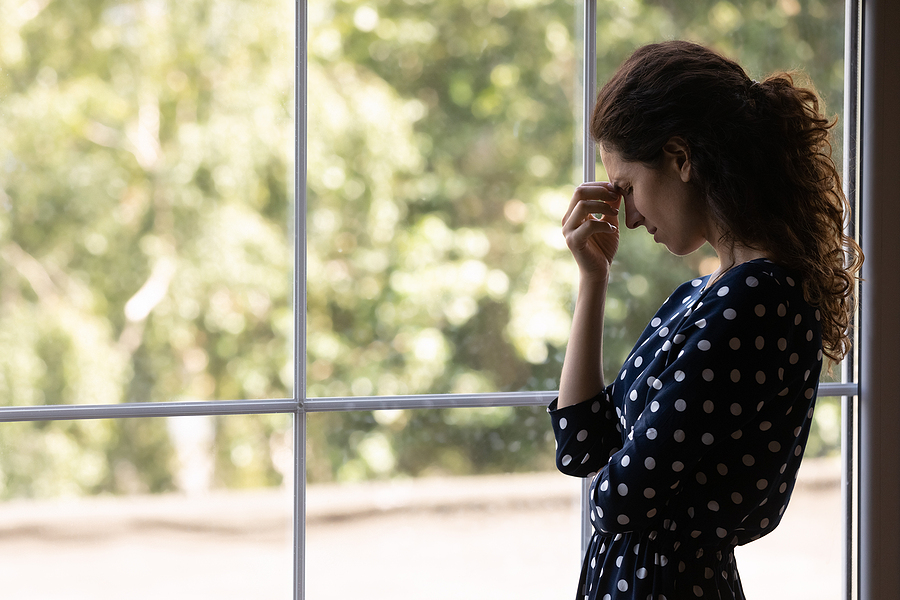 We’re finally starting to talk more about menopause, but what about perimenopause?

Just like menopause, it can have a significant impact – particularly emotionally and mentally, with 86% of women saying they experienced mental health issues as a result, according to a new survey by Health and Her.

So, what do women need to know? We talked to leading gynaecologist Dr Nitu Bajekal to find out more…

Menopause is generally when your periods stop, and you haven’t had a period for 12 consecutive months. It’s a natural part of ageing that occurs when oestrogen levels drop, but it can cause a host of physical and mental symptoms, ranging from mild to debilitating. “The average age for menopause is anywhere between 45 and 55, with most becoming menopausal around 51,” says Dr Bajekal (although some can experience it even earlier).

“Perimenopause means ‘menopause in transition’. It’s the time leading up to the complete cessation of periods. This usually lasts around four years but can last anywhere from two to eight years. So, you can see if your periods are going to stop at 45, some women with perimenopause can start to have symptoms in their late-30s, and many people don’t realise that.”

What are the signs of perimenopause?

The symptoms are basically the same as with menopause – like hot flushes, sleep problems, reduced sex drive, low mood, anxiety and just not feeling like yourself. Some people experience things like brain fog and difficulty concentrating. With perimenopause though, Dr Bajekal says symptoms can “wax and wane”, and your periods may become irregular for a few months, then return to normal for a bit.

This up and down pattern can add to the mental health impact: “You might sometimes think you’re going crazy, because for two or three months you’re having symptoms, then you’re not, your hormone levels fluctuate. You think, ‘Did I imagine that? Is this really happening?’”

Why is perimenopause awareness important?


Dr Bajekal agrees “there is a lack of awareness”, amongst women themselves and sometimes healthcare professionals too. This means not only might women be missing out on treatments and advice that could help them, not knowing exactly what’s going on can make issues worse. “Empowering women with knowledge is key, because once you know something, you’re not so scared of it,” says Bajekal. “You’re not overthinking it, your brain isn’t going into overdrive thinking, ‘Oh God, what’s wrong with me? Do I need anti-depressants, why do I sometimes not feel like doing anything, why do I feel a bit removed from my relationship?’”

Dr Bajekal says it’s important women don’t feel “fobbed off” by their GPs. But it’s also important doctors investigate any other possible underlying causes if necessary: “Because people may be depressed, for example. But it’s about being open to the idea that perimenopause is something that also needs to get the attention it hasn’t [been getting].”

How can your doctor help with perimenopause?


Perimenopause isn’t something that’s diagnosed with tests, explains Bajekal (although some people may have tests to check for other possible causes). But if you’re experiencing symptoms that suggest perimenopause and they’re having a detrimental impact, you could try hormone replacement therapy. Your GP can arrange a trial to see if it helps.

And if your doctor just dismisses it or tells you to come back when you’re 50? Dr Bajekal recommends asking to see someone with a special interest in this topic. “Within the GP group, there will be people who have special interest in, say, cholesterol, high blood pressure, diabetes, women’s health and menopause,” she says.


As mentioned, Dr Bajekal says just having these conversations, and having your worries explained and validated, can be extremely helpful. “It’s about being more aware of the symptoms, the condition, and then women can decide what they need,” she says. “Do I just need to learn more about this so I can feel empowered? Do I need hormone replacement? Do I need to see someone about my mood?”

She is a huge advocate for the role of lifestyle too, citing nutrition, sleep and regular exercise as key. Bajekal says a diet loaded with plants and wholefoods – with plenty of legumes, beans, wholegrains, soya, leafy green veg and fruit – is rich in fibre, nutrients and plant oestrogens. This is good news for health in general and for supporting yourself through perimenopause, helping balance hormones and inflammation.

“And stress,” says Bajekal. “Identify your sources of stress and find ways of managing it, whether it’s through breathwork, yoga, meditation, walking with a friend. Avoiding alcohol and excessive caffeine and smoking; all these can make menopause and perimenopause worse. Whether you take medication or not,” she adds,” lifestyle should always be there – the nutrition, the exercise, the laughing with friends and looking after your mental health.”

Dr Bajekal’s final advice? Even if you’re pretty certain you’re perimenopausal, never ignore gynaecological changes that may need to be checked out more thoroughly and stay up to date with smear tests. “I see it every day, patients who’ve been told, ‘Don’t worry, you’re having heavy periods because you’re heading to the menopause’. No – it’s not normal. If you’re having heavy periods, very irregular periods, new pain in your periods, you should not ignore it. And if you’re having pain or bleeding after sex, make sure it’s investigated.” It might be nothing, or there might be something else – possibly serious – going on. Getting things checked will either put your mind at rest or help ensure you get treatment quickly.

Four things that could be causing your thinning hair

Why it’s so important celebrities are speaking up about the menopause
JOIN SILVERSURFERS AND...