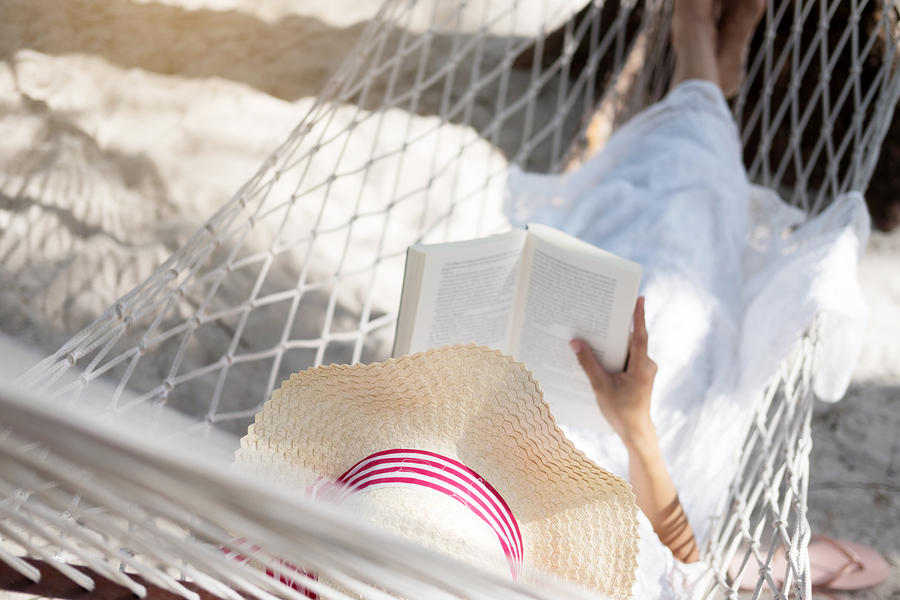 To get you started, below are some suggested titles to kick off the new Summer 2019 Silversurfers Book Club Season… Simply select the title you would like to read, and if you would like to buy it or download it for your Kindle or other tablets, there is a link next to the book title, which will direct you to Amazon, making it simple for you to buy.

One house. Nine strangers. Ten days that will change everything…

Miles from anywhere, without cars or phones, they have no way to reach the outside world. Just time to think about themselves, and get to know each other.

Watching over them is the resort’s director, a woman on a mission. But quite a different one from any the guests might have imagined. For behind the retreat’s glamorous facade lies a dark agenda.

The Library of Lost and Found by Phaedra Patrick

A librarian’s discovery of a mysterious book sparks the journey of a lifetime in the delightful new novel from the bestselling author of The Curious Charms of Arthur Pepper.

Librarian Martha Storm has always found it easier to connect with books than people, though not for lack of trying. She keeps careful lists of how to help others in her notebook. And yet, sometimes it feels like she’s invisible.

All of that changes when a mysterious book arrives on her doorstep. Inside, Martha finds a dedication written to her by her grandmother Zelda, who died under mysterious circumstances years earlier. When Martha discovers a clue within the book that her grandmother may still be alive, she becomes determined to discover the truth. As she delves deeper into Zelda’s past, she unwittingly reveals a family secret that will change her life forever.

Filled with Phaedra Patrick’s signature charm and vivid characters, The Library of Lost and Found is a heart-warming reminder that even the quietest life has the potential to be extraordinary.

In a House of Lies by Ian Rankin

In a House of Lies, who can ever know the truth?

John Rebus might be retired, but he’s far from finished. In this brand new mystery from the peerless Ian Rankin, the ex-DI returns alongside series stalwart Detective Siobhan Clarke in a case that will dredge up the secrets of the past and disrupt an even murkier present.

Contains an exclusive interview with John Rebus, discussing some of his favourite music in ‘A Life In Records’

In a House of Lies…

Everyone has something to hide…
A missing private investigator is found, locked in a car hidden deep in the woods. Worse still – both for his family and the police – is that his body was in an area that had already been searched.

Everyone has secrets…
Detective Inspector Siobhan Clarke is part of a new inquiry, combing through the mistakes of the original case. There were always suspicions over how the investigation was handled and now – after a decade without answers – it’s time for the truth.

Nobody is innocent…
Every officer involved must be questioned, and it seems everyone on the case has something to hide, and everything to lose. But there is one man who knows where the trail may lead – and that it could be the end of him: John Rebus.

When I was born, the name for what I was did not exist.

In the house of Helios, god of the sun and mightiest of the Titans, a daughter is born. Yet, in the golden halls of gods and nymphs, Circe stands apart, as something separate, something new. With neither the look nor the voice of divinity, and scorned and rejected by her kin Circe is increasingly isolated. Turning to mortals for companionship, she risks defying her father for love, a path that leads her not to the marriage bed but to a discovery of a power forbidden to the gods: witchcraft.

Banished by Zeus to the remote island of Aiaia, Circe refines her craft, fate entwining her with legends: the messenger god, Hermes. The craftsman, Daedalus. A ship bearing a golden fleece. And wily Odysseus, on his epic voyage home. As her power increases and her knowledge grows, so Circe must make the ultimate choice: to decide whether she belongs with the deities she is born from, or the mortals she has come to love.

A source of fascination for ancient writers from Homer to Ovid, Circe is a character whose story is steeped in magic and mystery. Caught up in the story of heroes, she is a figure apart, a player in the lives of heroes and gods but one who has never commanded her own story, until now.

Those People by Louise Candlish

Could you hate your neighbour enough to plot to kill him?

Until Darren Booth moves in at number 1, Lowland Way, the neighbourhood is a suburban paradise. But soon after his arrival, disputes over issues like loud music and parking rights escalate all too quickly to public rows and threats of violence.

Then, early one Saturday, a horrific crime shocks the street. As the police go house-to-house, the resident’s close ranks and everyone’s story is the same: Booth did it.

But there’s a problem. The police don’t agree with them.