Menu
Articles
Articles NostalgiaDo you remember the rag-and-bone man with his horse and cart? 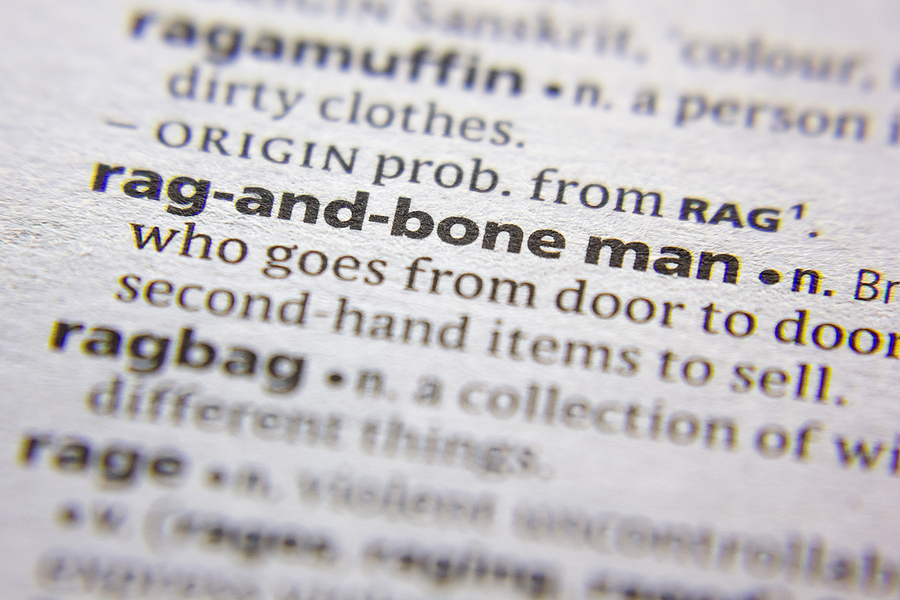 Do you remember the rag-and-bone man with his horse and cart?

The rag-and-bone man, with horse and cart, was once a common sight on British streets as he collected second-hand goods from door-to-door.

These enigmatic figures ringing a brass hand bell and calling out ‘rag n’ bone!’ or ‘any old iron!’ would send people rushing to their doors with their unwanted items.

Here we step back in time and take a look at this historic recycling method:

Rags were sold on for recycling into paper or cloth and bones were sold to be ground and made into glue and fertilizer. Old metal was also collected for scrap.

Rag-and-bone men or Totters would cover a district about once a week and played an important role at taking away unwanted material. They were generally welcomed by residents as not only would they take away almost any unwanted items, but they would pay for it too! Payment was generally very small, not necessarily in money and usually something for the children of the house such as sweets or balloons.

Why rags and bones? 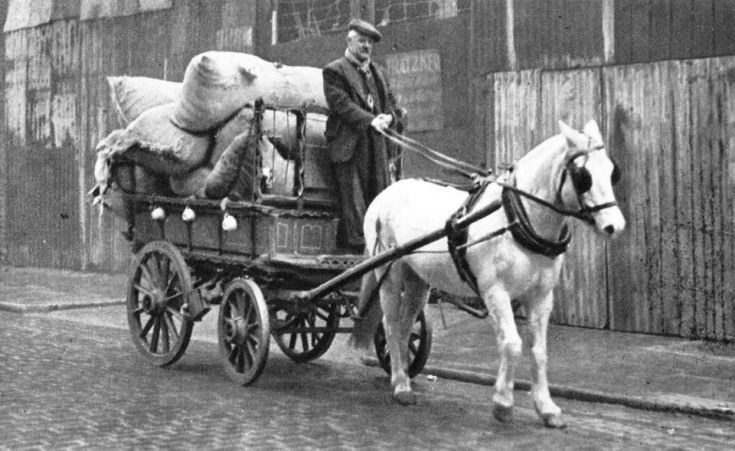 Rag was any form of clothing. As this was before the days of synthetic yarn such as nylon, most cloths were either cotton or wool.

There was a vast market for the rags. Some of its uses included carpet underlay, mattress stuffing, and seating in trains and buses.

Bone was animal bone. And before the days of plastics, buttons on clothes were either bone or rubber. Also, during the 1920’s and 1930’s most people bought meat on the bone such as a leg or shoulder of lamb, or a cut of leg of beef. The meat was roasted and fed the family for two or three days. Then the bones were boiled clean in a saucepan for soup, and then saved for the rag-and-bone man.

The market for the bones was for fertilizer. It was burnt into a powder and sold as bone meal. It is believed that the origin of the word bonfire is ‘bone fire’.

The rag and bone man’s decline 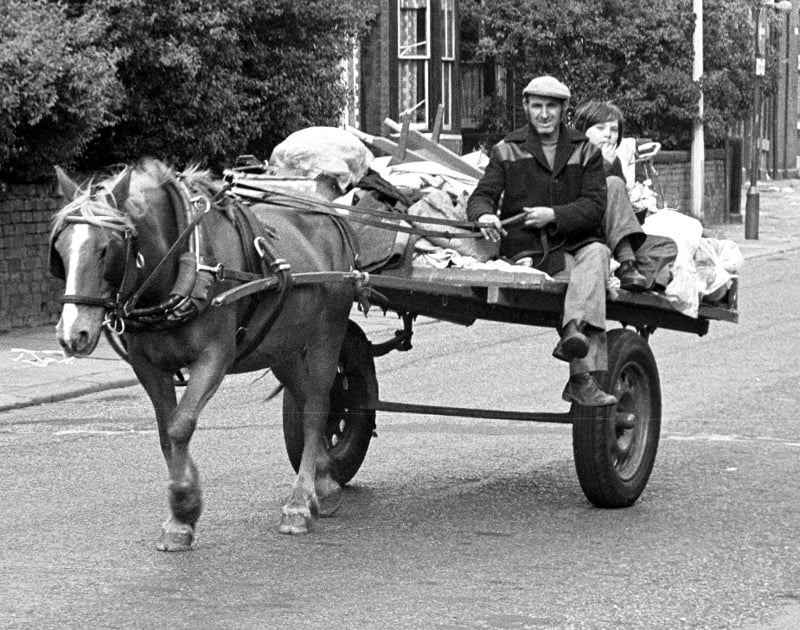 At the outbreak of war people were asked to donate glass, iron, aluminium, glass, old clothing and paper to the National War Effort, as resources for fighting the war which was then collected by the local council. This of course hindered the rag and bone man’s means of making a living. Many of the younger rag and bone men were called up to do their duty and the older ones were seconded elsewhere so many did not survive the war years.

After the war the rag-and-bone man did re-appear briefly, but sadly many of today’s younger generation have never heard the term ‘rag-and-bone-man’ as they have largely all but disappeared from our modern streets.

It was still relatively common however to hear a rag and bone man calling to householders as late as the 1970’s, shouting and ringing their bell. The profession even spawned a hit TV comedy show during the 1960’s and 1970’s in Steptoe and Son with Wilfrid Brambell and Harry H. Corbett starring in the lead roles.

Today we have Council rubbish tips and car boot sales to take all unwanted household articles, a service that rag-and-bone men had provided for hundreds of years.

Did you have a rag-and-bone man visit you? What memories do you have?

Recyledteen
28th Jul 2020
0
Thanks for voting!
I had a new cardigan that I didn’t like and took it off and gave it to the rag and bone man and got a balloon and my mum ran after him to get it back and he also took the balloon back
ReplyFlag as inappropriate

‘Doing the step’ with a Donkey Stone

Memorable TV Adverts – which is your favourite?

Spaghetti Westerns – how many do you remember?