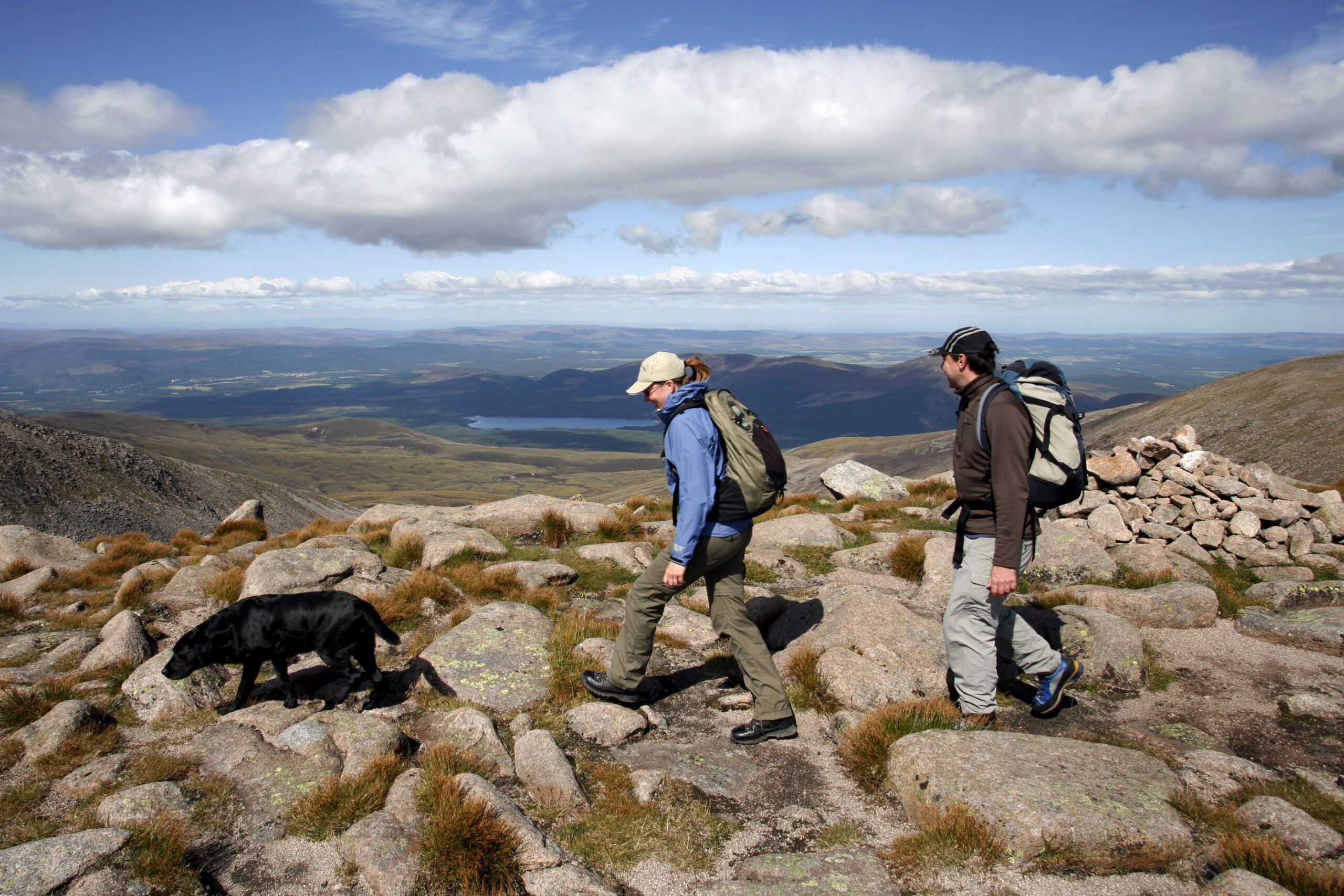 In celebration of May’s National Walking Month, we take a look at some of the best areas to walk

Long walks are a remedy for clearing minds, soothing souls and improving physical fitness – all currently in demand. But exploring an area with your own two feet is also the ultimate way to travel freely, leaving speed and stride to personal choice.

May’s National Walking Month is an excuse to step up pedestrian activity by embarking on multi-day hikes or shorter strolls, slowly absorbing beautiful scenery along the way.

Ranging from tough trails to easy ambles, the UK and Ireland have a variety of options. Here are some new routes to try – whatever your pace.

Known as the Apostle of Ireland, St Patrick has become a treasured symbol of the emerald isle. Follow in the footsteps of the 5th century missionary on a new tour along the Pilgrim’s Way and the medieval town of Downpatrick, with commentary provided by guides from the Saint Patrick Centre. The 18-mile path can be completed in a day (or two half days), and covers highlights such as the world’s only St Patrick Exhibition, the largest statue of St Patrick in the world, Patrick’s first church in Ireland, and the first Healing Wells in Ireland at Struell.

Explore remote glens and lochs in the Cairngorms, admire art-worthy landscapes in Glencoe and Loch Leven, and even rise to the challenge of summitting Ben Nevis. With a collection of cosy hotels from which to choose there is no better way to explore the highlands than on foot!

Take suppers in your stride

A good stomp deserves a decent feed, so pitstops are an important consideration when planning a route through the Yorkshire Dales National Park. Two foodie haunts: The Black Swan in Ravenstonedale and The Black Bull in Sedbergh – both serving comforting pub fare in cosy surroundings should do the trick nicely. Clock up enough calories to tackle a challenging ramble involving a climb up Wild Boar Fell (the fifth highest peak in the Yorkshire Dales), a visit to the ruins of Pendragon Castle at Mallerstang, and a riverside walk to cool down on the return stretch from Dent to Sedbergh.

Pilgrims of the north

Tipped to be the UK’s answer to Spain’s classic pilgrimage route the Camino de Santiago, six new Northern Saints Trails bring to life tales of Britain’s holiest heroes – all rooted in the Durham region’s Christian heritage. The 28-mile Way of Love focuses on three important female figures, St Hilda, St Helena and St Mary Magdalene, travelling from Hartlepool to Durham and covering some of the most important nature reserves in the north east. The 30-mile Angel’s Way, meanwhile, traverses Tyneside from a site that once housed St Cuthbert’s remains, to works of modern art and architecture, including Antony Gormley’s triumphant Angel Of The North.

During the 1700s, coves and cliff crevices along the south coast provided useful hiding spots for smugglers, but today, only legends and folklore remain. Using a virtual app, this three-day self-guided tour retraces their footsteps and explores the best of the South Downs, starting in country town Lewes and finishing in Eastbourne. Part of the route follows tracks used by Churchill’s tank in the Second World War, now paved with peaceful paths and meandering rivers. Trails also wind through ancient woodlands, where inhabitants include the burnt orchid, barn owl, chalk carpet moth and the rare barbastelle bat.

Declared the UK’s first Area of Outstanding Natural Beauty in 1956, The Gower Peninsula is famous for its sparkling beaches, dramatic moors and wild coastline. A three-mile stretch of golden sands, Rhossili enjoys worldwide acclaim for its dunes and a rocky promontory known as The Worm’s Head, where poet Dylan Thomas was once stranded when he misjudged the tides. Other treasured habitats include the Whiteford Burrows Nature Reserve, the Llanrhidian Marsh SSSI (Site of Special Scientific Interest) and the Oxwich Burrows National Nature Reserve. And no trip would be complete without a view of the iconic Mumbles lighthouse, a beacon of marine glory built in 1794.