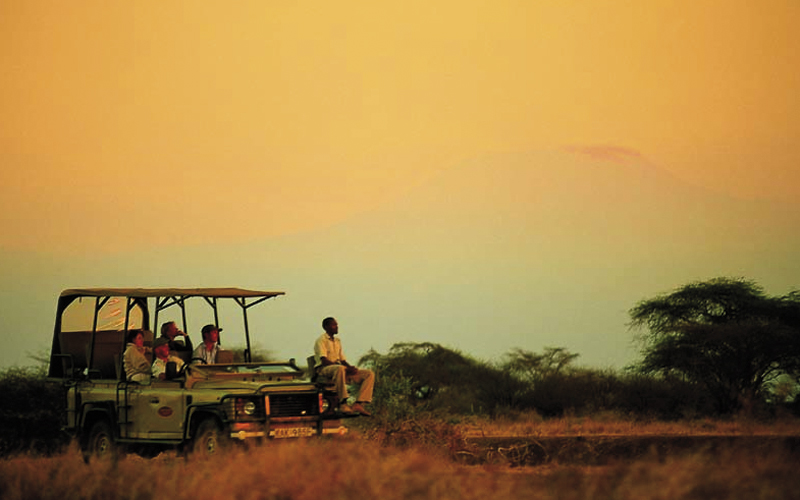 It’s not easy to generalise about the safari experience, but sometimes it is helpful.

Despite the internet and the globalisation of travel there’s still nothing homogenous about Africa. The safari experience varies from country to country – and even one park to the next.

The safari was born in East Africa, with the famous and wealthy blasting their way through Kenya and Tanzania. Their interest in Africa was mainly in shooting as many animals as they possibly could but this did get the locals used to catering for Western tastes. The East African tent was conceived, for instance, providing walk-in comforts for their discerning clientele, and the art of bush cuisine was perfected using simple bush ovens. As hunting fell out of fashion – and became more obviously unsustainable – this left Kenya and Tanzania poised to cater for the photographic safaris that were to follow.

The safari industry is huge in East Africa, with countless minivans converted with pop-top roofs to allow clear views of the wildlife without any danger of being eaten. The most iconic National Parks can get crowded but it is still quite possible to experience East Africa on your own. There are National Parks that are simply less visited and also private reserves where visitor numbers are strictly limited. In the arid north of Kenya you can get away from vehicles altogether by travelling on a camel safari, and you’ll have the landscape to yourself if you head up Mount Kenya.

Accommodation in East Africa can be in permanent lodges, tented camps or even on privately-owned farms. The more you pay the smaller the establishment is likely to be, but you can expect pretty high standards of cuisine and service at any level. 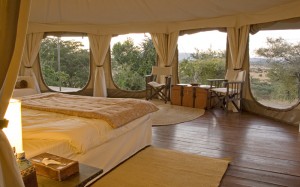 East Africa is also distinctive in that the indigenous population add colour to the experience. Samburu and Maasai warriors, with lavish ochre hairstyles and distinctive red shawls, share the land with the wildlife and are often partners in community-run ranches and reserves. They are not natural waiters, however, you’re much more likely to find them as guides – their eyesight is phenomenal.

Further south and Zambia pioneered walking safaris, for which it is now internationally famous. The idea of experiencing Africa at a gentle walking pace without the distraction of a noisy engine quickly caught on. There are still plenty of opportunities to go on conventional motorized game-viewing expeditions and also some unique opportunities to travel by water, in Canadian-style canoe safaris or on simple dawn-and-dusk boat journeys. 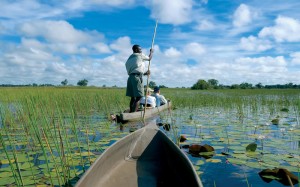 Botswana is perhaps the ultimate safari destination – and also the most expensive. Strict environmental conditions mean that lodges and camps are almost all tiny: exclusive enclaves where luxuries are extreme and the experience private. The greatest attraction here is the Okavango Delta, caused by rains in Angola forming Africa’s third-largest river – and one that never reaches the sea. Instead it fans out into a huge natural oasis, a wet wonderland that supports an astonishingly diverse ecosystem. Safaris here often spend plenty of time in the water, using traditional mokoros (now made out of fibreglass to save endangered trees) and the vehicles are invariably fitted with high-level air intakes to ford shallow waters.

One great thing about safaris in Zambia and Botswana is that alcoholic drinks are commonly included in your general accommodation costs – and liberally served. There’s nothing quite like a sundowner tradition that’s also free.

South again and Namibia, though almost all desert, offers a surprisingly rewarding safari experience, generally taken at your own speed with a self-drive car. Roads arrow through a landscape that in the middle of the day is flat and boring but explodes into glorious hues in the morning and late afternoon. Desert-adapted wildlife is often seen but if you ever want to see a full range of game just head for some water and that’s where they’ll be. The pumped water-holes of Etosha offer tick-box species-spotting at its easiest. Accommodation can be in luxury lodges but camping is commonplace – it almost never rains – and barbeques are a Namibian favourite.

The final great safari destination is South Africa. This is different in that it is a developed economy: the wildlife is generally in National Parks and private reserves, where it is managed to minimise conflicts with the human world – and, quite often, fenced.

This doesn’t make the safari experience any less wild. You’ll still see nature red in tooth and claw, still see spectacular kills and are, if anything, even more likely to see the ‘Big Five’ of lion, leopard, rhino, buffalo and elephant. Indeed for many guides finding all five is their primary objective – and the tips they hope to receive depend on success. The safari accommodation is also immensely luxurious: comforts are extreme and cuisine to die for. But then, at the end of your safari experience, you can drive out of the park or reserve and do something completely different. South Africa is dotted with historic towns, often beautifully preserved, wine routes, craft trails, and stunning cities: it has all the sophistication of a first-world economy.

In the end, perhaps, it doesn’t matter so much which country you choose for safari. All, in their own way, offer an intimate and rewarding experience. The important thing is not to be daunted by the choice: choose a destination and go there. Once you’ve caught the safari bug it won’t take long before you return.

‘Silver backpackers’: a life of adventure is calling!
JOIN SILVERSURFERS AND...