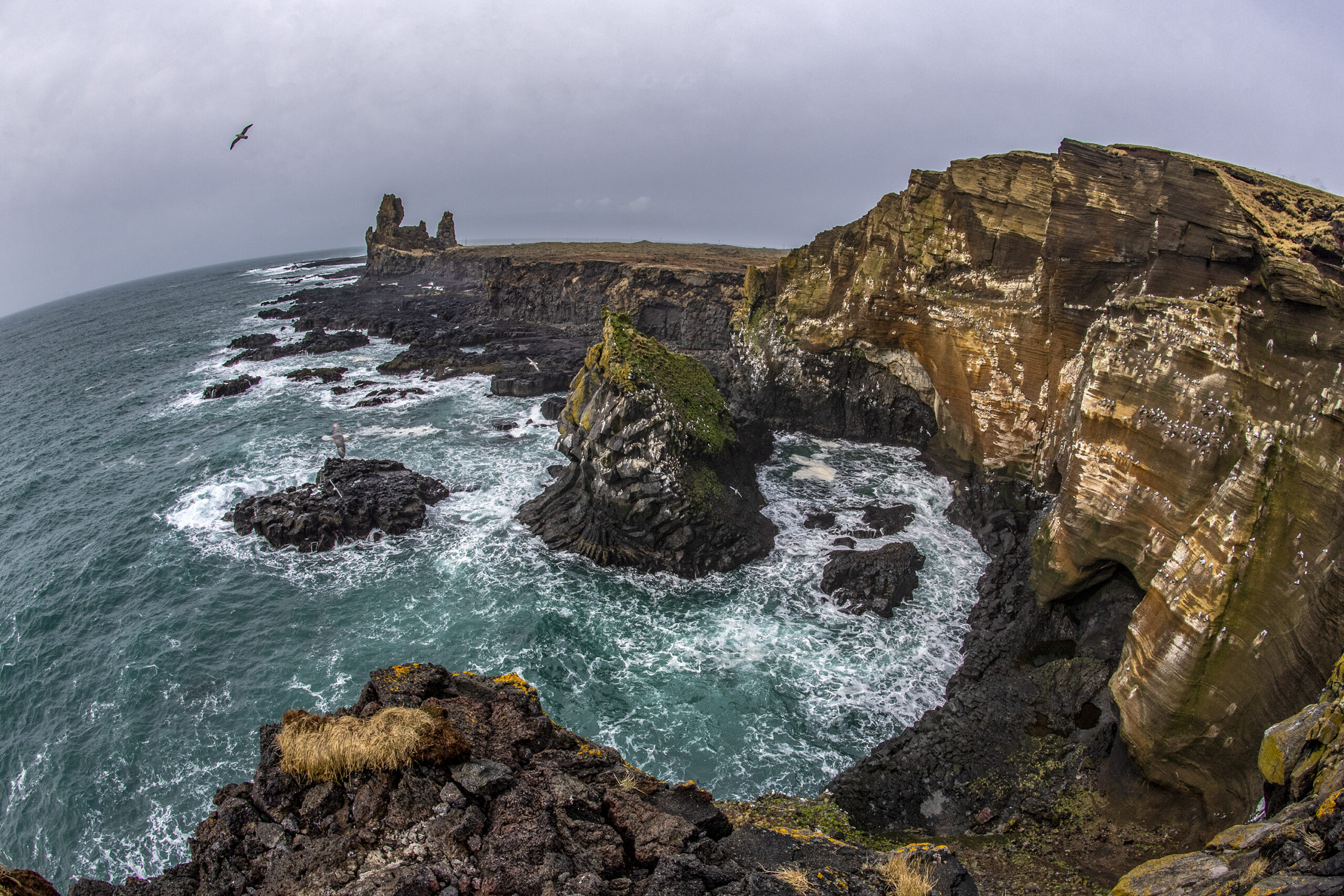 The Nordic country is open for travel, so it’s time to hit the Ring Road

A country shaped and sculpted by the elements, Iceland deserves to be discovered on a road trip. With one main ring road looping the island, it’s easy to drive through the dramatic, other-worldly landscapes, detouring onto gravel roads to find hidden waterfalls and secret lagoons.

Given the green light for travel (though you can only enter freely if you’ve had both your vaccinations), the sparsely populated Nordic nation is now open for business, and the timing couldn’t be better: highland roads are accessible, migratory flocks have landed, and the days are long enough to pack two holidays into one.

Dodge the crowds by following this route through the west and north, touring coastlines clustered with bird colonies and venturing inland for panoramic mountain views.

Leaving Reykjavik behind, head north along the ring road (or route 1), turning west onto route 54 at Borgarnes. A two-and-a-half-hour drive from the capital, a backbone of snow-streaked peaks stretches along the Snaefellsnes peninsula, ending in the sugar-dusted dome of Snaefellsjökull, a dormant volcano and glacier.

It’s tempting to start hiking, but beaches fringing the coastline demand exploration. Neighbouring black-pebbled beaches Dritvik and Djupalonssandur are strewn with pieces of rusted metal, the eerie remains of the Epine trawler, wrecked in 1948. Try lifting a collection of granite boulders, once hauled by hefty fishermen to measure their might.

Nearby, there’s an opportunity to replicate Jules Verne’s Journey To The Centre Of The Earth, by descending 200 metres into Vatnshellir cave, an 8000-year-old lava tunnel accessed by a spiral staircase. Two coiling towers created by an expulsion of gas are highlights of the descent.

For a quirky dose of local culture, visit the studio of pagan artist Liston in Grundafjordur (Sólvellir 6). Firmly believing every stone has a soul, his rocky works of art take shape according to their inner spirits. Afterwards, pop into nearby slow food restaurant Bjargarsteinn House Of Food (Sólvellir 15), where chef Gunnar Gardarsson and his wife transported a 110-year-old wooden house 140km on wheels.

There are few forests in Iceland (Vikings plundered most of the trees), but clutches of wind-stunted, dwarfed birch woodlands cover Husafell, an outdoor playground of hiking, biking, horse-riding and running routes through canyons and crystal-clear rivers. The park lies inland; turn off from route 1 and take the 50 and 518.

Options for walking are plentiful. Self-guided trails – which all begin at the visitor centre – range from a quick 45-minute stroll through ancient settlements, to a more challenging seven-hour glacier ascent. Or take a trip to the Canyon Baths where a guided two-hour stomp is rewarded with a dip in geothermal waters.

Constructed using flagstone from the canyon floor, the environmentally-sound site features three pools of varying temperature, all fed by hot springs. Hang your towel on a horseshoe hook recycled from a nearby farm, and savour superb views of mountains and glaciers.

While in the area, stop at Hraunfossar, a 1km wall of waterfalls, and Barnafoss, where ferocious flows have sculpted a slalom of twists and tunnels. Deildartunguhver, the most productive hot spring in Europe, is also close by, providing water to sleek spa Krauma where there is also a restaurant for refuelling.

Further north along the Vatnsnes peninsula is the mysterious Borgarvirki; fortified by basalt walls, the hilltop construction could once have been a fortress. Its origins remain uncertain, but eye-stretching views of ochre valleys and inky lakes are guaranteed.

More insight into the past can be found at 1238 The Battle Of Iceland, an interactive museum in Saudarkrokur on the neighbouring fjord. Recounting one of the country’s bloodiest battles, it features a VR room for an alarmingly realistic taste of those violent times.

A roller-coaster ride of precipitous clifftops and tunnels, this section of the Icelandic coastline is a thrill to drive. Taking the 76 towards Hofsos, head to Siglufjordur, once the centre of the country’s herring industry. The surprisingly excellent Herring Era Museum charts the history of the formerly thriving industry through an exhibition of artefacts, machinery and fishing boats displayed in a series of reclaimed wooden buildings. Touching details include the scrawls of frustrated ‘herring ladies’, scratched into the walls of their factory dorms.

If the smell of fish scales is overwhelming, wash away any unpleasant odours with a soak in the Bjorbodin Beer Spa in Arskogssandur, a 45-minute drive south along the 76 and 82. Strip down and dip into a private tub of young beer, spring water, Vitamin B-rich brewer’s yeast and hops packed with antioxidants for 25 minutes of bevvie bliss. An unlimited supply of locally brewed Baldi beer is also available on tap.

Stopping for a few snaps at the two mighty horseshoe cataracts of Godafoss, the ‘waterfall of the Gods’, continue north on the 845 and 85 to Husavik. Sightings of humpbacks are highly likely in this whale watching capital, especially during the peak months of May to September. See them on a silent, carbon-neutral boat tour or watch them breach and fluke from the clifftop Geosea infinity pools where seawater is heated by volcanic rocks.

Why hike in Scotland?