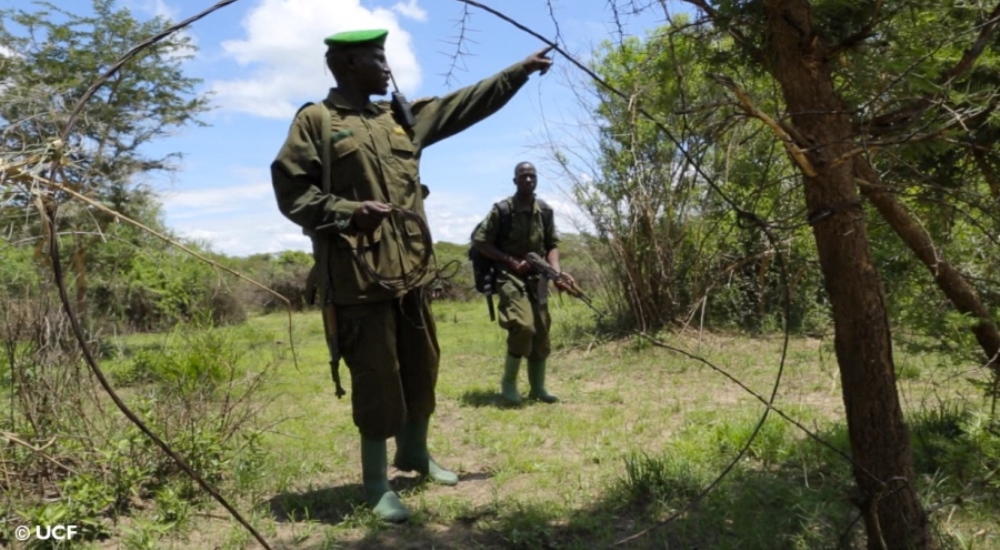 The project enables a ranger carrying a geolocation camera – a camera with integrated GPS – to record patrols, taking pictures of evidence of poacher activity with every picture mapped with time and date. With the evidence gathered and dated, literally putting the poachers at the scene of the crime, there has been an amazing increase in prosecution rates to over 90%. It is also helping wardens and rangers carry out intelligence led patrols.

Thanks to the WILDLEO project technology and the evidence it gathered, three poachers recently discovered at Mupiina will now spend the next few years behind bars.

“We’ve helped supply over 20 GPS cameras to Murchison Falls NP creating a better understanding of offenders, their practices and the routes they use,” says DSWF CEO, Sally Case.

Since 2011, when the Ugandan Wildlife Authority asked UCF to step in and help counter the huge surge in poaching, DSWF has backed all UCF’s efforts allowing them to complete the construction of three ranger posts, one marine ranger post, the purchase of two new patrol boats and engines and the training of marine rangers and now the roll out of the WILDLEO project.

“None of these great results would be possible without the ongoing support of DSWF supporters,” adds Sally. “So on behalf of UCF, DSWF and the wildlife of Uganda, thank you.”