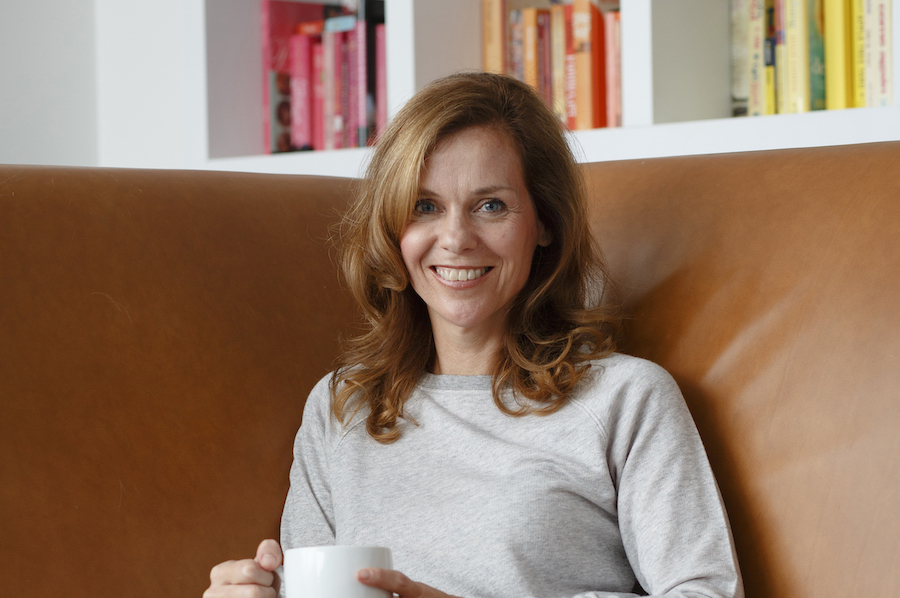 The bestselling novelist talks about terrible sleeping, the power of yoga and her mammoth walks.

Famed for writing domestic noir thrillers including Lies Lies Lies and Both Of You, former romantic fiction writer Adele Parks leaves dark atmospheres firmly in the pages of her books.

The novelist, who has written 21 books in 21 years, remains upbeat and positive after spending various lockdowns with her husband Jim, a website designer, and son, Conrad, in their home in Guildford, Surrey.

Parks, 52, admits she has trouble switching off from work but has taken up different types of exercise to help her relax, including yoga and getting out for some very long walks…

How has yoga helped you?

“I was coming up to my 50th birthday two years ago and I looked at my life and thought, ‘Right, what are you going to do for the next stage?’ One of the things was identifying that I didn’t switch off very well.

“So I did start doing yoga and I do it most days of the week now. During the pandemic, it was through apps in front of the telly, but before that it used to be in a club I would walk to in Guildford. It’s a really nice community of men and women of different ages – I’m possibly at the older end of it. It’s just really nice. Classes are now back on.”

Do you do any other exercise?

“I walk every day. I try to do at least 10,000 steps every day, which is one of the things I introduced to get myself away from my desk.”

Is it true you walked from Lake Tahoe to Malibu?

“Yes, but only virtually! When my book tours got cancelled in America, Canada and South Africa because of Covid, I was devastated, but one of my American friends suggested we did a (virtual) walk together.

“So, we walked from Lake Tahoe to Malibu, which from memory is around 700 miles. That’s what I did for the first lockdown. It took about three months on an app called Challenges.

“My Fitbit records the number of steps, and when you go online, you’re shown a of map how far you’ve travelled. Then – it’s really cute – they send you a postcard from where you’ve just passed.

“The latest one I’m doing is walking from Land’s End to John O’Groats. I’ve just passed Sheffield, and I might be able to finish the walk off in real life.”

How do you switch off?

“I’m a bit of a workaholic and I haven’t ever completely cracked switching off. It was easier when Conrad was little, when I was either working or ‘mumming’. But now, even if I’m watching a TV show or reading a book, I find my mind thinking about plots and characters.”

Do you have trouble sleeping?

“I do. I’ve never slept much – I sleep about four hours a night. It’s not something I’m proud of. But I do like an afternoon nap!

“I quite often go to bed at 10:30pm and then wake up at 2:30am. It’s pretty rubbish, but most of the time I wake up feeling that’s my normal amount of sleep, so I’m not hugely tired. Everyone always says, ‘You’re full of energy!’”

How do you cope with stress?

“The main thing is that you do have to acknowledge it. I know what things worry me. I can’t stand being late on deadline, so I’m always ahead on that front. I don’t like being late to events, so I always build in extra time.

“Before Covid, I would always make sure I would have two days a week when I did nothing – and I wouldn’t let anything go in my diary, even around busy times like launches, because I know I burn out.

“Normally, I like to think of myself as a really patient human being. If I’m stressed, I’m snappy, but only with my family. Yet they are the people you should respect the most – they see the worst of me.”

Both Of You by Adele Parks is published by HQ, priced £14.99. Available now.