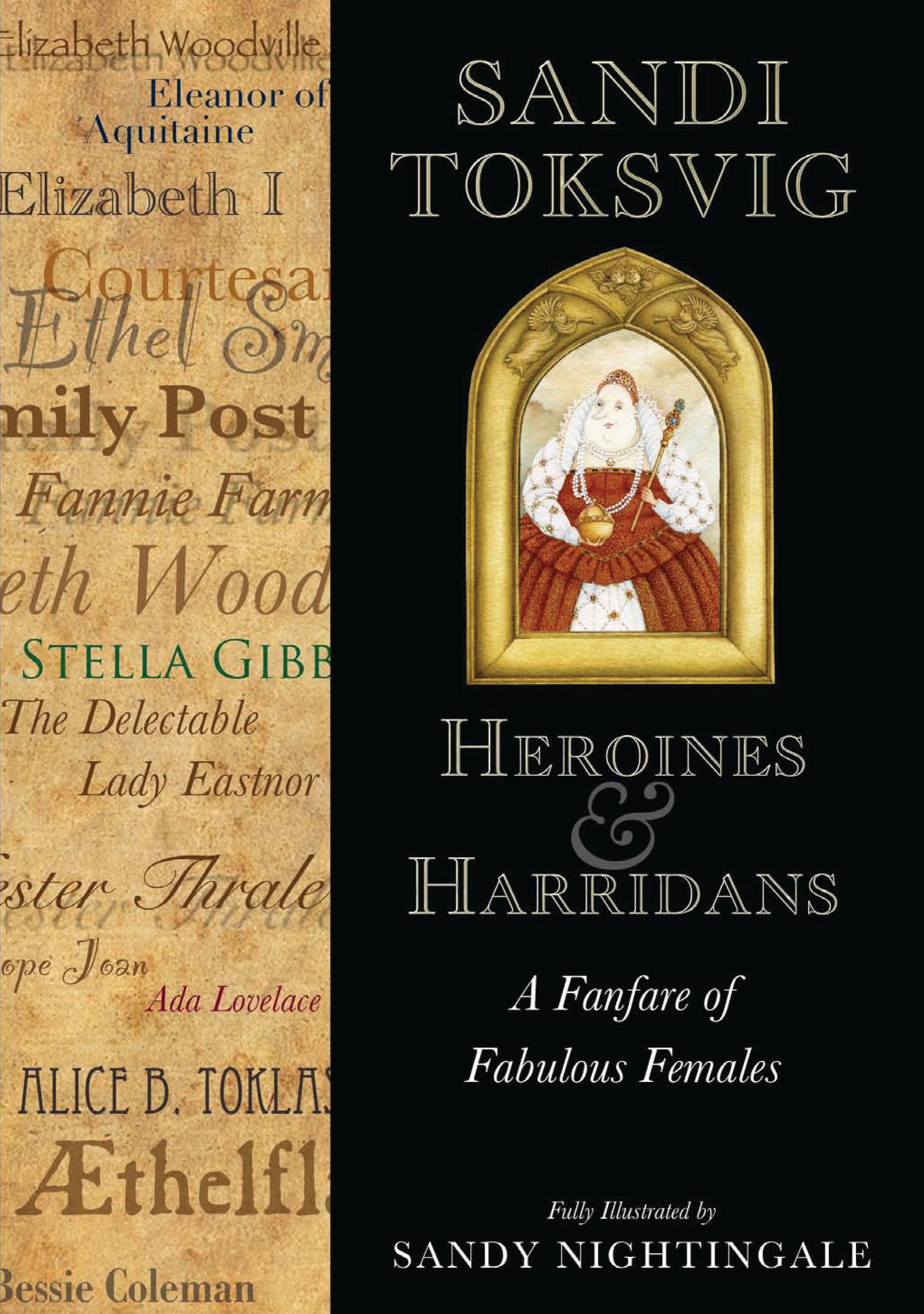 Heroines and Harridans by Sandi Toksvig

Heroines and Harridans: A Fanfare of Fabulous Femalesis a tale of eccentricity (generally British), some bad behaviour (occasionally American) and rather odd love lives (some corking aristocrats).

It is not by chance that the relation of matters in the past are called ‘History’. It is, generally, ‘his story’ with many men doing grand things while the women stayed home to make the soup. Heroines and Harridans gives another, highly entertaining view on life as comedian Sandi Toksvig brings her trademark wit and humour to bear on 22 portraits of as eccentric a melange of women throughout history as you are ever likely to find.

All of the featured characters were terrific good fun, helped shape the world they lived in but in many cases disappeared into obscurity. Each of Toksvig’s gloriously funny pen portraits is accompanied by equally striking and imaginative illustrations by artist Sandy Nightingale.

Sandi Toksvig is an actor, comedian and writer of many books, including The Chain of Curiosity, Whistling For Elephants and Hitler’s Canary among other titles. She hosts BBC Radio 4’s The News Quiz and writes a weekly column for The Daily Telegraph. Sandy Nightingale is one of Britain’s leading illustrators. Her books include Dear Fairies. Sandi is currently touring the UK in her one person show My Valentine.