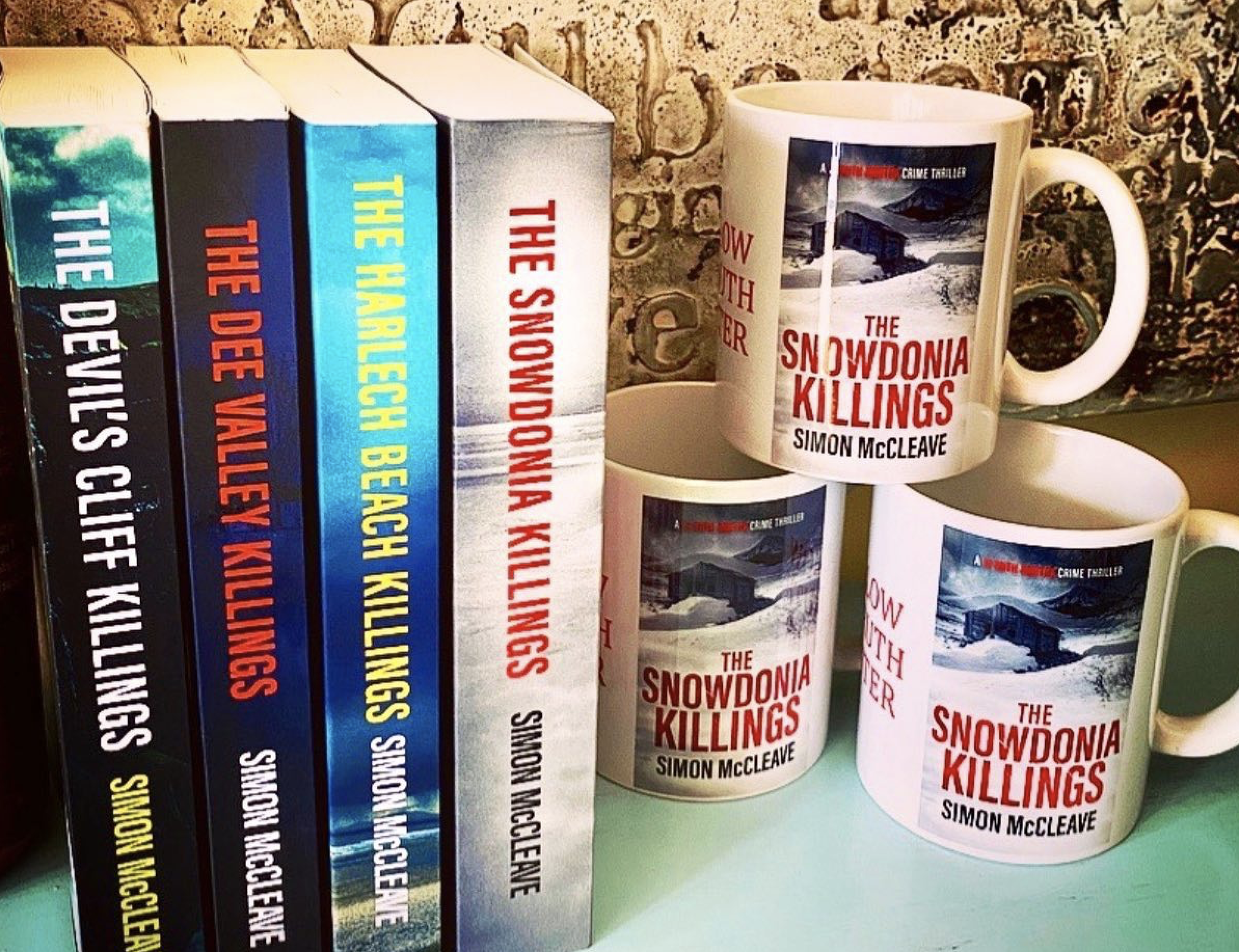 Simon McCleave, who is a Number 1 Best Selling Amazon Crime Author, has recently launched his 7th Murder Mystery Novel, The Solace Farm Killings, and to celebrate he is offering Silversurfer readers an exclusive offer on his first book, The Snowdonia Killings!

CLICK HERE TO BUY THE SNOWDONIA KILLINGS WITH THIS SPECIAL OFFER

Having worked for the BBC as a Script Editor and then as a producer for Channel 4, native Londoner McCleave moved across the Atlantic to LA where he worked as a Story Analyst for Hollywood Studios such as Fox and Miramax. Returning home, McCleave then spent his time writing television and film scripts. He worked on a huge range of television series including Silent Witness, The Bill, Eastenders and even wrote a script for David Walliams’ first television role in the BBC2 drama ‘Attachments’. His film ‘Out of the Game’ for Channel 4 was a critical success – ‘A darkly comic and unflinching portrayal of modern male friendship – The Guardian Guide.’

Having made the move to the more idyllic landscape of North Wales with his wife and children, Simon locked himself away last year and wrote his first novel, a gripping crime thriller *‘The Snowdonia Killings.’ * The novel follows the story of veteran London copper, Detective Inspector Ruth Hunter, who has had enough of the murder and mayhem of the South London streets. Now on the cusp of fifty, Ruth is looking for a new, more peaceful life in the North Wales Police. A move to Snowdonia was always the dream. When she’s put in charge of two brutal murders, Ruth wonders if Snowdonia is going to end up being her worst nightmare. ‘I wanted to write about a Londoner being an outsider in a small Welsh community. It’s what I went through ten years ago, so I knew exactly how Ruth would feel.’ McCleave explained.

2020 has been a busy year for Simon McCleave with a whopping seven novels in the DI Ruth Hunter series being released. Simon will be launching ‘The Menai Bridge Killings’, his 8th and final book in this series, in February 2021.

CLICK HERE TO BUY THE SNOWDONIA KILLINGS WITH THIS SPECIAL OFFER