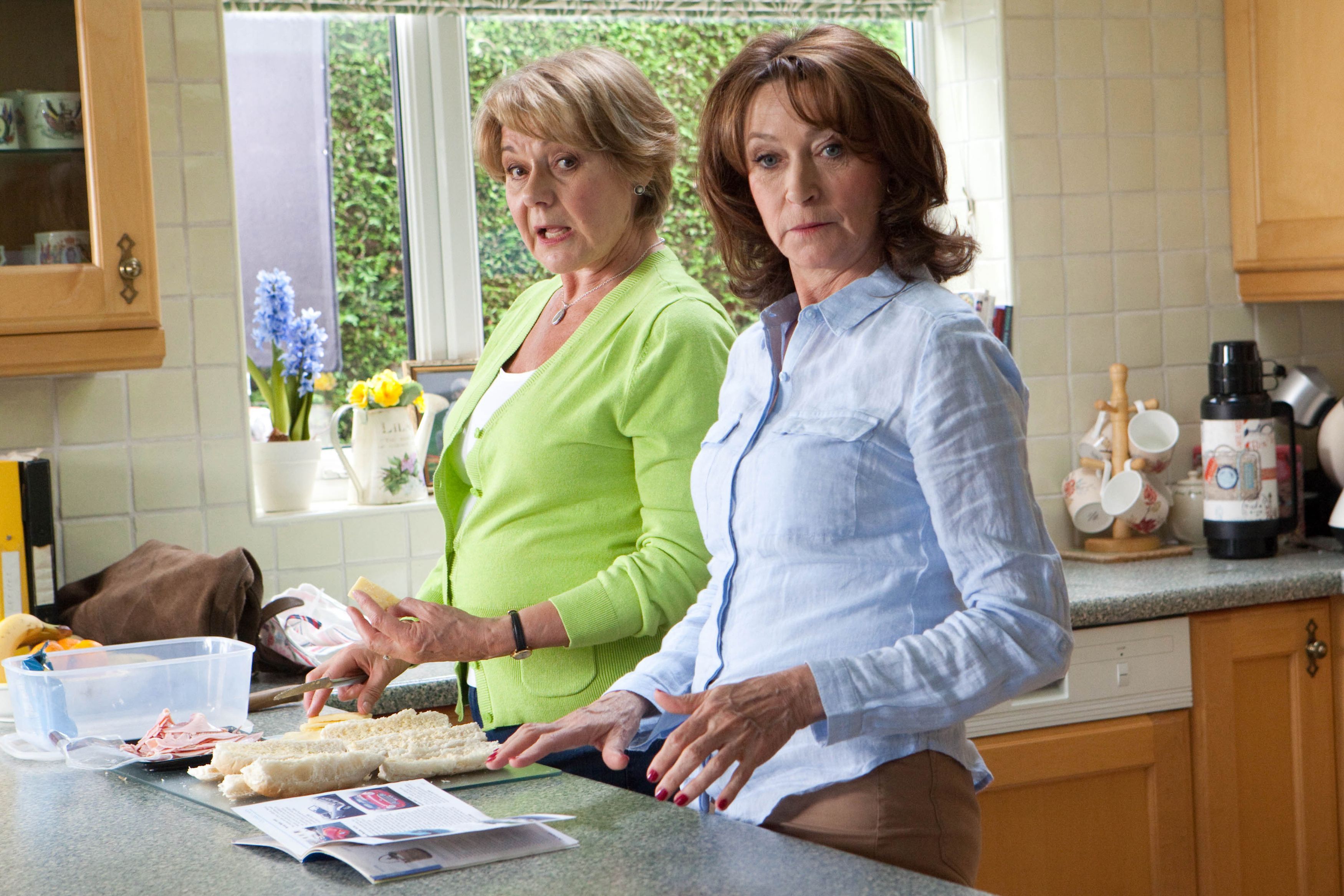 Cherie Lunghi plays a sixty-something divorcee in a new ITV comedy about two friends searching for fun in later life – and she didn’t find it too difficult to get into character, she tells Carrie Gregory

They say life begins at 40, but whoever ‘they’ are had better make sure Cherie Lunghi’s not within earshot.

At 61, the actress is in the prime of her life and, in a case of art imitating life, she now stars alongside fellow fun-loving sexagenarian Barbara Flynn in ITV’s new comedy, Pat & Cabbage. It’s almost as if the roles were written specially for them.

Sixty-somethings Cabbage (Lunghi) and her best friend Pat (Flynn) are at a bit of a loose end. They’re single for the first time in decades – one divorced, one widowed – and they have no idea what to do with themselves.

But one thing’s for sure – they have no intention of growing old gracefully, and they’re driving their grown-up children to despair.

“Their children have got their own lives and the central characters find themselves like a lot of women of our age, suddenly thinking, ‘Oh, that all went very quickly, but I’m not dead yet, I’ve still got some life left… what am I going to do?'” explains Lunghi.

“They have even more of an appetite for life now because in your sixties you’re very aware that you haven’t got all day. It doesn’t last forever, and it’s not the dress rehearsal, as they say.”

Talking passionately about her character, Lunghi’s happy to admit she can empathise with Cabbage’s situation.

“I identify totally with her because I’m that age. I absolutely understand where she is in the journey and how she feels,” says the actress who, currently single and in no hurry to find love again, is more interested in simply enjoying life.

One of her greatest enjoyments is indulging in a spot of painting. “It’s a contrast, because I’m usually out every day working and it’s a team sport, you’re out with colleagues working as a group, so it’s quite nice to do something a bit solitary and quiet,” she says.

Born to an Italian father and English mother in Nottingham, Lunghi’s prolific 49-year career began with dreams of becoming a ballerina “like lots of little girls of my generation”, she says.

But her star wasn’t destined for dance (although it would allow for a small stint of rather fancy footwork in Strictly Come Dancing in 2008).

Instead, she began getting small parts on the radio and in TV, while still at school, which gave her “a taste of it”.

She adds: “I sat around with all these actors pretending to be other people, and all having a good laugh and working hard at make-believe, and I thought, ‘This is what I want to do’.”

She attended the Arts Educational School in London before going on to Homerton College in Cambridge and London’s Central School of Speech and Drama.

A stint at the Royal Shakespeare Company followed, before she landed her breakthrough role as Guenevere in John Boorman’s 1981 movie Excalibur.

These days, Lunghi is able to cherry-pick her projects, and she knows a good script when she sees one.

“I just thought Pat & Cabbage was wonderful because I don’t know if anyone’s really writing about women of our age in this situation,” says Lunghi, whose 27-year-old daughter Nathalie, from her previous relationship with film director Roland Joffe, is also an actress.

“We get women of my age playing detectives and managerial women in the workplace, but actually looking at women’s lives at this age, and what’s available to them and what they’re going to do with the rest of their lives… the fun’s not over!”

The light-hearted premise of Pat & Cabbage is a break from the norm for the actress, given that her CV is brimming with stage and TV credits firmly rooted in the drama genre, such as 1989’s ground-breaking The Manageress, in which she played the manager of a British football team.

“It’s been lovely to do some comedy,” she says, smiling. “Although I did do Starlings last year on Sky, which is lighter than the things I’m accustomed to doing, but it’s very nice to have a laugh, and work with funny material. I’ve really enjoyed it.” 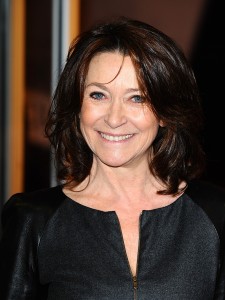 The six-part series is also a break from her on-going love affair with the theatre, but the actress admits she could never choose between stage and screen.

“TV and theatre are quite different. The beauty of theatre, of course, is that there’s nothing like live performance and getting that instant feedback, and that relationship with the audience,” she says.

“And yet, there’s that striving to be as natural and real as possible, and unself-conscious, with camera, which is a different kind of challenge.”

Theatre work is notoriously badly paid, even for household names, while the acting profession as a whole is a precarious one and for that reason many actors turn to sideline projects that promise a reasonable pay packet.

Lunghi struck gold when she scored those memorable Kenco coffee adverts during the Nineties.

“It was a very nice time of my life. I enjoyed it, I travelled with it and it paid very well. It’s every actor’s dream getting a commercial like that because we’re so self-employed and unemployed,” she says.

“I was on every night on people’s screens in their homes, so it did make my face familiar to people, and of course it was very good for women. It showed women off to be capable and smart and good at what they do, so I was happy to do it for that reason.”

Fast-forward nearly two decades and Lunghi finds herself in another great role for women, albeit a very different one. She notes there’s one scene in particular that’s sure to be as memorable to watch as it was to film. “Me on a trampoline!” she exclaims.

Lunghi may be in her sixties, but she’s still full of bounce.