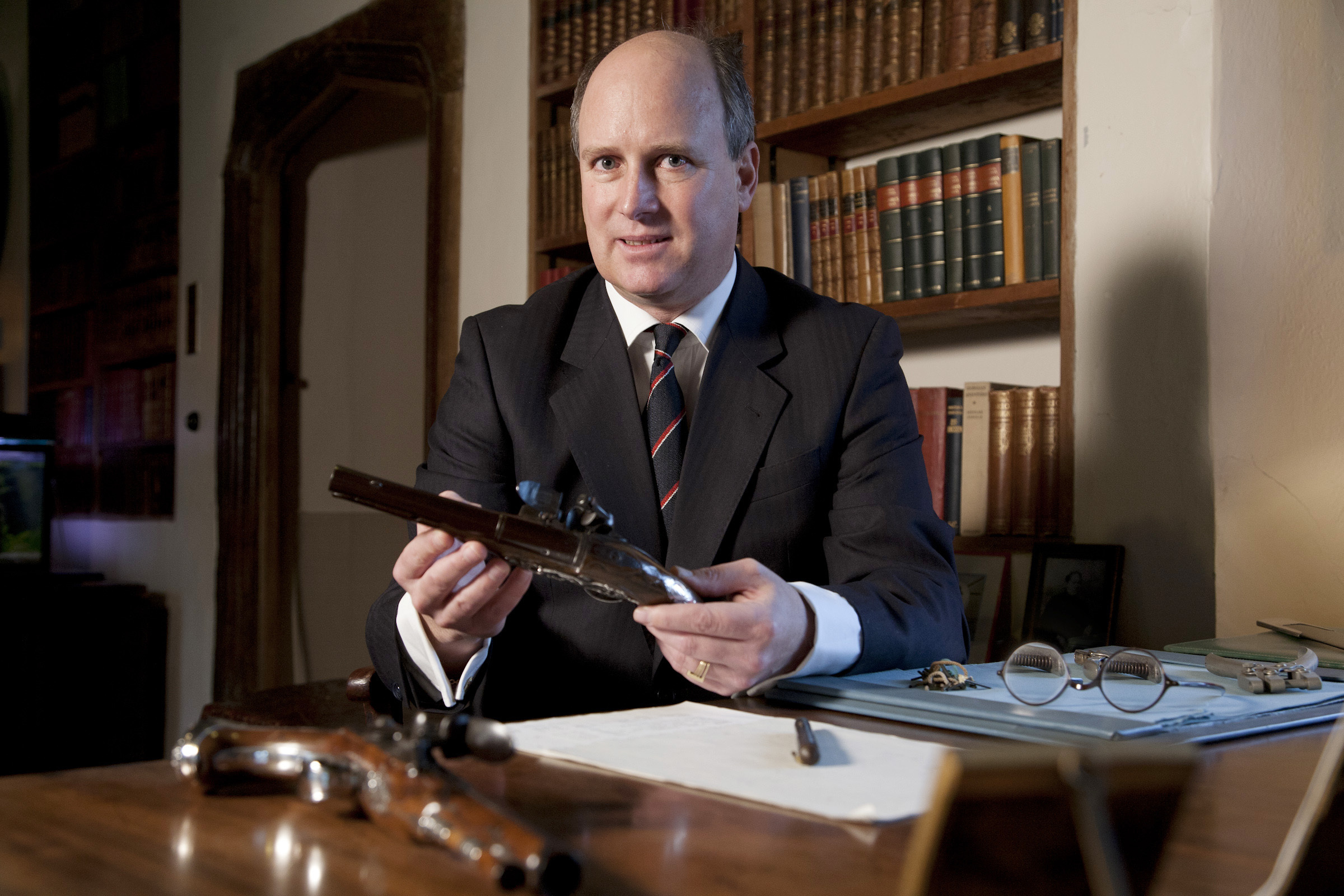 The former country home of Sir Winston Churchill plays host to a new exhibition featuring never-before-seen objects from its stores and belonging to his descendants.

In The Blood at Chartwell in Kent tells the story of the former wartime prime minister’s Anglo-American ancestry and considers how the two branches of his family shaped his life and character.

His story is told through the display of 50 objects from the Chartwell stores and on loan from private collections belonging to Churchill’s descendants, the National Trust said.

Diamond, ruby and sapphire rings handed to Churchill’s father, Lord Randolph, to his mother have been reunited especially for the exhibition, which opens today.

Also on display are locks of children’s hair taken from Churchill and his brother Jack, along with a photograph of their beloved nanny, as well as Churchill’s silver christening cup.

The National Trust said that half of the 50 objects have never been on public display before and have been brought together especially for the exhibition, which runs until February next year.

When Lady Churchill handed Chartwell to the Trust in 1965, hundreds of personal family items were put into store. But the Trust said that In The Blood and future temporary exhibitions held there are designed to ensure the public sees as much of this reserve collection as possible.

Randolph Churchill, Winston’s great-grandson, said: “This exhibition shines a light on Winston’s parents and his forefathers who were so important in giving him the backbone he had in the dark days of 1940. Indeed he later wrote of that time, ‘I felt as if I were walking with destiny, and that all my past life had been but a preparation for this hour and for this trial’.”

Historian Professor Sir David Cannadine said: “It is a timely innovation at Chartwell to begin holding and hosting exhibitions which help us to understand more fully the extraordinary range and richness of Churchill’s life.”
Alice Martin, house and collections manager at Chartwell and curator of In The Blood, said: “I am personally very excited to see the fantastic oil paintings of Sir Winston’s grandparents and the beautiful engagement rings back together for perhaps the first time in over 100 years.”

The exhibition is open from 11am to 4pm every day except on Christmas Eve and Christmas Day, from today until the end of next February. Tickets cost £6.50 for adults. The house itself is closed and will reopen in March 2013.

Impersonation scams more than doubled in first half of 2021
JOIN SILVERSURFERS AND...