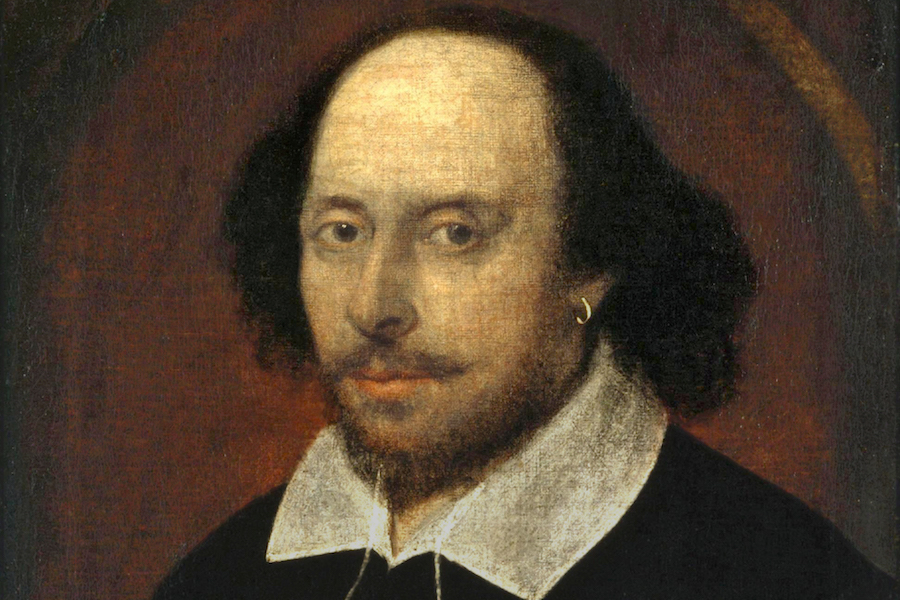 English poet, playwright and actor William Shakespeare is considered the greatest writer in the English language.

His plays, sonnets and long narrative poems have shaped modern storytelling and more than 450 years later his plays are still performed more often than works from any other playwright.

Works like Romeo & Juliet, Macbeth and Hamlet are well known – but what many people don’t necessarily realise is that Shakespeare was an imaginative inventor of words.

He’s credited with inventing over 1700 in his lifetime, many we still regularly use today. 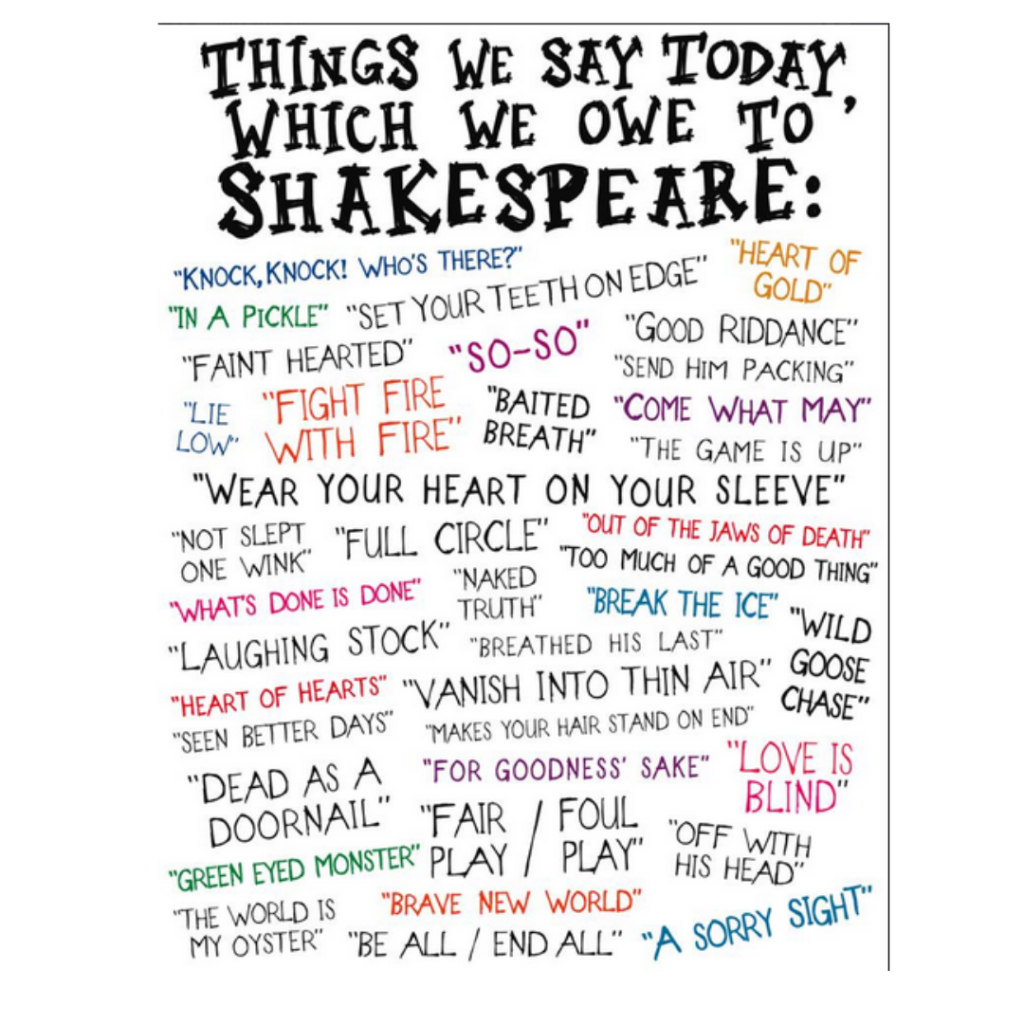 Take a look at our list of some of the most interesting and popular words and phrases coined by Shakespeare, and the works they came from.

From Love’s Labours Lost, Act I, Scene i

From Timon Of Athens, Act V, Scene i.

From As You Like It, At II, Scene Vii.

From A Midsummer Night’s Dream, Act V, Scene i.

From Much Ado About Nothing, Act II, Scene i.

As good luck would have it

From The Merry Wives of Windsor, Act III, Scene v.

The be-all and end-all

From Macbeth, Act I, Scene vii.

From Henry VIII, Act I, Scene i.

From the Merchant of Venice, Act 2, Scene vi.

From The Merchant of Venice, Act 2, Scene vii.

There’s method in my madness

All of a sudden

From The Taming of the Shrew, Act 1, Scene i.

Are you a fan of William Shakespeare? Share your thoughts and memories in the comments below!

Sparkle45
18th Aug 2017
0
Thanks for voting!
I used to get Shakespeare forced down my throat at school and it was lost on me but a few years ago I knew a dresser at theatre and had free tickets so learned to accept him.

Am still not a lover but sometimes it can sound interesting ...
ReplyFlag as inappropriate

Kes
23rd Apr 2017
1
Thanks for voting!
William Shakespeare was never part of my education at school and I am not a fan of any of his works, but I do admire him for his skills as a wordsmith. If he were around today, I would hope he would be maddened, as a I am, by the overuse of the word 'like'. People seem totally unable to speak these days without using this word over and over and over again, just in one sentence. If there was a list of the most popular words in use in our country, the word 'like' would be at the top of it. It litters everyday conversations, completely unnecessarily, and the youth of today appear to be the most proficient with its use.
My rant is like now over like.
ReplyFlag as inappropriate

Llain
23rd Apr 2019
0
Thanks for voting!
@Kes
I agree with you Kes, I wish they'd move on to something else now, all the 'likes' put me off listening to their conversation.....
ReplyFlag as inappropriate

ChristineT11
23rd Apr 2017
0
Thanks for voting!
Thank you, very interesting.
ReplyFlag as inappropriate