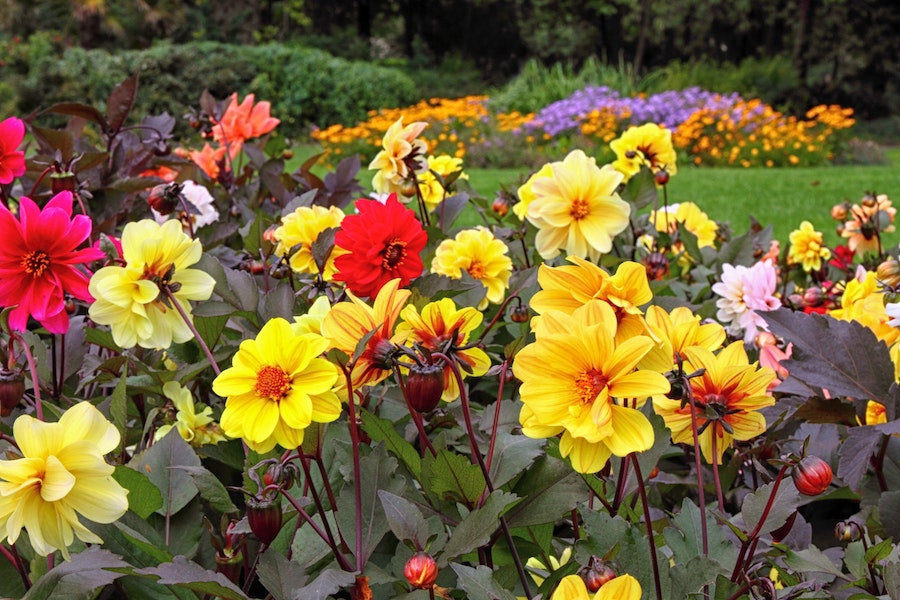 Flamboyant and fancy, dahlias are among the darlings of late summer, in shades ranging from white and cream to claret and burgundy and everything in-between.

Some are blousy, with pompom or peony-like flowers which will need staking to prop up their heavy, luscious blooms; others bear more dainty, delicate, daisy-like or anemone-style flowers with contrasting centres and foliage.

Katie Kingett, productive garden supervisor at the Lost Gardens of Heligan offers these tips to ensure your dahlias are the stars of the show…

1. Add organic matter before you plant

The best type to add to a dahlia planting area is well-rotted manure, but if you can’t get that, use compost, digging it into the soil the previous autumn or in early spring, to give it plenty of time to break down before planting.

“If you haven’t got manure, you could add a base feed such as Growmore before you plant,” Kingett advises.

2. Get your timing right

Plant your tubers 10-15cm (4-6in) deep in their flowering position in late May or early June, after the last frosts, in fertile, well-drained soil in full sun, if possible.

You can start tubers off early, March or April, in large pots – at least 2 litre, or preferably 3 litre – filled with multi-purpose potting compost and put them in a light, frost-free place, keeping the compost moist.

By the time you’re ready to plant out in late May or early June, the plants should have bushed up and they may well be flowering by the beginning of July.

“You could dedicate an area to dahlias as they look fantastic as a crowd,” says Kingett. “They also look good in a herbaceous border. You want to avoid planting them near the base of a tree, so that they can establish.

“Keep them clear of weeds and keep an eye out for any pests, as slugs and aphids love them. Night-time vigils are best for collecting slugs, as well as putting out a piece of slate nearby, which you can lift in the morning and pick up any slugs or snails that have gathered there.”

If you have a garden which encourages wildlife diversity, attracting birds and hedgehogs to your plot should also keep slugs in check.

“As they grow, support is very important. Support them individually with canes or if you’ve a larger section of dahlias, put posts around them with netting running along the top which the dahlias grow through and which will provide the support they need. Once they are established, you won’t see the netting.”

Dahlias are also hungry – so will benefit from regular feeding – and thirsty, particularly the new generation types which are ideal in pots such as ‘Roxy’ and ‘Hot Cakes’, both anemone flowered.

When growing in containers, plant them in rich, soil-based compost such as John Innes No. 2. In summer, you’ll need to water them every day.

Earwigs can cause damage to flower petals but can be trapped by putting an upturned flower pot stuffed with straw, on canes, and shaking it every morning.

Pinch out growing tips once plants reach a height of about 40cm (16in) to encourage branching.

Once they are beginning to bud up, take the two smaller buds out below the central flower, which will create a more impressive bloom for cutting. Once that begins, you need to do it regularly – cutting and deadheading will help prolong the flowering to October, until the first frosts of the autumn.

6. If you want giant blooms…

7. Lift them when the frost comes

Lift dahlias out of the ground when their leaves have been blackened by frost. Some people cut them down and leave them in the ground, putting a thick mulch over the crowns to protect them during the winter.

“We tend to lift our dahlias because we have other crops to get in between then and when they will be planted again, and it also means they won’t be lost to any extreme weather or harsh conditions,” says Kingett.

If you lift, them, store them somewhere cool and dark, such as a frost-free shed or garage. You can store them in sawdust, peat-free compost or dry sand in wooden boxes, leaving the crown exposed. Check them regularly, making sure there’s no sign of rot. If there is, remove the affected tubers. 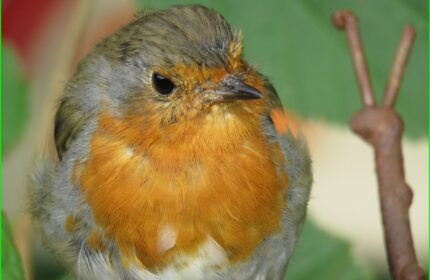