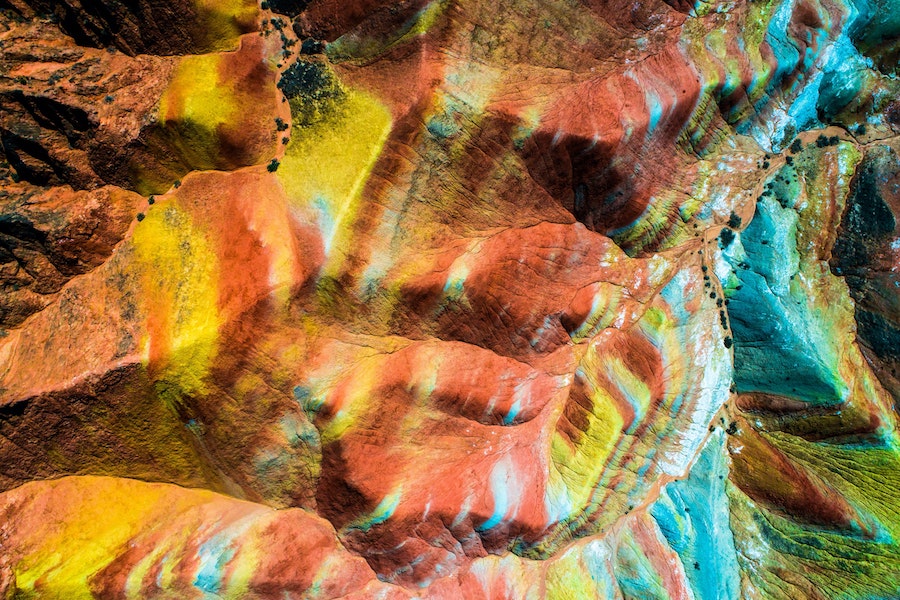 Geology can be extremely strange

From early sci-fi writers to the marvels of modern CGI, humans have long crafted worlds of weirdness and wonder, but sometimes reality is even stranger than fiction.

A remote, rocky outcrop in the Indian Ocean, Socotra owes its fame to a single species of shrub that doesn’t seem to understand the laws of gravity. The ethereal dragon’s blood trees rise from the soil like an army of umbrellas blown inside out by the wind, and take their name from their deep crimson sap, said by locals to possess magical properties.

They’re a good fit for the island’s otherworldly terrain, and are regularly compared to UFOs.

There’s something unusual about Lake Hillier, an island lake off the coast of Western Australia, we just can’t quite put our finger on what it is.

Sometimes called simply ‘the pink lake’, its vibrant hue is thought to stem from a specific species of algae which produces pinky pigments, though no one is 100% sure. Still marked in blue on most maps, Hillier Lake has a salt content comparable to the Dead Sea, and although it is safe to swim in, most visitors prefer to grab their cameras and enjoy the views from a small plane.

Another outlandish setting that would have Salvador Dali cracking out the oils, Salar de Uyuni is the world’s largest salt flat, a Mecca for photographers, and probably Bolivia’s premier attraction. The flats are so vast, and their surface so immaculately glassy, that after rainfall the horizon disappears, and you’re left floating in the midst of a sphere of sky.

The dreamlike aesthetic has made the flats a long-time favourite for film crews, and Salar de Uyuni doubled as the planet Crait in 2017 Star Wars smash, The Last Jedi.

Formally designated the Zhangye National Geopark, this psychedelic marvel is renowned for its layers of sandstone more colourful than a children’s cartoon. All the colours of the rainbow appear on the site’s iridescent hills, while the lunar landscape has been sculpted by millennia of erosion.

In 2018, the landform was included as a natural wonder in the ‘Civilization’ video game series – a ‘made it’ moment for any geological site.

5. The Door to Hell, Turkmenistan

We wonder what it would be like to stumble across the Darvaza Gas Crater accidentally. You’re walking through the desert, sand stretching away to the horizon, when suddenly you find an almost perfectly circular fire pit plunging 30 metres into the Earth – no wonder it’s called the Door to Hell.

The crater – a natural gas field collapsed into a cavern – is thought to have been burning non-stop since 1971, after scientists set the site alight to stop the spread of methane gas.

What do you get if you cross the rock formations of Arizona with the Amazon rainforest? That, very roughly, is the scene at the Zhangjiajie National Forest Park, a UNESCO World Heritage Site in China marked by precarious-looking pillars coated with thick foliage.

Vertiginous in the extreme, visiting the park involves tottering along cliff-side walkways, braving glass-bottomed bridges, and ascending the world’s tallest outdoor lift, which rises a terrifying 326 metres to the top of a pillar.

One of the hottest places on Earth – or the hottest depending who you ask – Dallol sports an altitude more than 100 metres below sea level, and a distinctly Martian aesthetic. Ensconced in a remote region of Ethiopia (aptly named ‘Afar’), the area is littered with bubbling geysers and toxic, sulphurous off-shoots.

Completely unique, Dallol resembles science fiction more than anywhere else that is actually real, and the water records a shockingly acidic 0.2 average pH.

There’s a brutal, desolate beauty to a place that has been choked of life. Deadvlei (literally ‘dead marsh’) in Namibia is a giant clay pan surrounded by some of the world’s largest sand dunes, and exists in a near-perpetual state of drought.

There were plants once – camel thorn trees adapted to dry, sandy soil – but now their lifeless husks dot the cracked Earth like gravestones against the milky-white clay. They say that life finds a way. In Deadvlei it would have to try pretty hard.

Scovell
21st Aug 2020
0
Thanks for voting!
Truly stunning, and we all live on this same planet! Jenny Cronin.
ReplyFlag as inappropriate 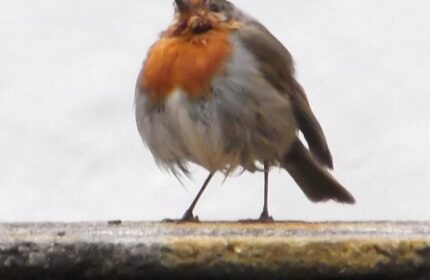