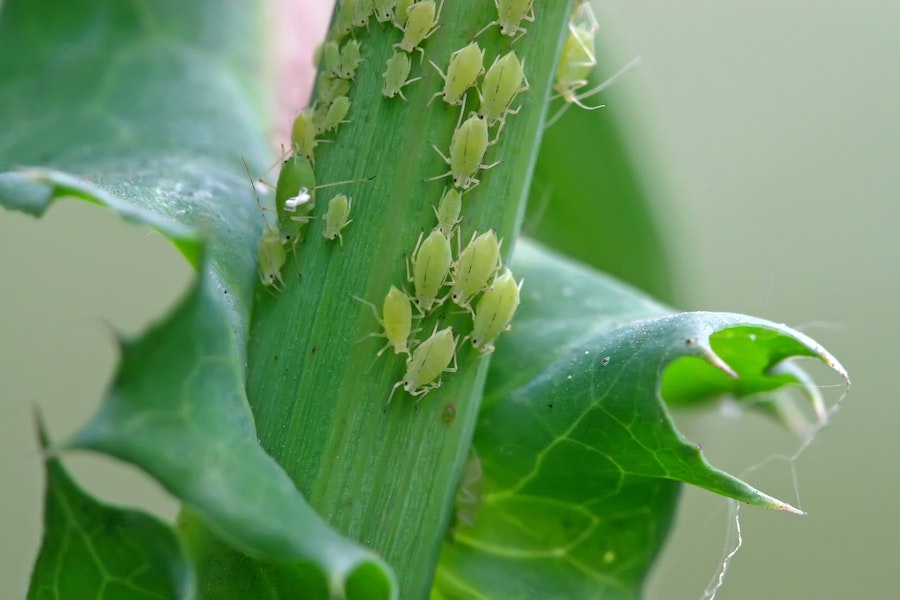 From aphids to earwigs: How to tackle summer’s worst garden-munching creepy-crawlies

So, summer so far has been a mixture of thundery showers and clammy heatwaves – perfect conditions for many persistent garden pests.

Aphids will thrive in these conditions, breeding rapidly, invading stems of plants and sucking the life out of them; sawfly larvae can devastate roses; slugs and snails will feast on hostas, bedding plants and much more during rainstorms, and earwigs will munch on the leaves and flowers of your prized clematis, dahlias, carnations, chrysanthemums and delphiniums.

Here are some ways to zap them…

There are more than 500 different species of aphid in Britain, including greenfly, blackfly, woolly aphids and even pink aphids, and many have particular host plants such as roses or beans.

These pests suck sap from the plants, distorting young shoots, and also excrete honeydew, which is sticky and encourages black, sooty moulds to grow. They breed rapidly – in optimum conditions the female gives birth to live young, missing out the egg stage. If there are enough of them, they can kill flower buds and spread viruses.

So you need to be vigilant. If you just have a few, you can rub them off affected stems with your fingers or give them a good blast with the hose. If the infestation is too large, spray soapy water over them. But the best deterrent is to encourage beneficial insects into your garden which will eat them, including ladybird larvae, parasitic wasps, lacewings and hoverfly larvae.

These little critters leave small round holes or notches in leaves and flower petals and tend to be active at night, so you might want to do a night patrol with a torch to hunt them out.

Alternatively, make your own traps out of upturned flower pots filled with straw or paper, which you can hang on canes among the tops of plants, providing shelter for adult earwigs overnight.

Empty them in the morning before they’re on the move – and you may want to relocate them where you have an invasion of aphids, as earwigs eat aphids as well.

Be comforted by the fact that the damage is purely cosmetic – they won’t kill your plants, they’ll just make them a little less pretty.

These critters seems to come into their own in summer, and you need to keep your eye out for them on plants which are placed against sunny walls or in greenhouses or conservatories. They’re microscopic but create a fine web on the underside of leaves, which become yellow and dry and may even curl up. They won’t kill the plant but they will stunt its growth.

Help contain them by spraying affected plants with water once or twice a day to increase humidity, paying particular attention to the undersides of leaves.

Sawfly larvae will still be active in summer, particularly on apple and plum trees. While the adults are pretty harmless, they lay their eggs in the tiny fruitlets when the trees are still in bloom. The larvae then hatch and feed in the young fruit, leaving dark excrement in their wake. They can also damage geranium, geum, aquilegia, defoliating the plant extensively.

Pick off affected fruitlets as soon as you see them and don’t leave fallen fruits on the ground, which will result in the larvae escaping, burrowing into the grass and completing their life cycle.

Arguably the biggest nuisance in the garden, slugs and snails make light work of bedding plants and perennials, salad leaves and root vegetables, especially during or after a summer shower.

So, what can we do? Well, metaldehyde slug pellets are being banned next year but there are many other ways to keep them at bay, including beer traps, copper tape around pot rims, placing egg shells or other sharp material around vulnerable plants, or by introducing nematodes – natural microscopic organisms, which you apply by diluting them in water then watering them into the soil to kill the slugs underground.

I personally find that doing a slug and snail patrol after a sharp shower and picking off all I see, lifting the foliage from potted plants to seek out slugs which have climbed over to feast, is the best solution.