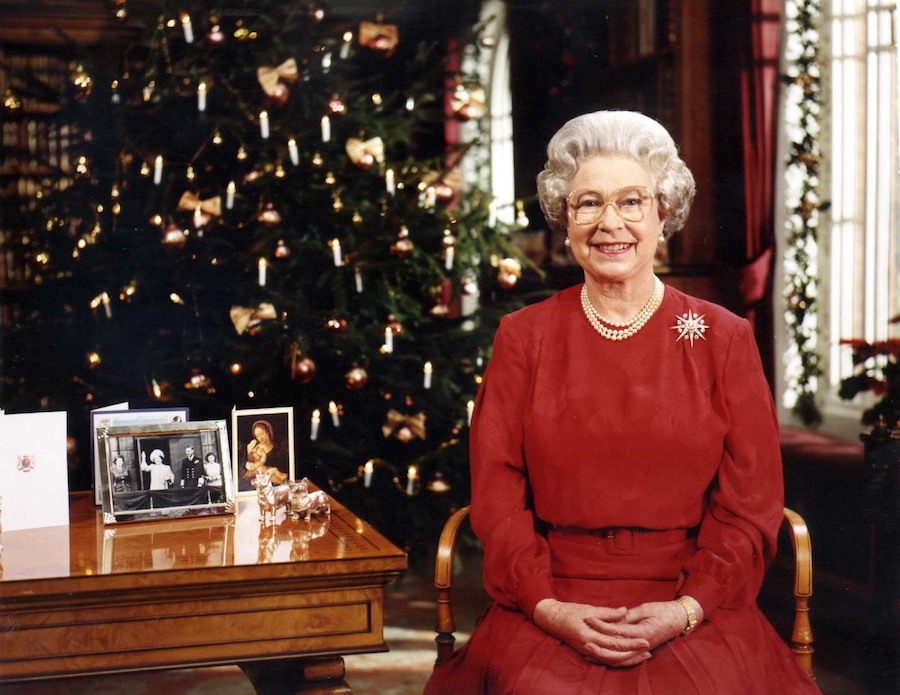 The first Christmas radio broadcast was by George V in 1932, while the speech was first televised in 1957

The Queen’s Christmas broadcast is a traditional feature of the festive season where the head of state can express her thoughts about the past year.

The monarch made her first Christmas broadcast live on the radio in 1952 – the year of her accession – and the annual message was first shown on TV in 1957.

She has made a Christmas Day speech every year except in 1969, when she decided the royals had been on TV enough after an unprecedented family documentary.

Instead, her greeting took the form of a written address.

The first televised broadcast was transmitted live from the Long Library at Sandringham, and the Queen told how she hoped “this new medium will make my Christmas message more personal and more direct”.

The Queen’s first pre-recorded speech was in 1959.

The monarch – a consummate professional – usually completes her delivery in one take.

But footage from an ITV documentary earlier this year revealed that that her 2017 speech had to be re-recorded after a chirruping bird outside the palace window interrupted the proceedings.

In her 1991 message, the Queen silenced rumours of abdication as she pledged to continue to serve.

She also issued a writ against The Sun newspaper after it published the full text of her 1992 broadcast two days before transmission.

She later accepted an apology and a £200,000 donation to charity.

The Queen’s grandfather, King George V, delivered the first royal Christmas broadcast live on the radio from Sandringham in 1932.

He read a message composed by author Rudyard Kipling.

The original idea was suggested by Sir John Reith, the founding father of the BBC, to inaugurate the Empire Service, now the BBC World Service.

George V was at first unsure about using the relatively untried medium of the wireless, but eventually agreed.

The fixed time of 3pm each year was chosen in 1932 because it was considered the best for reaching most of the countries in the British Empire by short wave.

King George VI, the Queen’s father and Edward’s brother, made his first broadcast in December 1937 in which he thanked the nation for their support during the first year of his reign.

There was no Christmas broadcast in 1936 or 1938, and it was the outbreak of the Second World War in 1939 that firmly established the tradition.

The speech is written by the Queen herself and is one of the rare occasions when she does not turn to the Government for advice and is able to voice her own views.

Each message has a strong religious framework and reflects current issues.

She chooses a theme, drawing sometimes on her own personal experiences and sometimes from global events such as wars, terrorist attacks or natural disasters.

In 2003, the Queen recorded her annual Christmas message entirely on location, away from a royal residence, for the first time.

With a military backdrop of armoured fighting vehicles at Combermere Barracks in Windsor, she paid tribute to British servicemen and women who had fought in the Iraq war.

The Queen sometimes watches her own speech alone on Christmas Day.

The Duke of York revealed the monarch can prefer to leave the room to scrutinise her work as the rest of the royal family gather around the television together at Sandringham on December 25.

Andrew recalled: “I do remember that sometimes the Queen watches it and sometimes sits in another room thinking ‘Has it come across in the right way?’”

He added: “As children we were always encouraged after lunch to behave ourselves and wait for the Queen’s message, because lunch would usually finish within one or 15 minutes of quarter to three, and three o’clock is the time we all sit down and watch it.”

The duke spoke of how other members of the royal family have taken part in the broadcast over the years.

“I think all of us have taken part in it in one form or another over the years,” he said.

During the Falklands War when the duke served as a helicopter pilot, Andrew and his fellow servicemen were the focus of the Queen’s 1982 message.

“The fact that the Queen, their Commander in Chief, had a concern and was thinking about what they’re doing, and as it were, was with them for those few minutes, gives you a tremendous buzz and a feel that ‘Oh we’ve been mentioned, we’ve been thought about’,” he told ITV.

In pictures: 72 years of married life for the Queen

A bridge too far

Down memory lane: The Great British love affair with the seaside 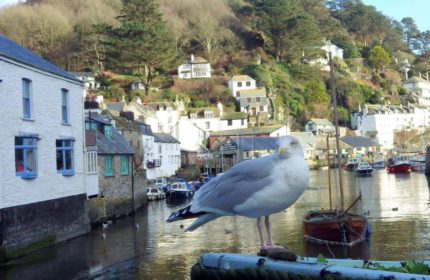