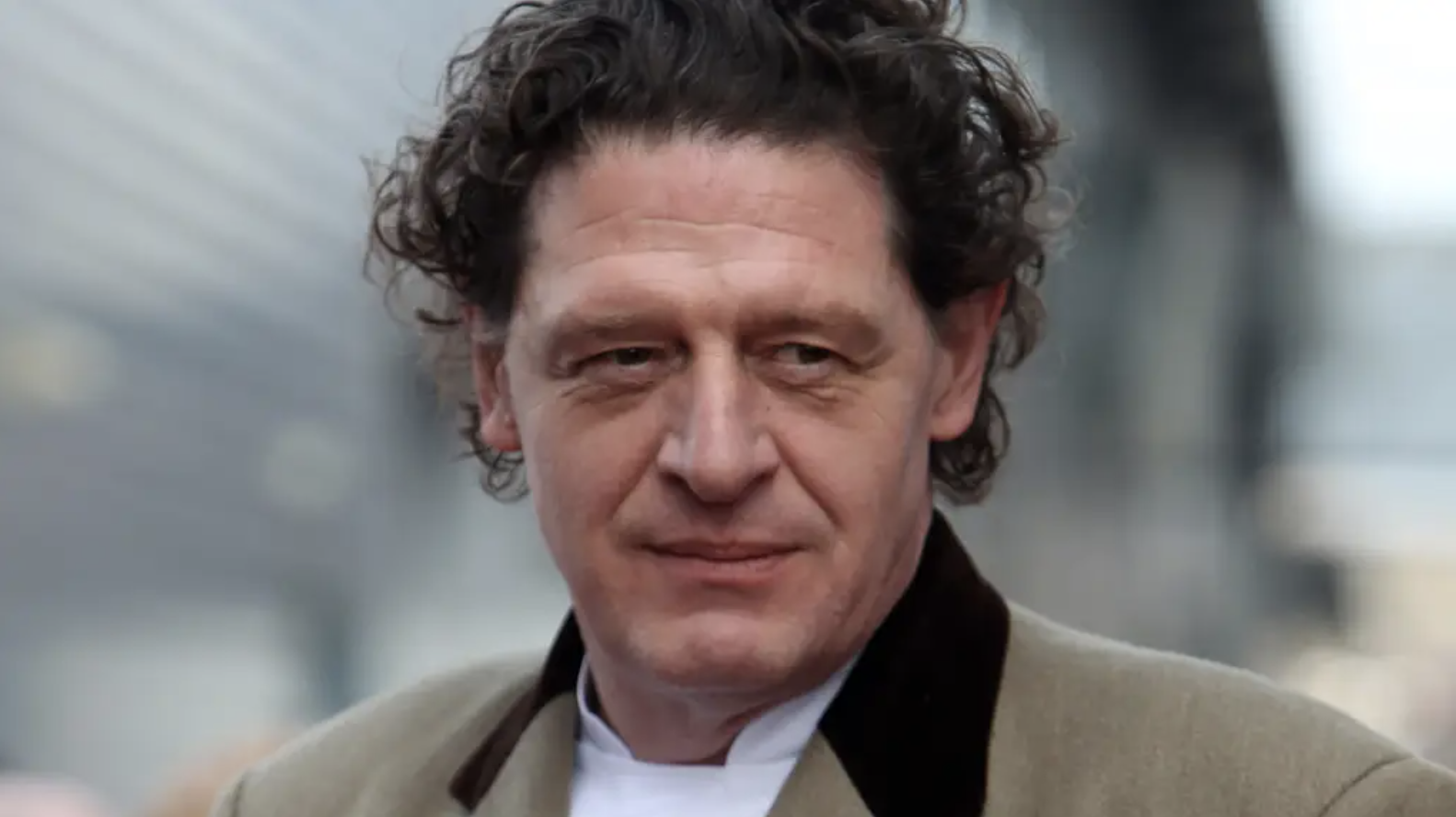 We catch up with legendary chef Marco Pierre White, who has turned to gardening, but will never lose his love of food

Marco Pierre White is busy turning solid oak sleepers into paths to his shepherd’s hut, and carrying out tree surgery in his garden at the Rudloe in Wiltshire.

The last year or so, throughout the lockdowns, he’s been occupied with creating wildflower meadows, tending his shorthorn cattle and Wiltshire horn sheep (the songbirds use their unshorn wool as nesting material, he explains), dry stone walling, planting a fig orchard and pruning. “I like getting my hands dirty,” says the celebrated chef and long-called ‘enfant terrible’.

Gardening sounds like it very much suits the Leeds-born cook, in that it taps into the part of his brain that cooking has always engaged. “That’s how I treat ground,” he notes. “I look at the space I’m developing like a plate.”

This is despite the difficulties the restaurant trade has faced (and White has many a restaurant). He seems relatively untouched, or at least philosophical about the state of the industry: “More people have come into the trade. But some people have left the trade. It’s the same. And the people who have a love affair with food and the restaurant world and the hotel world, will always be attracted to this world.”

White’s son, Luciano, has has announced he’s launching a second restaurant in Dorchester, while White himself has just announced his own limited-edition gin, Mr White’s. “We like gin a lot actually,” he says with customary charm.

He’s even had pigs, but has decided against them for the moment, “because they’re stubborn. We create nice homes for them. The problem is when it’s time to take them to market, they don’t want to leave – it’s extraordinary. People say, ‘Marco do you name them?’ No, I don’t, but I’m very fond of them and they’ve got great emotional intelligence.”

They’ve not quite put him off eating meat, but White is very enamoured with vegetables. “I was a vegan for nine months of my life. That’s how I discovered kimchi,” he explains genially, adding that he and his daughter, Mirabelle, do a lot of plant-based eating together. “I spent a lot of time in India and Sri Lanka. And so when I’m in India, when I’m in Sri Lanka, then it’s always plant-based.”

Travel has of course been an impossibility, but White has actually quite enjoyed being stuck at home. “I always look at the positive in everything in life and had it not been for lockdown, I wouldn’t have spent so much time in the garden,” he muses. “It’s been amazing.”

Famously, White began his kitchen career in the late 1970s, and arrived in London aged 16 with less than a tenner in his pocket. He went on to work with Albert and Michel Roux at Le Gavroche, and later Gordon Ramsay, Jason Atherton and Heston Blumenthal. He became the youngest ever chef (aged 33) to earn three Michelin stars, and brilliantly played up to his bad boy image, writing the incredibly influential cookery-book-memoir, White Heat. The man is a celebrity cheffing legend.

Could that trajectory happen for young chefs today? “I think everything is doable, but it depends what sacrifice you’re prepared to make, to create,” says White. “I teach my daughter [Mirabelle] the importance of struggle. I think struggle is really important in life. Without struggle, if you’re a writer or you’re a cook like I am, without struggles, where’s the creativity?

Comfort, he argues, isn’t always ideal. “I think comfort makes someone complacent. I think comfort makes people lazy. I think comfort diminishes imagination.” But the comfort of a good meal is another matter. “I remember when I was a young man, when I was 20 years old, I had a girlfriend. We used to scrape together a few coins and go to the park and have a sandwich and a cup of tea. It was the most romantic and most delicious meal ever. Just something so simple.

“Maybe I’m too romantic. Too much of a purist, too much of an artist,” he admits. “Maybe that’s my problem.”

We are talking because White, a huge fan of Asian cuisines, is championing Korea’s beloved kimchi – fermented, salted vegetables, eaten as a side and punchy condiment. “It works wonderfully with a pork pie, a sausage roll, a Scotch egg, because it cuts the fat,” he says. “I used to always have my pork pie with either English mustard, or with Branston’s [Pickle]. Now I have it with kimchi.”

It adds another dimension, he says, and works wonderfully well with a slice of mature cheddar, “it cleanses the palate for the next mouthful”. White hasn’t yet made kimchi himself but is planning to. “Eating is one thing, and enjoying it is one thing, but by making it, you get this great understanding.”

White turns 60 in December. “It’s one thing telling people, being told is another,” he says, half-laughing, half-flustered at the prospect of it. “I’m not there yet. But it’s interesting. I do think, ‘Wow’. And I reflect on my life. When you think; from gardening, to kimchi, to cooking, to wildflowers, to shorthorns…”

Ask him to look ahead or consider his next steps though, and he explains, “I don’t think like that. I just live day by day. I put all my energies into that one day. And at the end of every day, I say to myself, ‘Was I productive today?’” What a simple, romantic way to live, shorthorns included.

Enter Kooking Kimchi’s competition to win the chance to join chef Marco Pierre White and S Club 7 star Rachel Stevens for a Korean kimchi masterclass. Share a video or photo of your favourite dish featuring Korean kimchi and tag @kookingkimchi_ on Instagram. The competition runs from June 21 for five weeks.