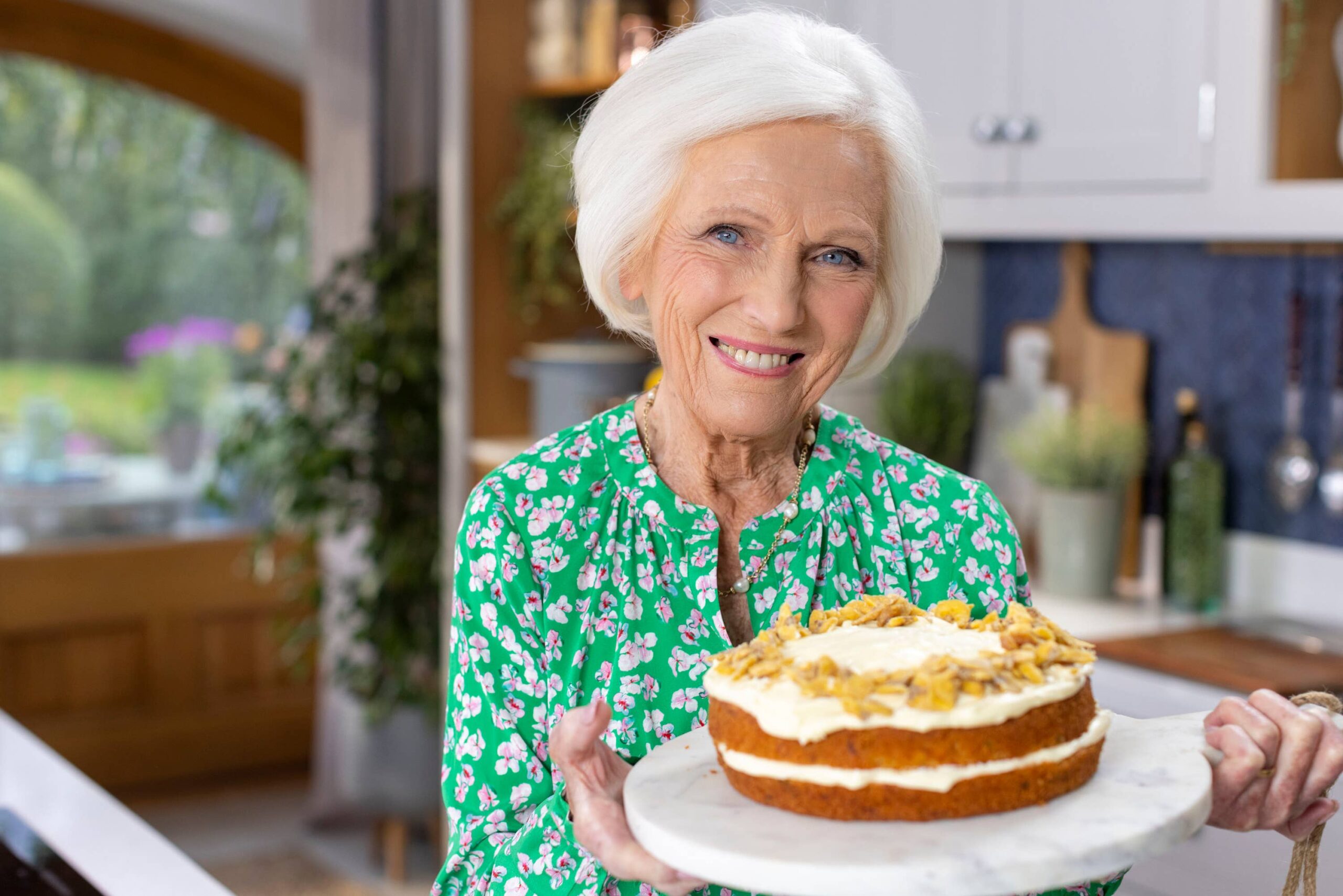 Mary Berry on family arguments over food and drink, and helping newbie cooks surprise a loved one

Mary Berry is back with a wholesome new show on BBC, Love To Cook.

Mary Berry makes cooking seem so straightforward and soothing. The kitchen in her new series, the aptly named Love To Cook, is softly lit and apparently stress-free.

“Oh, it’s my relaxation,” says Bath-born Berry, 86, of whipping up dinner. The immaculately turned-out telly presenter and Cordon Bleu-trained cook has been doing so for decade-upon-decade, along the way cajoling us all to get in the kitchen and enjoy it too. Does any house not have a Mary Berry cookbook on a shelf somewhere? “I don’t find the kitchen stressful because I do know what I’m doing,” she says. “And I do wash up as I go along.”

Wander in while she is cooking though and she will undoubtedly put you to work. “If anyone says, ‘Can I help?’ I always find something for them to do. And I think it’s quite nice, I mean, it just depends on who it is there with you. If it’s family, they’ll always lay the table or chop veg.”

Does she listen to music while she cooks? “I should, but I don’t. I sometimes listen to the Saturday Live program first thing on BBC Radio 4, when you get Richard the vicar on,” she says, talking of the very delightful Reverend Richard Coles, of The Communards and Strictly Come Dancing fame. I often listen to that on Saturday morning if I’m preparing for the weekend. Isn’t he wonderful? I love it.”

Love To Cook was actually commissioned at a very stressful time, at the start of the first lockdown. “We were all beginning to cook but in a different way,” remembers Berry, who was locked down with her husband of more than 50 years, Paul. She says the experience “reminded me I love to cook” and also proved rather helpful when it came to having the time to really consider ingredients and develop recipes.

Not that Berry and her long-time collaborator Lucy Young have totally upturned the Berry way of cooking – not in the least. The recipes that accompany the new series are classic Berry: “The sort that don’t have too many ingredients and [use] things you’ve got on your shelf.” And any flavours that are relatively new to the Berry canon, for instance, preserved lemons, white miso paste, Szechuan peppercorns, pop up repeatedly, so they do not end up forlornly underused.

Filming the series was a grounded affair though. The pandemic meant Berry was restricted to travelling around England for it, but there was, she says “still lots to learn”. The show sees her meet a group of men who have turned to piemaking to help combat “feeling low and depressed and lonely,” and she visits everywhere from Brixton Village in south London for its incredible market produce (“I knew nothing about Nigerian food”), to Carmarthenshire to forage for samphire.

In episode one she meets Terry Walton, a celebrated allotmenteer who lives in a former Welsh mining town. “If you look into the hills, years gone by it would have been slag heaps, all grey,” says Berry. “And now there’s no mine there. They were beautifully covered in green.” She was particularly enamoured with the camaraderie on Walton’s allotment. “They have a little shed, which they built out of old doors and window frames, and got electricity in there for their tea, they all go in at sort of 11 o’clock and chat, it’s socially great,” says Berry, who is a keen gardener herself.

When we speak she is absolutely inundated with perpetual spinach. “It’s always there for you,” she says. “I picked all of our perpetual spinach about two weeks ago and there it is, up again, this baby spinach. I mean, it’s terribly rewarding.”

She is sure that many of those who’ve taken up growing their own since March 2020 will continue to do so, because it is hard to shake the feeling of pride you get eating something you magicked out of the ground. “When we sit down to supper, my husband will say, ‘These are our carrots’ and you feel quite proud when you’ve grown them,” she says, although she’s quick to point out, her carrots are more gnarled thank supermarket ones “but the flavour is there.”

Berry is not put off by the odd failure either. “This year the asparagus hasn’t been terribly successful; some things you find grow very well in your soil, and [for] some people, it doesn’t.” She does have to wrangle with some critics at home though. She grew yellow tomatoes this year, and considers them delicious, but her husband does not. “He says tomatoes should be red,” she says mildly, and there is similar dissent on berries. “My other disaster is because I grew golden raspberries,” says Berry archly. These are also very tasty, she says, “but of course, the family thinks they’re not the same as red ones.”

However, her lemon tree is a roaring success, although amusingly she isn’t zealous about homegrown vs supermarket fruit and veg. “I’m very, very thrilled to use them and put them in gin and tonics and use them for cooking,” she says of her homegrown lemons. I love them. But I can’t really say they’re any better…”

While Mary Berry’s Best Home Cook, which she presented alongside Claudia Winkleman, is ‘set to be axed’, Berry is lined up to present new series Mary Berry’s Fantastic Feasts on BBC. “Gosh, I am excited about that,” she says, explaining how it’s “very much for novice cooks”. The idea is, instead of judging home cooks on their culinary abilities a la Best Home Cook and her days on The Great British Bake Off, Berry will help newbie cooks surprise a loved one with a feast of a meal.

“I will be teaching them, I love teaching, and then they’ll go and cook for their guests and there’ll be a party at the end,” says Berry, genuinely quite a-buzz. “They will be absolute novices, but yet, they want to have a go.”