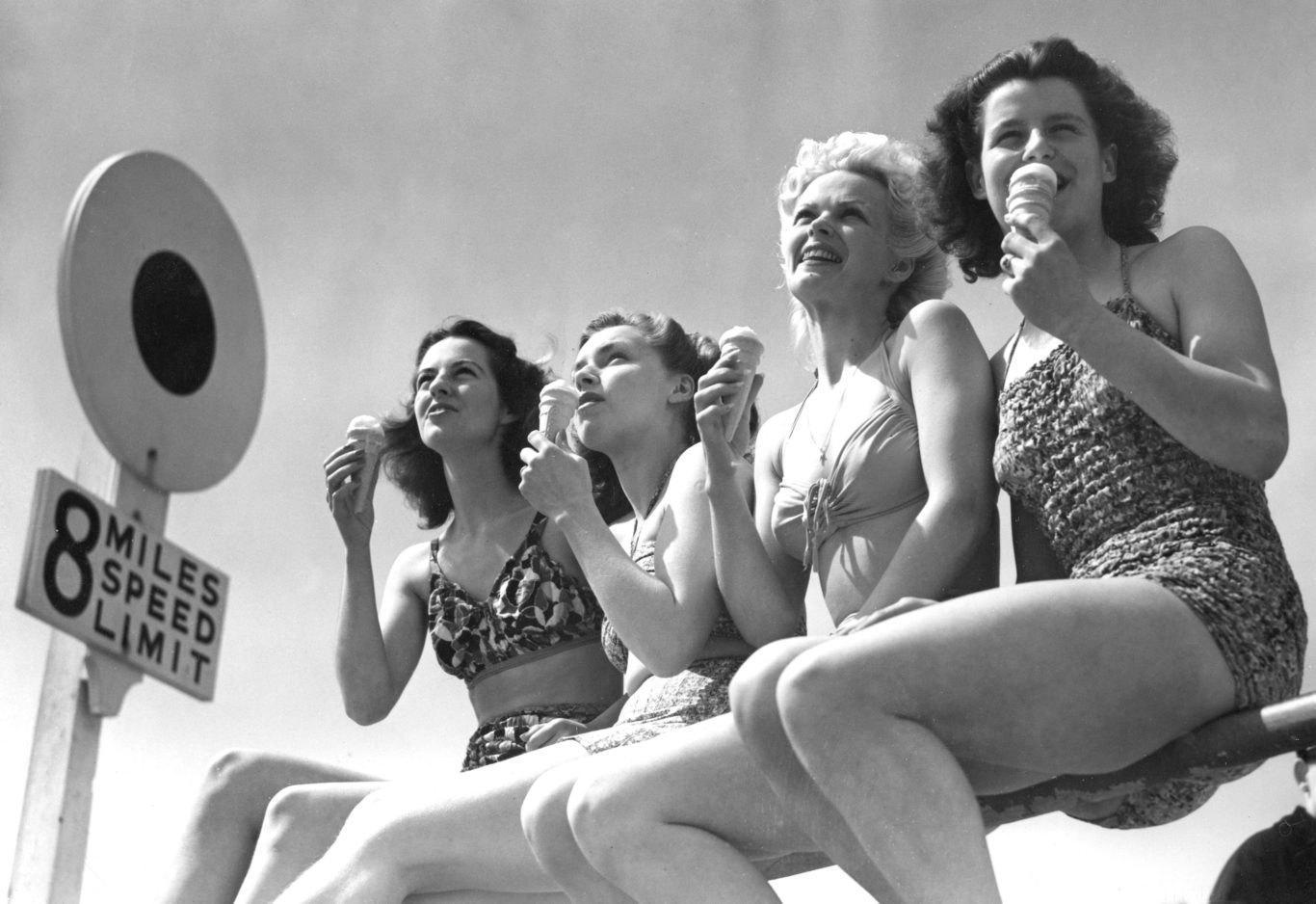 The story goes that the very first ice lolly – with a stick handle – was accidentally invented by an 11-year-old American in 1905. Frank Epperson left a glass topped up with water, powdered soda, and a wooden stirring stick outside overnight – and the rest is decades of tasty, cooling history.

It took a while from that point for the ice lolly industry to take off commercially though. Wall’s only started selling ice creams almost two decades later, in 1922, the same year the trusty choc ice came into being – which, in their striped paper casings have barely changed, and rightly so.

Travelling ice cream hand carts were to be found throughout the Twenties, but the ice cream van – thanks to New Yorker Tom Carvel – as we know it today, became a thing in 1929.

It was in the Fifties that ice lolly innovators really got into their stride though. Remember this lot?

1950s
The mid to late-Fifties saw the welcome advent of several ice lollies that are still much-loved favourites today. It was the decade that brought us the ’99’ from Mr Whippy (sadly, rarely found for less than a couple of quid now), perfectly matching soft-whip ice cream with the Flake – what would summer be without one dripping down your arm?

We also got the classic Cornetto – ridged with chocolate, topped with nuts – as well as cheap and cheerful ices, including the Calippo (it has to be orange, and you have to leave it to melt a little so you get a drink at the bottom), the Orange Maid (basically one of your five-a-day) and the now defunct Mivvi – a fruit split, creamy in the middle, icy on the outside.

1960s
Mivvys and Orange Maids dominated much of the Sixties too, but were given a run for their money in the freezer space stakes after the Zoom hit shelves in 1962 (also known as the ‘rocket lolly’). It was swiftly followed by the Fab, which is celebrating its 50th anniversary this year. Sure, Sixties kids may have dreamt of getting a decadent Cornetto from the ice cream van, but more often than not, parents would plump for one of these reliable ices. And can you really beat the sprinkles on a Fab? We think not.

1970s
Cola Quenches, cider lollies (sadly, they didn’t contain any alcohol) and many a Wall’s Lemonade Sparkle were devoured during the heatwave summer of ’76. This was also the decade that gave us the Screwball, where you were tasked with peeling of the cardboard lid and scoffing a plastic cone full of raspberry-ripple ice cream to get to a tooth-cracking bubble gum ball in the bottom – many an Eighties kid will remember not being allowed them as a result.

1980s
You’ll have been wondering why we haven’t yet mentioned the king of all ice lollies – the Twister – and that’s because it’s only been around since 1982. A core of strawberry ice, encased in a twirl of pineapple ice cream and lime flavoured ice, it’s arguably the most delicious of the lot. If you weren’t gorging on Twisters in the Eighties, you’re likely to have been spending your pocket money on Wall’s’ unnervingly-named Funny Feet, or begging your parents for a box of Magnums – oh the extravagance.

1990s and 2000s
Come the Nineties and Noughties, it was all about ice lolly sequels. The Solero got a cousin; Solero Shots (which had to be knocked back quickly, or else you’d end up with a slush of highlighter pen-coloured ice you couldn’t get out of the Dalek-shaped tub); the Mars bar got frozen, and so did the Kit-Kat, which flopped spectacularly as the wafers went soggy. The follow-up frozen Kit-Kat Chunky did marginally better.

The most successful was the Fruit Pastille ice lolly, which still makes an excellent back-up if there are no Calippos left.

2010s
It feels like a long time since any ice lolly brand attempted to unseat the mainstays of the ice lolly world – your Twisters, Feasts, Mini Milks, and Calippos. Perhaps they can’t be bettered? Instead, grown-up boozy popsicles (gin & tonic, prosecco and peach), all-natural sorbets and artisan ice creams with eclectic flavourings, from bay to lychee and chilli, try to draw attention from their brightly coloured, icy forbears.

Still, nothing beats a Fab…

Which is your all time favourite ice lolly?