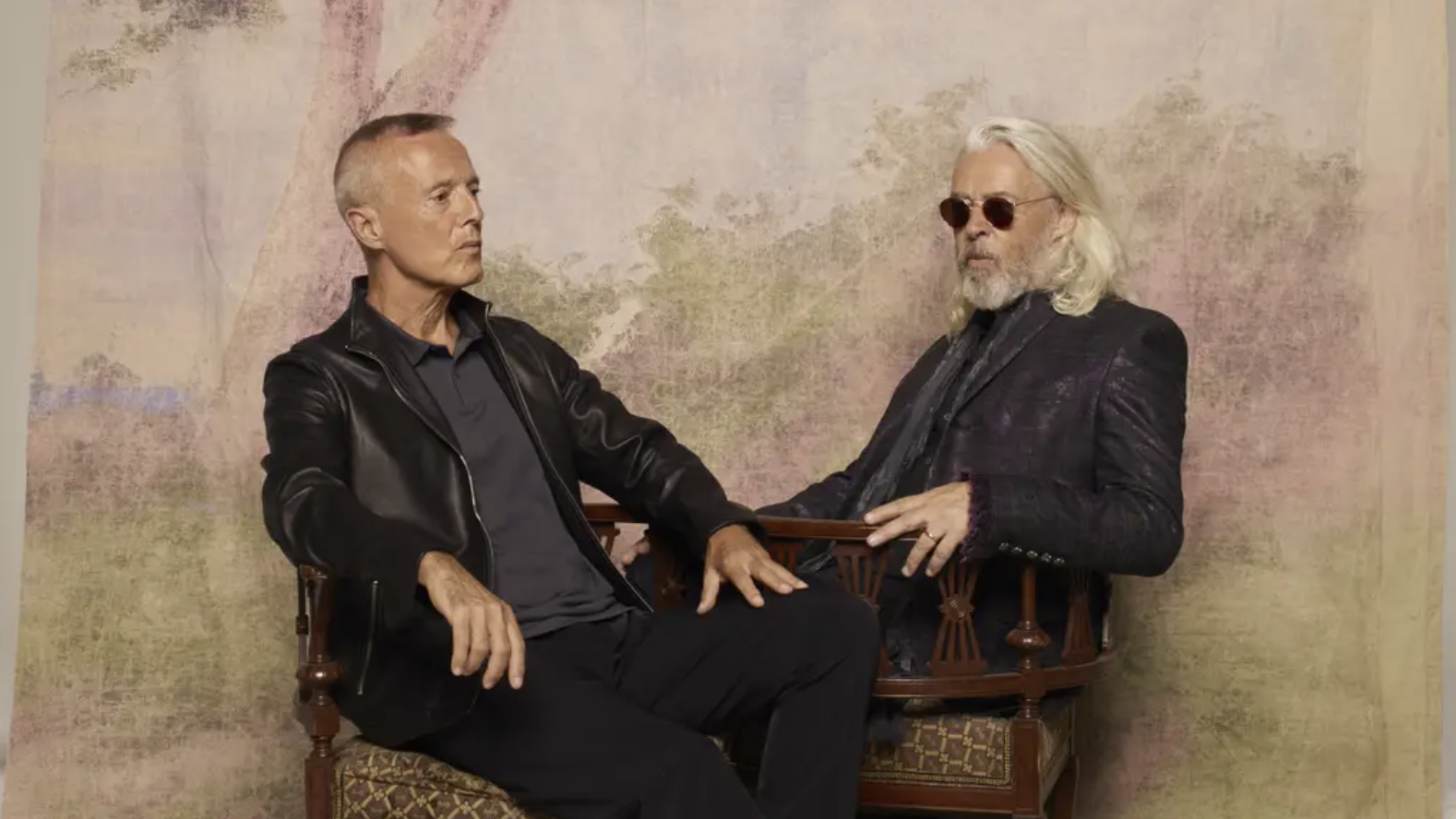 The iconic duo are back with a new album after 17 years away.

In the Eighties, Roland Orzabal and Curt Smith made it their mission to engage with difficult topics like childhood trauma, primal scream therapy and mental health.

Timeless tracks such as Mad World, Everybody Wants To Rule The World and Shout saw them shroud those issues in catchy choruses and stadium-sized synths. Ultimately, this combination made them unlikely pop icons.

Now, 17 years since they last released an album of new music, the pair, both now 60, will return in 2022 with The Tipping Point and fans will be pleased to discover their latest project rediscovers this rawness.

“When music comes from a place of honesty, it just is more powerful – simple as that,” says Smith from his home in Los Angeles.

Tears For Fears’ seventh studio album reflects the personal and professional tipping points they have faced since their last album, 2004’s Everybody Loves a Happy Ending. These include rebuilding their previously fractious relationship, the politics of Smith’s adopted home of America, and Orzabal’s experience of losing his wife of nearly 40 years.

The Tipping Point’s 10 tracks sound unlike any of their previous albums. But it took some time to arrive here. After three successful albums across the Eighties, there was an acrimonious split and the pair explored solo projects. In 2004, they reunited for a new album but failed to reignite the fruitful creative partnership (or the sales figures) of their heyday.

Nevertheless, they continued to tour and, at the behest of their then-manager, went into the studio with an array of external songwriters. This was not a success.

“It was an interesting exercise,” says Smith carefully. “I’m not knocking necessarily the premise. We went along with it. It didn’t seem that alien to us, particularly at the time.

“But then you get into it and realise, ‘Ah, this is not really working, and this is not us’. This is us attempting to be something else. Effectively, something we’re not.

“I spent the last bunch of years doing college tours with my kids and half the battle for them to choose a college was finding out where they didn’t want to be. Then, after that, you would then whittle down to where you want to be. And it seemed obvious to me early on that that was nowhere that I particularly wanted to be.”

Eventually, Orzabal and Smith got together for a crisis meeting. They sat down with acoustic guitars at Smith’s home and began to write, without any outside interruptions. “That chunk of music was the opposite to anything we had attempted before,” Orzabal recalls from his mother-in-law’s home in Colorado.

“It wasn’t commercial, it wasn’t pop music. It was folk, it was blues, it was country. It was Johnny Cash. Who knows?”

He took the song away and it became No Small Thing, with its poignant refrain about personal freedom. That was the jumping-off point for the rest of the album.

Orzabal puts that moment in stark terms: “It was this relief,” he explains. “The sense of freedom we had, being able to do what we wanted. And we have earned that right.”

Orzabal’s wife of nearly 40 years, Caroline, died in 2017 after struggling with depression. Four years later, after meeting and marrying writer and photographer Emily Rath, he feels ready to share music inspired by that time, and the song Please Be Happy recalls his experience in stark detail.

“That’s a very moving song for me,” he offers. “Watching my wife struggle with depression to the point where it was was killing her, as was the alcohol. And those two things are sometimes indivisible and, until you take alcohol and pills out of the equation, you’re never going to get to the heart of someone’s mental problems.

“Watching her was heartbreaking and that’s a very poignant part of the record, I must say. The first line Curt sings, I have to leave the room. Oh yeah, I can’t bear it. But that’s what we’re here for.”

Tears For Fears were ahead of the curve when they sang about topics such as depression and even psychoanalysis in the Eighties.

“This is progress,” Orzabal says. “The role of the artist is to try and progress things in society and make things that were not acceptable become acceptable, slowly. And there’s no better way of doing it than in music.

“It seeps in through your eyes and creeps inside your brain. Or something like that – to quote one of my lyrics from the new album.

“We’re happy about it – very, very happy about it indeed. And, having had my own mental illness struggles recently after the death of my wife, I am glad we can talk about it now.”