Menu
Articles
Articles Entertainment & NewsVE Day 75 at home: how the UK will channel 1945 spirit in lockdown 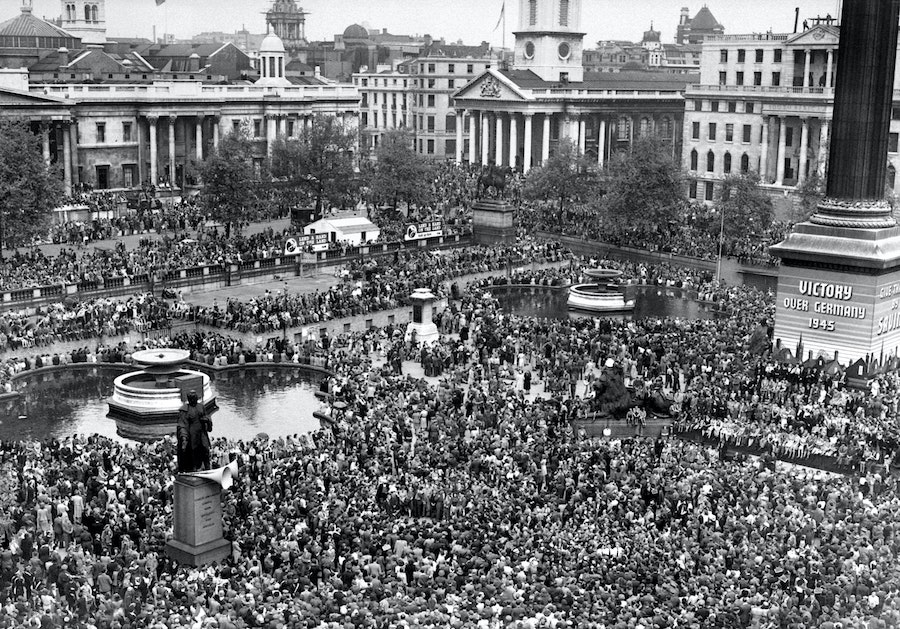 The coronavirus lockdown has meant that hundreds of VE Day celebrations have had to be cancelled, so commemorations have moved online.

Parties in the streets and crowds cheering in Trafalgar Square marked Victory in Europe Day in 1945, with the British public rejoicing after six long, hard years of war.

This year, the coronavirus lockdown has meant that hundreds of celebrations planned for the 75th anniversary of the momentous day have had to be cancelled.

But in the same way that millions of Britons have used technology to satisfy their pub quiz itches, see family members, and even get married, VE Day 2020 on May 8 is taking place at home and online.

The PA news agency has spoken to organisations across the UK to get a round-up of how the country will be marking the occasion, be it taking part in the Nation’s Toast, cooking with ration books or planning a #VEDay75stayathome party.

– 11am: A two-minute silence will be held to honour the service and sacrifice of the wartime generation and reflect on the devastating impact Covid-19 has had on so many lives across the world.

Grab a cup of tea and tune in as the generations of the Second World War and today are brought together to chat about their shared experiences.

Hosted by TV presenter Sonali Shah, the 45-minute programme will feature stories from those who served and sacrificed, as well as recognising the difficulties people are experiencing today.

– 3pm: The Nation’s Toast to the Heroes of World War Two. Take part by raising a glass, cheering and clapping on your doorsteps and saying: “To those who gave so much, we thank you.”

– 9pm: A pre-recorded address by the Queen will be broadcast at the exact moment her father, King George VI, gave a radio address on May 8 1945.

– 9pm: Fancy a sing-along? After the Queen’s address, the nation is invited to come together in a rendition of Vera Lynn’s We’ll Meet Again on BBC One.

– A “huge virtual party” is planned for Mansfield in Nottinghamshire, with residents encouraged to hold picnics in their front gardens and deliver wartime-style treats to loved ones in lockdown isolation.

Singer Jessica Poole, known as the Yorkshire Belle, will lead a wartime sing-along of 1940s favourites live on the council’s Facebook page at 8.15pm.

– In Plymouth – which was bombed on 59 separate occasions during the Blitz – people are being encouraged to put on their dancing shoes at home.

Local troupe Plymouth Dance have made online tutorial videos to get the city whirling and twirling to Frank Sinatra classics Sway and Come Fly With Me.

– In Surrey, Epsom and Ewell Mayor John Beckett said: “We may be in lockdown, but we are a patriotic borough, so let’s mark this great day by getting out the bunting and the Union flags and turning our borough red, white and blue!”

– Basingstoke Mayor Diane Taylor is encouraging people to join in the international Cry for Peace at 6.55pm.

She will be streaming the address live on social media at the same time as dignitaries around the world.

– In Gloucester, a series of videos will be shared by Gloucester City Council, looking back at the Second World War, including the incredible contribution of the Gloster Aircraft Company, which manufactured thousands of Hawker fighter planes.

– In the North East, residents of Newcastle and Gateshead will be able to look out at the Tyne Bridge, which will be lit up in red, white and blue.

– Derby City Council will be broadcasting a special pre-recorded dedication service to mark VE Day at 2.45pm on Facebook.