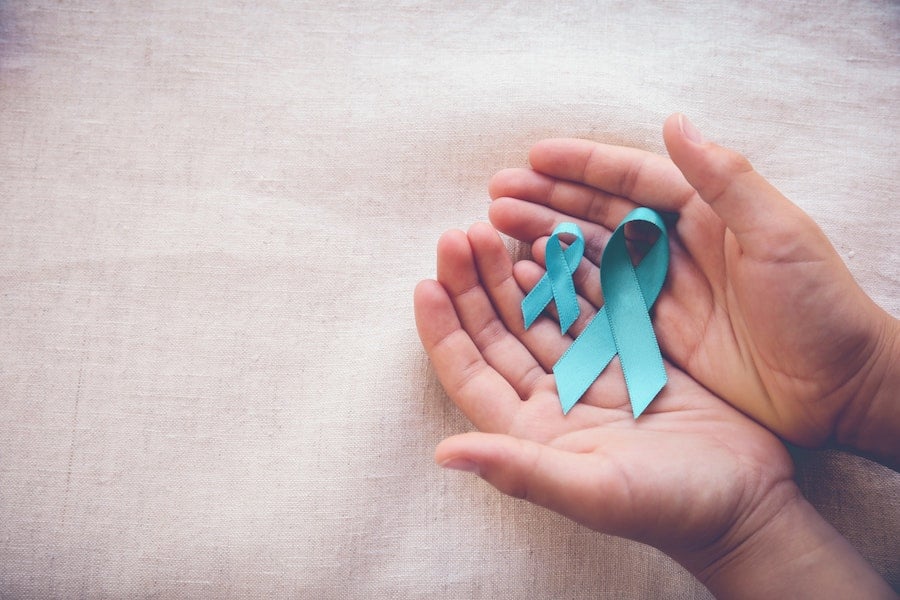 Retired nurse Suzanne Irwin is passionate about sharing her story for Ovarian Cancer Awareness Month this March, so that other women with abdominal and pelvic problems might consider the disease earlier.

She knows the value of high profile awareness activity like the Touch of Teal Tea fashion show which she is taking part in this March with 11 other women diagnosed with the disease for the ovarian cancer support charity Ovacome.

Like many women diagnosed with ovarian cancer, the 56-year-old mother of two from Northolt, West London, had dismissed her pelvic pain and stomach upset for many months as being nothing serious.

She had a demanding job, was going through the menopause and had a history of irritable bowel syndrome: three things she considered might be the cause of her symptoms.

And it was only while working in clinic with a patient and she read an awareness poster for ovarian cancer, outlining all of the things she had been feeling, that she realised that she might have the disease.

“I had been experiencing low level pelvic pain for well over a year, but nothing had shown up on scans and I blamed it on the menopause and put it to the back of my mind,” says Suzanne.

“Coming to the end of the menopause my GP thought I might have IBS, but I had that before and it felt different. My stomach felt unsettled and after eating I would need to rush to the toilet,” she adds.

Matching her symptoms to the poster she knew that she had to ask her GP for a CA125 blood test used to detect the possibility of the disease. Her results indicated that further investigations were needed, which in turn led to a diagnosis of stage 3c ovarian cancer in December 2014.

Suzanne, who retired after her initial surgery and chemotherapy, had a recurrence in 2017 and although her disease is incurable she is grateful it is treatable.

She now wants to alert others to the warning signs highlighted in Ovacome’s easy to remember BEAT acronym:

E is for eating difficulties and feeling fuller

A is for abdominal or pelvic pain you feel most days

T is for toilet changes, bowel or bladder.

“The symptoms may be vague and probably will be something else, but get them checked out,” says Suzanne. “I feel lucky that because I responded to that poster, I can go out and live life day by day, taking part in Touch of Teal Tea and enjoying nature.”

If you are concerned about ovarian cancer contact Ovacome’s freephone support line on 0800 008 7054 or visit www.ovacome.org.uk

Shining a light on blood cancer

Skin cancer: who is most at risk?
JOIN SILVERSURFERS AND... 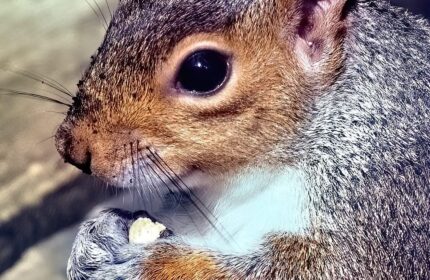