This site uses cookiesClick here to remove this messageMore information
Welcome to Silversurfers - features, offers, news & social forums for the over 50s...
Silversurfers
Log In Join
Silversurfers
Menu
Health
Health & WellbeingDiet & ExerciseWhy exercising for 2 minutes every half hour could be all you need to do 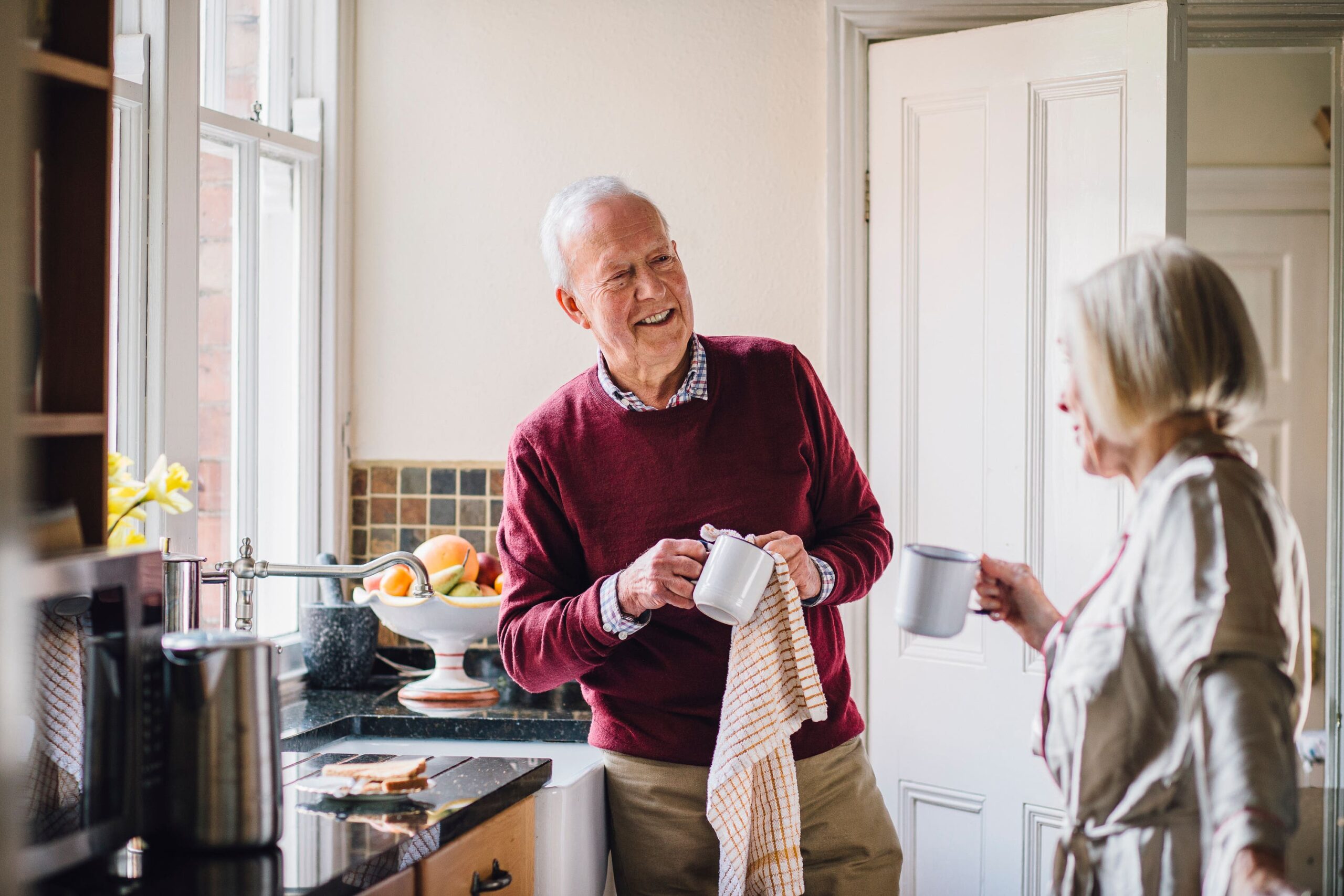 A new study has found that light activity around the home could have profound health benefits.

If you’re over 70 and shielding during the pandemic, it can be difficult to remain active in the same way you used to. And equally, for lots of adults now working from home and no longer walking to or from the office, train station or car park, the amount of incidental exercise many of us are doing, has dropped off massively.

But a new study has found that you may not necessarily have to get outside for a long walk to stay fit – just short bouts of walking or household chores every 30 minutes could benefit your health.

Researchers from Manchester Metropolitan University’s Institute of Sport found that standing up every 30 minutes and performing two minutes of light activity, such as washing the dishes or taking a lap of the house, could benefit those struggling to stay active, and also improve the health of those over 70-years-old.

Researchers examined health markers in 28 women aged over 70 for the study. Participants were split into two groups; the first were asked to perform one continuous bout of light activity daily, for 45-50 minutes each time, for a period of eight weeks.

The second group were asked to do 48 minutes of the same activity per day, but to stagger this, doing two minutes of activity, every 30 minutes.

After eight weeks, researchers checked back in with the women to see how their health had improved.

They found that the first group had improved ability to stand up from a chair, increased upper body strength, increased bone mineral density and reduced fat in the bloodstream to a safer level. They also had reduced their hip circumference by half an inch on average, which is equivalent to dropping a jeans size.

And by staggering this activity in small bouts throughout the day, women also reaped further benefits, including a greater increase in upper body strength, and greater reductions in hip circumference.

Study author Dale Grant, who is also a Manchester Metropolitan PhD student, says that the results could be particularly helpful to older adults, who might be forced to self-isolate due to the pandemic, and who are struggling to keep up their fitness and activity levels as a result.

“Barriers to engaging in exercise have massively increased since the beginning of the Covid-19 pandemic, particularly for older people, who are among those most likely to have found themselves shielding and isolating at home,” says Grant.

“The closure of leisure facilities and lack of home exercise equipment has also played a part in this, and as a result, many older adults are now more sedentary and inactive than ever before, leaving them at higher risk of poor health outcomes.”

But there are ways in which these individuals can make a difference to their own health at home.

He continues: “Simply by replacing sedentary behaviour with simple activities, such as stepping on the spot or doing the dishes, can improve health markers.

“What our research also tells us, is that by frequently standing up and performing micro-bouts of  activity – so just a few minutes of activity regularly throughout the day – you will actually see additional benefits to your health.”

Although the study examined women, Grant says the findings would benefit men in the same way, as physiological health markers are the same.

Previous research has found that older adults tend to spend between 65-80% of their waking lives performing sedentary behaviour, such as sitting or lying down.

This is a worry, as long periods of sedentary behaviour is often associated with serious health complications like obesity, cardiovascular disease, diabetes and cancer. However, it’s not just elderly people that can benefit from more movement.

“Many individuals of all ages struggle to exercise on a consistent basis, not just older adults,” Grant notes.

“Breaking up sitting time with light activity could therefore be viewed as a feasible, alternative means of health improvement for such individuals.

“We believe these findings could potentially be used to help people of all ages.”

If you’re not sure how to get started with fitness, Grant says that putting a timer on your phone to get up every 30 minutes could be more helpful than signing up to a gruelling HIIT challenge.

“Light intensity activity might be a more sustainable option for those who struggle to get involved with exercise regimes, like Joe Wicks HIIT classes, during the pandemic,” he explains.

“Standing up and pacing around the house, side-to-side shuffling and washing the dishes are all basic things you can introduce into your day, that can have a profound impact on your health.”

It might feel strange at first, but the great thing about regular bursts of movement is that it quickly becomes an ingrained habit.

“One of the groups in the study were given a device that vibrated every 30 minutes to tell them to exercise,” explains Grant.

“While they were relying on that prompt at first, after a couple of weeks, a behaviour change took hold and the women were beating the buzzer by keeping an eye on the clock and sticking to good habits, such as standing up between TV adverts.”

He continues: “Those little behaviour change habits become easier over time, the more you practise them.

“Exercise classes can be a big commitment in terms of time and intensity. This style of keeping fit feels more accessible to many people, and once you get those systems in place, it’s easier to stick to them.”