Menu
Health
Health & WellbeingGeneralJune Whitfield on why she will never retire 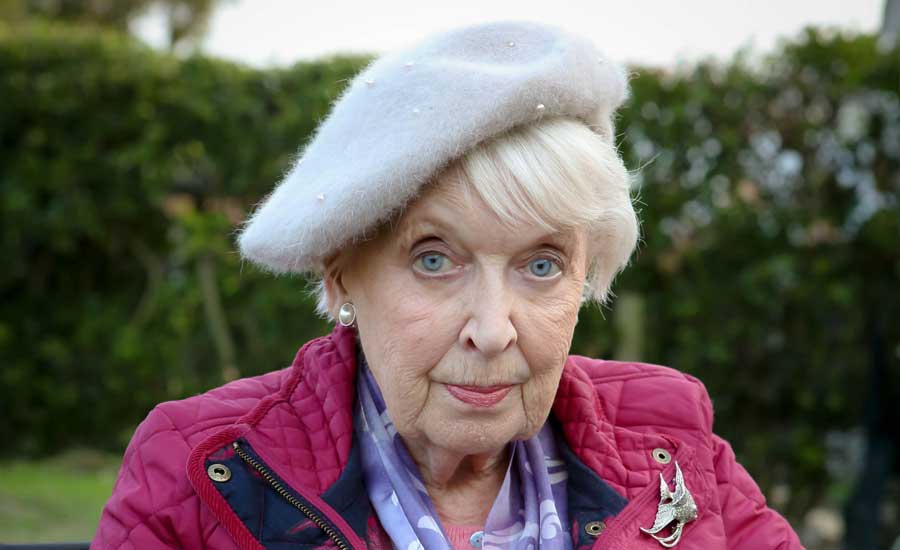 June Whitfield on why she will never retire

At 88, actress June Whitfield is continuing her comedy career with a role in new sitcom Boomers. She reveals to Gabrielle Fagan her views on ageing, her secrets for staying fit, and why she’ll never retire

To put paid to any notion that the age of 88 might be an appropriate time to settle back and simply reflect nostalgically on more than half a century of showbusiness memories, June Whitfield is once again starring in a new show and being put through her paces by a personal trainer.

“For me, work is more fun than fun, so as long as it’s offered, I’ll grab it,” says the irrepressible comedy legend with a beaming smile as she enthuses about her role in BBC One’s Boomers, a comedy drama about three newly-retired couples in Norfolk.

In the TV series she plays Jean, Stephanie Beacham’s cantankerous, wheelchair-bound, elderly mother and mother-in-law to comedian Russ Abbot. “It’s very funny show and with such a wonderful cast I was delighted to be part of it,” she explains.

“Jean provides some fun. She’s resigned to being old but thinks that means she should be treated properly by people, and she’s managed to remain a bit independent.

“I imagine she was always difficult and now she’s somewhat burdensome but she wouldn’t think so. She’s a free spirit and likes a drink but it doesn’t make her any more amenable, she just gets more irritating!

“Also, when I found out Jean’s in a wheelchair I thought, ‘Oh that’s good, I won’t have to do a lot of standing’!”

To safeguard her own mobility Whitfield, famous for roles in Terry & June, The Last Of The Summer Wine, and for playing Jennifer Saunders’ character’s sweetly dotty mother, in Absolutely Fabulous, now has a weekly workout.

“A couple of months ago I took on a personal trainer just to keep me moving. I don’t walk about an awful lot because my feet hurt, so I thought it was a good idea,” she says briskly.

“He makes me run up and down stairs and touch my toes, those sorts of things, and I feel better for it definitely. I’m meant to do exercises in between seeing him, but I always find excuses! He’s a lovely young chap and also gives me a massage to iron out the creases.”

Her own career, by contrast, has been a seamless series of triumphs working with comedy’s greats. She began in the Fifties as the eternal fiance Eth, coaxing her dosy partner, Ron Glum towards the altar in radio’s Take It From Here, and has worked with Arthur Askey, Frankie Howerd, Dick Emery, Peter Sellers, Tony Hancock, Jimmy Edwards, Julian Clary and Roy Hudd.

“Lots of people have asked me if I’ve had to act differently to suit each one but, in fact, I do the same. It’s what’s around me that changes. Arthur Askey and Julian Clary are not exactly the same, but the process is,” says the London-born actor who made her first stage appearance at the age of three after her mother, an amateur dramatics fan, enrolled her at a dance school.

Her generation of actors, she believes, have been fortunate compared to the present one. “There wasn’t the pressure of money and budgets when I started. In those days, the powers-that-be made decisions quickly but nowadays there are 95 people making a decision just about whether to go with a pilot. They don’t want to take a chance too often,” she says.

“I pity the young coming into the profession today because it’s very different for them and because they see all those reality shows and they think, ‘I could have a go at that’ and it doesn’t work out that way. I’d advise them to train in something else as well so they have something to fall back on.'”

With her characteristic modesty, this elegant, charming woman says: “I look back and think I’ve been very lucky that work has always turned up over the years. Like a lot of actors I always wonder if every job is my last.

“I’ve always said that one of the reasons I’ve worked so long is that I’m no trouble. Noel Coward is quoted as saying, ‘Learn your lines, speak clearly and don’t bump into the furniture’ and following that advice has stood me in good stead.”

While she may reminisce fondly on past experiences, she’s equally determined to stay abreast of today and has embraced technology. “I have an iPad, I’m on email and have a mobile phone – the only thing I’ve never done is Tweet. But I like the thought of trying to keep up. As older people, I think it’s important we know how to be online because it won’t be many years before that will be the only way of communicating, and it’s also very satisfying when you discover how to do something.”

She reluctantly concedes one penalty of age: “my memory is appalling – apart from learning lines”, but won’t countenance retiring.

“I can understand people yearning for retirement, but the sad thing is that, unless they have something of interest to do, whatever it is from golf to gardening, they can end up feeling really frustrated and bored,” she says.

“I think it happens perhaps a lot more to men than women. So I would advise everybody not just to sit down and grow old but start doing something they enjoy. I know I’m incredibly privileged to do something I love and to meet wonderful people. Acting keeps you moving and gives you a reason to get out of bed. It certainly stops you sitting down and feeling sorry for yourself, because you know there’s something you’ve got to be doing and you’ve got to get on with it.”

Despite that, she cheerfully dismisses the idea that working keeps her feeling young. “Goodness me, no – I feel older every day! I just go along with it,” she says. “The best thing about old age is learning to accept what you’ve got, who you are and what other people are and not to be too critical.

“That’s something that comes with age and not worrying about wanting people to like you and give approval.”

Whitfield, who was widowed after 45 years of marriage in 2001, says having her daughter, an actress Suzy, is her “proudest achievement. I absolutely adore her, she lives near me, and as she married someone with children, I’m a step-grandmother, which is lovely.

“My family has always taken precedence over my career and have always been very supportive. I’ve been delighted at the way things have turned out in my life. In the end, it’s all down to luck and I’ve had that.”

:: Boomers is on BBC One at 9pm on Fridays

Funny Girl
1st Sep 2016
0
Thanks for voting!
June Whitfield a wonderful actress love all her work and so fantastic she isn't giving up her acting .
ReplyFlag as inappropriate 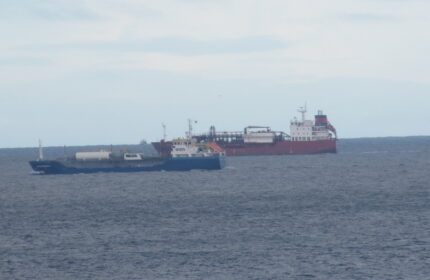