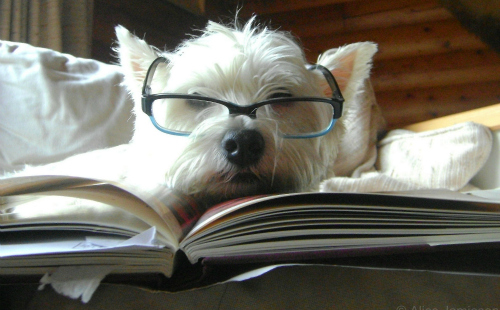 Each season we will share a selection of popular book titles and new releases which you may like to read.  You can choose to read them on a tablet or as a paperback, and you can read them in your own time.  As and when you are ready, it would be great if you could write a review of the book at the bottom of our comments section and share your feedback with all who have read and reviewed them on Silversurfers, and give it a star rating from 1-5.

Below are six suggested titles to kick off the new Summer Silversurfers Book Club Season… Simply select the title you would like to read, and if you would like to buy it or download it for your Kindle or other tablet, there is a link in the book title and image, which will direct you to Amazon, making it simple for you to buy.  Alternatively, you may wish to buy the book elsewhere, or borrow it from you local library.

AND THE MOUNTAINS ECHOED BY: KHALED HOSSEINI 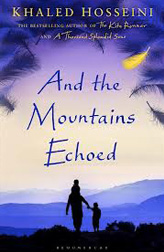 Afghanistan, 1952. Abdullah and his sister Pari live with their father and stepmother in the small village of Shadbagh. Their father, Saboor, is constantly in search of work and they struggle together through poverty and brutal winters. To Abdullah, Pari – as beautiful and sweet-natured as the fairy for which she was named – is everything. More like a parent than a brother, Abdullah will do anything for her, even trading his only pair of shoes for a feather for her treasured collection. Each night they sleep together in their cot, their heads touching, their limbs tangled.

One day the siblings journey across the desert to Kabul with their father. Pari and Abdullah have no sense of the fate that awaits them there, for the event which unfolds will tear their lives apart; sometimes a finger must be cut to save the hand.

Crossing generations and continents, moving from Kabul, to Paris, to San Francisco, to the Greek island of Tinos, with profound wisdom, depth, insight and compassion, Khaled Hosseini writes about the bonds that define us and shape our lives, the ways in which we help our loved ones in need, how the choices we make resonate through history and how we are often surprised by the people closest to us.

IN RED WEATHER BY: LIZA KLAUSSMANN 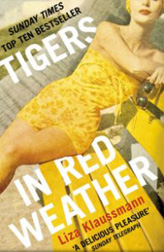 Nick and her cousin Helena have grown up together, sharing long hot summers at Tiger House. With husbands and children of their own, they keep returning. But against a background of parties, cocktails, moonlight and jazz, how long can perfection last? There is always the summer that changes everything.

THE UNIVERSE VERSUS ALEX WOODS BY: GAVIN EXTENCE 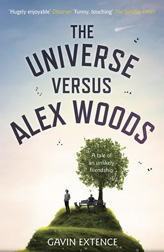 A tale of an unexpected friendship, an unlikely hero and an improbable journey… This novel might just strike you as one of the funniest, most heartbreaking novels you’ve ever read.

This is the story of seventeen-year-old Alex Woods – born to a clairvoyant mother and a phantom father, victim of an improbable childhood accident – who is stopped at Dover customs in possession of 113 grams of marijuana and the ashes of his best friend, Vietnam veteran Isaac Peterson. What follows is a highly original and compelling account of Alex’s life and the strange series of events that brought him here.

THE SEA CHANGE BY: JOANNA ROSSITER 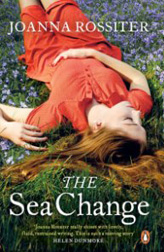 The Sea Change by Joanna Rossiter is a haunting and moving novel about a mother and a daughter, caught between a tsunami and a war.

Yesterday was Alice’s wedding day. She is thousands of miles away from the home she is so desperate to leave, on the southernmost tip of India, when she wakes in the morning to see a wave on the horizon, taller than the height of her guest house on Kanyakumari beach. Her husband is nowhere to be seen.

On the other side of the world, unhappily estranged from her daughter, is Alice’s mother, Violet. Forced to leave the idyllic Wiltshire village, Imber, in which she grew up after it was requisitioned by the army during the Second World War, Violet is haunted by the shadow of the man she loved and the wilderness of a home that lies in ruins.

As Alice searches for her husband in the debris of the wave she is forced to face up to some truths about herself she has been hiding from. Meanwhile Violet is compelled to return to Imber to discover just why she abandoned her great love . . .

‘A great theme: impermanence, and the sweeping away of everything we believed was certain. Joanna Rossiter really shines with lovely, fluid, restrained writing. This is such a moving story ‘ Helen Dunmore

Joanna Rossiter grew up in Dorset and studied English at Cambridge University before working as a researcher in the House of Commons and as a copy writer. In 2011 she completed an MA in Writing at Warwick University. The Sea Change is her first novel. She lives and writes in London.

THE FEVER TREE BY: JENNIFER McVEIGH 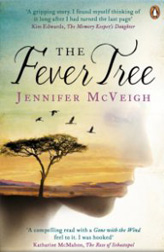 Frances Irvine, left penniless after her father’s sudden death, is forced to emigrate to the Cape. In this barren country, she meets two very different men – one driven by ambition, the other by ideals. When a smallpox outbreak sends her to the diamond mines, she is drawn into a ruthless world of greed and exploitation, of human lives crushed in the scramble for power. But here – at last – she sees her path to happiness. Torn between passion and integrity, she makes a choice that has devastating consequences…

‘Place and people come alive in this book… a gripping story’ Kim Edwards, author of The Memory Keeper’s Daughter

‘I loved it. It’s a beautifully written novel of great feeling’ Rachel Hore, best-selling author of The Place of Secrets

‘A compelling read with a Gone with the Wind feel to it – I was hooked’ Katharine McMahon, author of The Alchemist’s Daughter

‘An epic story of love, deception and courage’ Patricia Wastvedt, author of The German Boy

Jennifer McVeigh graduated from Oxford University in 2002 with a First in English Literature. She went on to work in film, television, radio and publishing, before giving up her day job to write fiction. She has travelled across East Africa and South Africa, often in off-road vehicles, driving and camping along the way. The Fever Tree is her first novel. 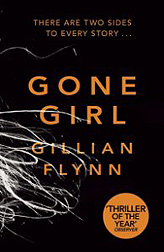 ‘What are you thinking, Amy?’ The question I’ve asked most often during our marriage, if not out loud, if not to the person who could answer. I suppose these questions stormcloud over every marriage: ‘What are you thinking? How are you feeling? Who are you? What have we done to each other? What will we do?’ Just how well can you ever know the person you love? This is the question that Nick Dunne must ask himself on the morning of his fifth wedding anniversary when his wife Amy suddenly disappears. The police immediately suspect Nick. Amy’s friends reveal that she was afraid of him, that she kept secrets from him. He swears it isn’t true. A police examination of his computer shows strange searches. He says they aren’t his. And then there are the persistent calls on his mobile phone. So what really did happen to Nick’s beautiful wife? And what was in that half-wrapped box left so casually on their marital bed? In this novel, marriage truly is the art of war…