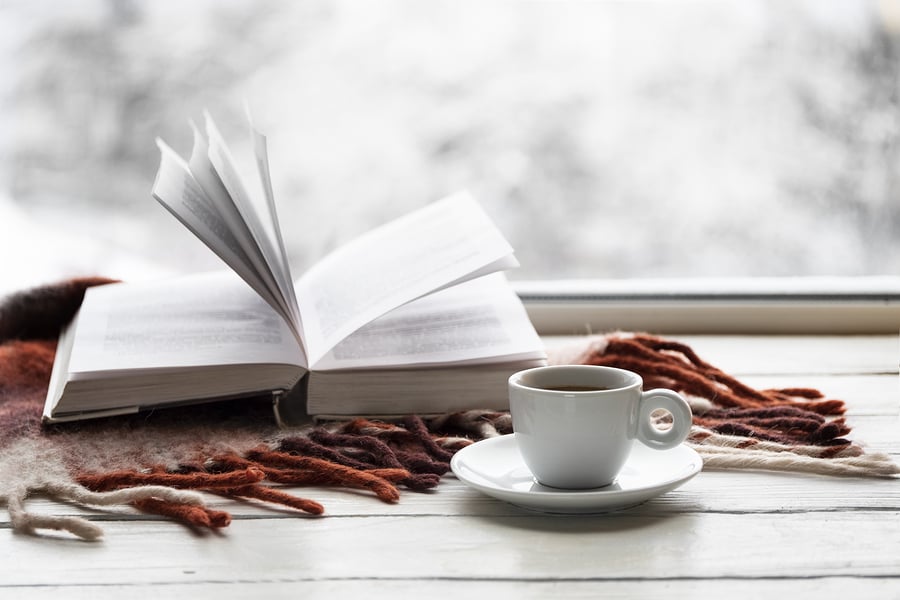 To get you started, below are some suggested titles to kick off the new Winter 2019 Silversurfers Book Club Season… Simply select the title you would like to read, and if you would like to buy it or download it for your Kindle or other tablets, there is a link next to the book title, which will direct you to Amazon, making it simple for you to buy.

London, 1940. Emmeline Lake and her best friend Bunty are trying to stay cheerful despite the Luftwaffe making life thoroughly annoying for everyone. Emmy dreams of becoming a Lady War Correspondent and when she spots a job advertisement in the newspaper she seizes her chance – but after a rather unfortunate misunderstanding, she finds herself typing letters for the formidable Henrietta Bird, the renowned agony aunt of Woman’s Friend magazine.

Mrs Bird is very clear: letters containing any form of Unpleasantness must go straight into the bin. But as Emmy reads the desperate pleas from women who may have Gone Too Far with the wrong man, or can’t bear to let their children be evacuated, she decides the only thing for it is to secretly write back . . .

Irresistibly funny and enormously moving, Dear Mrs Bird is a love letter to the enduring power of friendship, the kindness of strangers and the courage of ordinary people in extraordinary times.

Our House by Louise Candlish

On a bright morning in the London suburbs, a family moves into the house they’ve just bought on Trinity Avenue. Nothing strange about that. Except it’s your house. And you didn’t sell it.

For better, for worse.

When Fi Lawson arrives home to find strangers moving into her house, she is plunged into terror and confusion. She and her husband Bram have owned their home on Trinity Avenue for years and have no intention of selling.

How can this other family possibly think the house is theirs? And why has Bram disappeared when she needs him most?

For richer, for poorer.

Bram has made a catastrophic mistake and now he is paying. Unable to see his wife, his children or his home, he has nothing left but to settle scores. As the nightmare takes grip, both Bram and Fi try to make sense of the events that led to a devastating crime. What has he hidden from her – and what has she hidden from him? And will either survive the chilling truth – that there are far worse things you can lose than your house?

Till death us do part.

With a premise so deliciously sleek, you wonder how it hasn’t been arrived at before, Our House is a twisting odyssey of suburban betrayal, masterfully unspooled by Candlish who effortlessly stays several steps ahead of the reader.

A poignant, sparklingly written comic novel about the legacy of the Women’s Suffrage Movement and one woman’s determination to create a meaningful presence in the wake of her own thrilling and revolutionary past.

Fiery, indefatigable and wilful, Matilda Simkin has made a life of righteous defiance. Once a proudly militant suffragette, her colourful past is littered with acts of bravery and rebellion but, as Mattie enters middle age, the world has moved on. It is 1928 and the once allied movement that she fought with is now irrevocably splintered and factionalised.

Yet – for Mattie at least – the fight is far from over and she is not about to bow out quietly. When a chance encounter on Hayward’s Heath sparks an exciting idea, she embarks headlong on an ambitious new venture that pits her against a new enemy: the rising tide of pre-World War Two British fascism. However, what begins with hope and fervour is jeopardised by the very past Mattie is trying to re-ignite and, as she clings with blind obstinacy to her own ideals, she unwittingly threatens the friendships that hold up her world.

Sharply observed, keenly funny and peppered with the same sparkling, whip-crack dialogue that invested her recently adapted the novel, Their Finest, Old Baggage is a gloriously refreshing read. Skewering – and not without relish – the tired motif of the gentle-eyed spinster, Evans delivers a story full of passion and flawed but courageous purpose. A vivid cast, moments of spectacular farce and a pointed reflection on ageing and purpose combine for a real cracker of a novel for the New Year; we defy anyone to emerge from reading it without a renewed spring in their step.

The House on Half Moon by Alex Reeve

`Enthralling, exciting, extraordinary and utterly convincing. Everything a great book should be’ Sarah Hilary `Wonderfully atmospheric, each page carries the whiff of sulphur and gaslight’ Red Everyone has a secret… Only some lead to murder. Introducing Leo Stanhope: a Victorian transgender coroner’s assistant who must uncover a killer without risking his own future When the body of a young woman is wheeled into the hospital where Leo Stanhope works, his life is thrown into chaos. Maria, the woman he loves, has been murdered and it is not long before the finger of suspicion is turned on him, threatening to expose his lifelong secret. For Leo Stanhope was born Charlotte, the daughter of a respectable reverend. Knowing he was meant to be a man – despite the evidence of his body – and unable to cope with living a lie any longer, he fled his family home at just fifteen and has been living as Leo ever since: his secret known to only a few trusted people. Desperate to find Maria’s killer and thrown into gaol, he stands to lose not just his freedom, but ultimately his life.

The Seven Deaths of Evelyn Hardcastle by Stuart Turton

Described as Gosford Park meets Inception, by way of Agatha Christie’s Murder on the Orient Express, this is a novel unlike any other. One of the most highly-anticipated debuts of 2018, The Seven Deaths of Evelyn Hardcastle merges the glamour and intrigue of classic murder mystery tropes with an innovative, Chinese box narrative that leaves the reader guessing until the very end. A brilliantly original high concept murder mystery from a fantastic new talent

Somebody’s going to be murdered at the ball tonight. It won’t appear to be a murder and so the murderer won’t be caught. Rectify that injustice and I’ll show you the way out.’

It is meant to be a celebration but it ends in tragedy. As fireworks explode overhead, Evelyn Hardcastle, the young and beautiful daughter of the house, is killed. But Evelyn will not die just once.

Until Aiden – one of the guests summoned to Blackheath for the party – can solve her murder, the day will repeat itself, over and over again. Every time ending with the fateful pistol shot.

The only way to break this cycle is to identify the killer. But each time the day begins again, Aiden wakes in the body of a different guest. And someone is determined to prevent him ever escaping Blackheath…

‘Original’, ‘unique’, ‘fiendishly clever’ and ‘remarkable’: critics have been knocked for six by Stuart Turton’s mind-blowing take on the country house thriller. The setup – a murder, a set of assembled guests – seems familiar, but the execution is anything but. Simply unmissable.