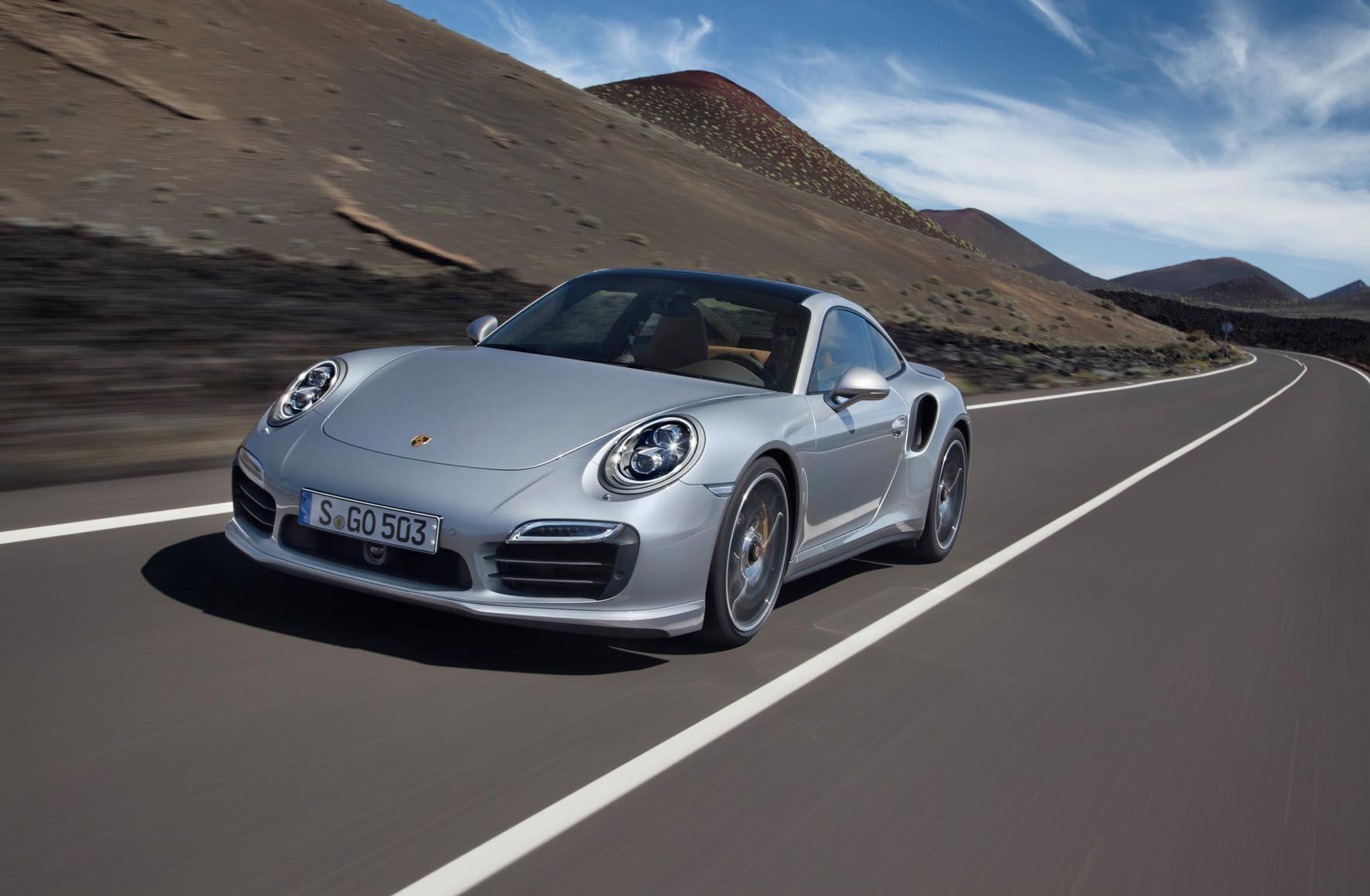 The supercar has been reinvented for the 21st Century. Mention the ‘S’ word to most people and they think of crazy looks and monstrous performance but crucially the other thing that springs to mind is a near-absence of usability.

For some people at least it’s not a supercar if you can see out of it and your spinal column is still intact at the end of the journey.

There’s another element at work here too. The Porsche 911 has been an aspirational sports car for exactly 50 years, since it was launched at the Frankfurt Motor Show in 1963. And yet for all that love for some reason it hasn’t be regularly regarded as supercar material. But that might well be about to change.

Turbocharged 911s have always delivered a fearsome amount of performance in a pretty compact package, but the current 991-series of 911 now has a turbo model of its own. Two, to be precise; the Turbo and Turbo S. Both use the same 3.8-litre twin-turbocharged flat six engine, but the faster S has a mighty 552bhp and 516lb.ft of torque – although there’s an overboost function which serves up 553lb.ft for short bursts.

That sounds like a lot because it is. Squeezing 552bhp into 1,600kg is going to deliver spectacular performance, particularly when all that power is harnessed so well. The Turbo S uses the same four-wheel drive system already seen in the 911 Carrera 4, alongside the superlative seven-speed PDK dual-clutch gearbox. A further refinement to the gearbox includes ‘virtual’ gears – additional ratios created by a degree of clutch slip to boost efficiency.

Efficiency might seem pretty unimportant in a car like this but the fact that the Turbo S is still capable of 29.1mpg when driven with restraint just illustrates its remarkable versatility. Just like any current 911, the Turbo S offers a very civilised drive when required. The seats are comfortable and very supportive, the PDK gearbox operates seamlessly and that mighty engine is quiet when you want it to be.

That might sound like a recipe for a dull machine, but in truth even a car like this will spend the majority of its time being driven sedately, in town, in traffic or on its way to somewhere possibly more exciting. When you’re in the mood to just get home with a minimum of fuss, it’s happy to oblige and more than capable too.

That is half the story, however. You get a hint of what’s on offer even when driving normally; give the accelerator a delicate extra squeeze away from the lights and even with plenty left in reserve it pulls away as if it’s being towed by a passing jet plane.

But to really experience what it can do you need to push a few buttons. Slip the transmission into manual mode, hit the Sport Plus button and get ready. Gear changes are speeded up, the active dynamics system stiffens the suspension and the active aerodynamics are deployed for increased downforce. The results are spectacular. The engine responds instantly to the accelerator and, whatever the revs, delivers a breathtakingly emphatic shove forwards. It never lets up either; the next gears snap in instantaneously to give one long, huge surge of acceleration for as long as you dare flatten the pedal.

You can experience the full force of this by initiating a launch control start; simply squeeze the brake with your left foot, floor the accelerator then release the brake. All four wheels dig down and put all that power to the road in an instant. Such is the force at work it is genuinely dizzying in first gear and 62mph passes in 3.1 seconds, but it feels even faster than that.

Even more amazing is how such terrific performance is so benign too. Our test route included many laps of a racetrack, and despite its power and expense the 911 Turbo S could be hurled about with virtual abandon. The four-wheel drive, the PDK gearbox and the dynamic stability control combine to allow full use of the immense power, but leave the driver feeling fully in control and bursting with confidence. Few cars could be driven so hard and so quickly by a driver unfamiliar with both the car and the circuit.

It is the duality of its personality that makes the 911 Turbo S so compelling. It is as comfortable and usable every day as many ordinary hatchbacks, yet given the space it is fantastically entertaining, outrageously fast. Sure it’s not cheap, but it’s as good as getting two cars in one.