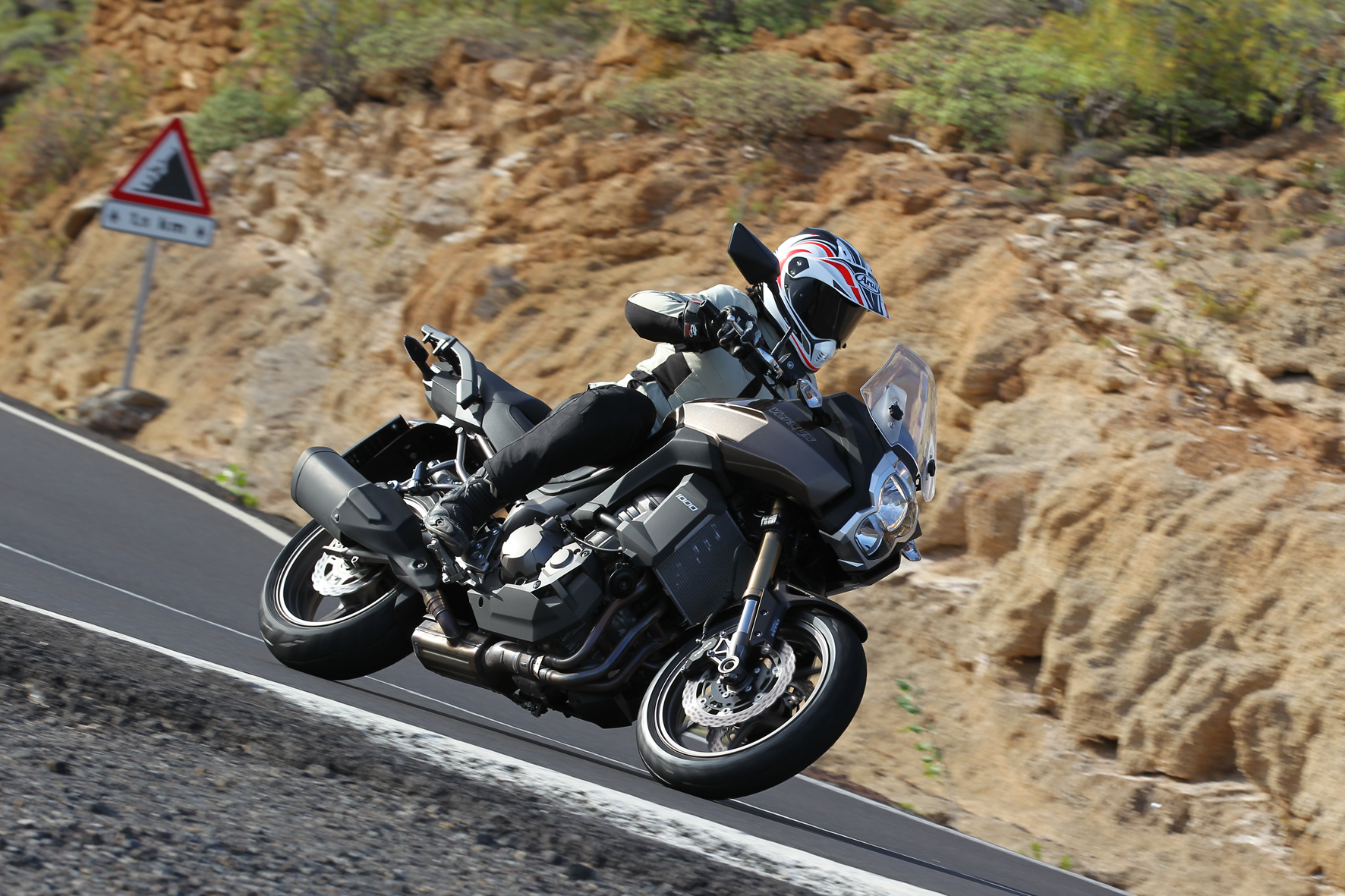 DURING the launch of Kawasaki’s 2012 Versys 1000, one thing was made abundantly clear: their new in-line four cyclinder is, and never has been, a rival to BMW’s monstrously successful R1200GS.

Kawasaki claims that their decision to build the Versys 1000 around their existing Z1000/Z1000SX in-line four engine was based predominantly on market research. But it also costs money to develop a new engine and Kawasaki already had a 1000c engine to use.

The Versys is fairly spacious, the footpegs are set lower and further forwards than on the Z1000 and there is adequate room for a pillion. It has a manually adjustable windscreen and comprehensive dash which includes the traveller’s guides to average and current fuel consumpion and it shows you when you’re riding economically. You scroll through the information either by pressing the button on the dash, or very handily, via a switch on the handlebar. The ‘bars are wide but not cumbersome and the rubber clad footpegs are spaced to create an easy long distance riding stance, ideal considering you should get 200 miles from the 21.5 litre tank.

The Z1000’s transplanted heart beats with a familiar, smooth, excitable hum. It’s been modified to strengthen the low and midrange torque, to make it more relaxed for cruising and to offer 16% better fuel economy.

Twisting up through Tenerife’s stunning mountain switchbacks, the first two gears are obviously shorter than the Z1000’s and ideal if you’re two-up with a ton of luggage. Third gear and above is where the party’s at and the gears from here right through to sixth are longer than on the Z1000. There is plently of useable torque and although the Versys doesn’t have an explosive punch, it does have a strong and linear drive. The vibrations which marr the Z1000’s midrange are also apparent on this bike. Hit 6,000rpm and there is a tingling in your feet, hands, bum and any other part of your body that is in direct contact with the bike. I find it hard to ignore for the first twenty minutes and then promptly forget about for the rest of the day . . and the next. So it can’t be that bad.

The landscape merges into one autumn coloured blur as I slam on the anchors and prepare for another corner. Pirelli’s new Scorpion Trail tyres clench the ashpalt and do a great job of finding traction, the brakes are confident and reliable and I can only stimulate the ZX-10R’s adopted ABS if I stamp on the rear. It shudders, it works, and it’s not intrusive like some systems were a few years back.

But the front end is sapping my confidence.The next generation KYB front forks use the same principle as Showa’s Big Piston Forks. I’ve ridden the Showa equipped ZX-6R and ZX-10R sportsbikes and so have high expectations of the Versys 1000’s ride quality, but the harder I ride, the more the front end feels disconnected and vague. As I shut the throttle and squeeze the front brake, I have to dab the rear to settle the bike, something I had not expected to do with these forks in play. But without doing that, the front continually dives under braking and feels skittish over Tenerife’s imperfect sections of road.

It’s a shame, because the bike is otherwise a joy to ride. Low speed handling is an absolute doddle, and if you minimize the front end’s dubious behaviour by not braking into a corner, using both brakes to get the bike balanced, or by stiffening the front suspension, then the Versys can be ridden quite hard, with reward. It has an almost pendulous sensation dropping into corners that is not too immediate to be unerving, but is more athletic and eager. The bike isn’t what I’d describe as telepathic, it needs input on its high, wide bars but it responds with obedience, ( vague front fork action excluded) and it feels just like a tall, detuned sports bike.

Kawasaki know that not all of their new customers will want to ride in a really sporty fashion, and indeed some may even need time to become acustomed to the full 118bhp, in-line four, so the Japanese have incuded a choice of two power modes. Full Power gives you everything – and it’s enough. The Low Power mode limits the output to 75% with a softer throttle response, which I can’t say I’ve really noticed, but the power does feels slightly milder. It’s not castrated, and although I prefer the full mode in the twisties, the 25% reduced option is still good fun. And if you do get carried away, the Versys has got you covered with its KTRC system. It’s the same traction control featured on the 2012 ZZR1400 flagship, with a twist, as it also combines the S-KTRC technology found on the 2011 ZX-10R. This means that levels 1 and 2 focus on achieving maxium acceleration as it does with the sportsbike, and level 3 intervenes earlier and concentrates on keeping you upright on poor road surfaces.

An all rounder, even one that’s not supposed to go off road could really do with a centre stand. But moving the exhaust pipes to make way for a centre stand would have comprimised the pannier capacity. There is no gear indicator either, as it would cost too much to add the required sensors and modifications to the donor engine. The standard adjustable screen is very effective, despite the range being only 3cm. Its lowest position is great when you’re really riding, it shields you from the windblast without detracting from the sensation of speed and the highest setting works well at a legal pace and far beyond.

The Versys is a very strong contender to any bike that is designed to be in it for the long haul, in comfort. Whether it does it in style is another question and one that I’d be inclined to say yes to. I seem to be in the minority though as most of the people I’ve spoken to don’t appear to like the styling. But it looks just like a big Versys to me. And engine configuration aside, that’s what it is, and it is just as capable as the smaller model. 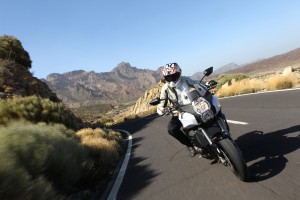