This site uses cookiesClick here to remove this messageMore information
Welcome to Silversurfers - features, offers, news & social forums for the over 50s...
Silversurfers
Log In Join
Silversurfers
Menu
Articles
Articles NostalgiaOur love affair with ice cream – but where did it all begin? 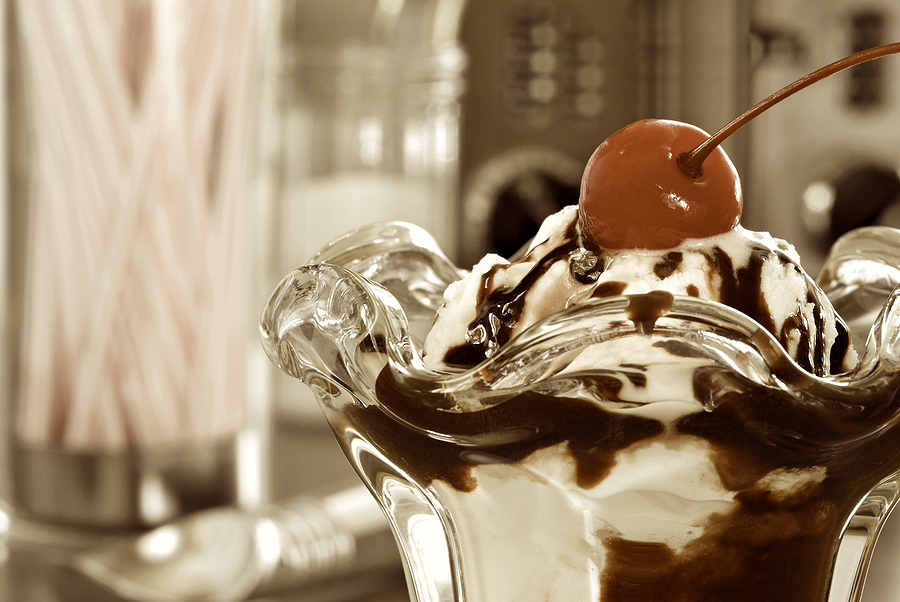 Our love affair with ice cream – but where did it all begin?

Soft scoop, hard scoop, in a cone, with a flake, in the shape of a knickerbocker glory or even as a layered Vienetta, ice cream has had its place in British life going back generations.

In all its many variants, ice cream forms the base of some of our fondest childhood memories, but where did it all begin?

It is thought that ice cream was first seen in Britain at Windsor Castle in 1671 served at a banquet for the Feast of St George. It was so rare that it was exclusively for the royal table of King Charles II and the remaining guests had to watch and be amazed at what the royals were eating.

Eager to follow the king, the rich of the country cut ice from rivers and lakes on their estates and stored it in purpose built ice-houses. The ice was stored under straw and bark until the summer when it was used for cooling drinks, making water ices and ‘iced creams’.

The first recipe for ice cream was published in English in 1718 and a custard based ice cream was developed in France around 1750.

Ice cream manufacture was also simplified in 1843 with the introduction of the ice cream machine. This consisted of a wooden bucket that was filled with ice and salt and had a handle which rotated. The central metal container, containing the ice cream was surrounded by the salt and ice mixture. This churning produced ice cream with an even, smooth texture.

By this time ice was also being imported from Norway to London and it was here that a Swiss entrepreneur called Carlo Gatti made his name. He was the biggest importer of ice in London and went on to make ice cream readily available to the British public by launching several of the first ice cream restaurants.

Huge ice house pits built near Kings Cross, London by Carlo Gatti in the 1850’s, where he stored the ice he shipped to England from Norway, are still there and are open to the public at The London Canal Museum.

This growing ice cream industry, run mainly by Italians, started the influx of workers from southern Italy and the Ticino area of Switzerland to Britain. In places like Glasgow, Swansea and London, big, famous names survive to this day — Morelli (arrived 1907), Minghella (1890), Nardini (1890), Cascarini (1898), Crolla (1895). Every city soon had a family-run ice cream restaurant with the rich, creamy vanilla ice cream being the most popular with the British.

With the advent of mechanical refrigeration, either through electricity or gas, came more versatility. Vast quantities of ice were no longer necessary and ice cream could then be transported and stored. It quickly became a mass market product.

The knickerbocker glory, thought to be a British invention, first appeared on the menu of a Lyon’s Corner House in the 1920’s. It has stood the test of time and can still be found today, usually served in a tall fluted glass and enjoyed with an extra long spoon.

Cadbury was shipping boxes of chocolate flakes to ice cream sellers from the 1930’s, although there is much debate as to the origins of the 99.  Some say it was coined by Stefano Arcari who sold ice cream from his shop at 99 Portobello High Street in Scotland after he started breaking Flakes in half and naming them for his address, the idea was – apparently – taken back to the Cadbury factory. Others say it was named for the Boys of 99 – honoured Italian heroes of the First World War who had been born in 1899 and the suggestion that something really special or first class was known as ‘99’.

The cone or cornet?

Most people think of the cone or cornet as the traditional way of eating ice cream and it can indeed be traced back hundreds of years. It is believed to be an English invention and is first recorded in Mrs Marshall’s Cooker Book in 1888 as a cone used for serving ice cream.

Today, as British food innovation surges relentlessly ahead, there’s no noticeable cooling of our national love affair with ice cream. With seemingly endless choice and continual development of new flavours we Brits have truly embraced this frozen treat and continue to enjoy it long past those lazy days of summer.