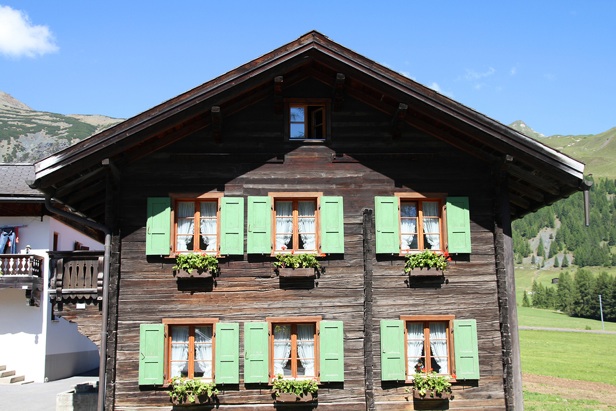 What is happening in the international housing market?

Since 2008 the UK house market has been in the doldrums apart from a few hot-spots such as houses valued over £1 million in London and a few other prime residential areas. The average house price has fallen by 10.2% in the UK since its peak in 2007 but how have other nations fared and what about those of us who invested in houses abroad in the good times in the 90s and early 00s?

Well there are some big decreases in countries like Spain where the bottom really has fallen out of the market with an average 22.4% decrease in prices since 2007. This is the average though and some areas have fallen much more than this and while this is a lot the dire situation of the Spanish economy suggests house prices may keep falling as unemployment rises and the euro looks precarious.

While some countries have fallen many have rising house prices such as Switzerland with its incredibly strong currency having increased by 21% since 2007 and Hong Kong by an amazing 63.6% riding on the back of the Chinese property market.

Some examples of winners and loosers where the British also have second homes are below with % change from 2007. 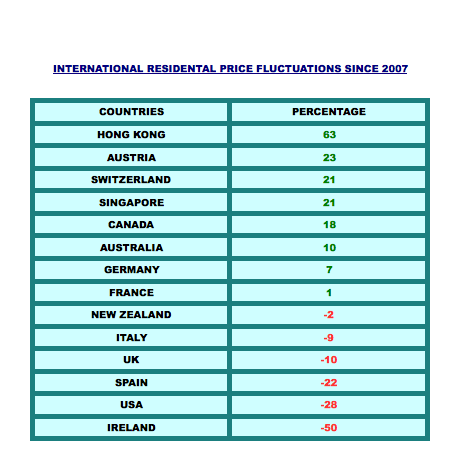 During these four years as people have not wanted to purchase houses or the banks have not given them mortgages they have had to rent and rents have risen in many countries reflecting this increased demand. Many are complaining that rents in large cities such as London have never been higher and because mortgages are so low its often much cheaper to buy a house and pay a mortgage than to rent if you can.

This doesn’t affect the over 50’s so much, and for those with a disposable pot or the ability to get a mortgage, purchasing property in certain countries is an opportunity in this current economic climate.

Have you ever considering buying a property overseas?