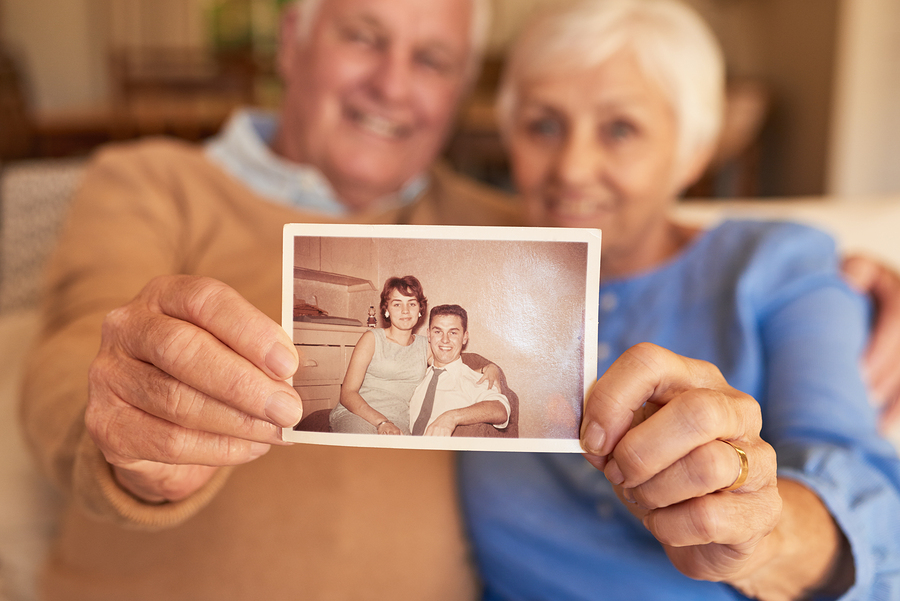 Does nostalgia keep us from appreciating the present?

Nostalgia can be a powerful force – it’s both an emotion and a thought process.

People often describe nostalgia as “bittersweet” because we look fondly back at the past and remember things that no longer are.

The term was coined in 1688 by a medical doctor who was studying the effects of homesickness on the military. He believed nostalgia led to depression and that soldiers could even die from it.

Freud, too, studied nostalgia, and argued that people who became focused on the past were unable to move forward in their lives.

More recent studies, however, show a different perspective: many psychologists now believe that nostalgia helps us feel grounded and makes us feel able to face the future.

It can counter negative emotions and help deal with stress, make you feel more optimistic and even inspired.

In some cases it’s also used as a form of therapy – music we once loved can trigger a sense of happiness and wellbeing, and even help with feelings of mental confusion.

But over-reliance on nostalgia can also be painful, and in some cases traps people in the past.

For instance after the loss of a home or loved one, too much focus on these memories can make us reluctant to move forward and embrace change.

What do you think? Does nostalgia for the past keep us from appreciating the present? Or is it a positive emotion we could do with more of?

Does nostalgia keep us from appreciating the present?

89 people have already voted, what's your opinion? Yes No

lizfid3
7th Dec 2017
1
Thanks for voting!
In this stressed out, whirlwind existence planet of ours it's sometimes nice to put on some music and slip back to times when life was lived at a slower tempo and people had time for each other, not just on a weekend booze binge as seems to be the case nowadays.
ReplyFlag as inappropriate

Nellbat
6th Dec 2017
1
Thanks for voting!
Nostaligia is important, it is talking about events, happy or sad in your past. Good to remember times from the past that you can talk to your children and grandchildren about, helps them to understand where we are today and where they are going.
ReplyFlag as inappropriate

Wilf
4th Dec 2017
4
Thanks for voting!
We all love looking back-" when times were better and life was simpler...summers were hotter...beer was cheaper.....Christmas was not commercialised etc etc"...was it really so good? The 70s for me were bring, money was tight, no central heating, no jobs, terrible music (apart from Led Zepplin and a few other geniuses!) . BUT I do like looking back and I also like looking forward and enjoying the present-long may it continue!
ReplyFlag as inappropriate

Joan Fraser
3rd Dec 2017
4
Thanks for voting!
Thinking back to freezing bedrooms, 1 bath a week, and times when we couldn't travel so widely, and women faced such a number of ridiculous restrictions, makes me appreciate the home comforts and freedoms I have enjoyed over time. However, I often also yearn for the people and places I loved so much; but this seems ok and natural, and doesn't detract from me looking ahead and hoping for good (better) times ahead
ReplyFlag as inappropriate

Wilf
4th Dec 2017
1
Thanks for voting!
@Joan Fraser
I agree Joan and terrible food and no fresh fruit and no technology and useless cars....much easier lifestyle nowadays!
ReplyFlag as inappropriate

GarryF
2nd Dec 2017
3
Thanks for voting!
Far from keeping us from appreciating the present I believe that nostalgia allows us to appreciate the present to a greater degree. One can remember how much hard work went into a certain chore, for example wash day or how much time was taken by going to the phone box to make that important call or a hundred and one other instances of how much life is easier and better today.
ReplyFlag as inappropriate

ecarg
1st Dec 2017
2
Thanks for voting!
Nostalgia is fine to dip in and out of memories of childhood freedom ,happy holidays provide times of reflection in more stressful times.Will our grandchildren have these nostalgia moments in 30 yrs probably so. Whilst we think some things were better years ago in many respects,we have to live in the here and now and help make good memories for future generations.
ReplyFlag as inappropriate

stevedore
1st Dec 2017
3
Thanks for voting!
I think nostalgia helps after the loss of a loved one.However it does not prevent you appreciating the present ie laptops, Skype,FaceTime and easy flights all things we did not have when we were young.
ReplyFlag as inappropriate

Floss
1st Dec 2017
2
Thanks for voting!
Nostalgia can bring negative vibes and prevent us from appreciating the present.
ReplyFlag as inappropriate

Yodama
1st Dec 2017
3
Thanks for voting!
While I give a nostalgic sigh now and then, drift off into the realms of " when I was young we used to....) causing my children to indulge in idiotic eye rolling, I do appreciate today.

Living in a faster paced techno world is like trying to drive a team of spirited horses, a little bit of reining in is required from time to time.

A schizophrenic way of living I know, but I live in the past and the present, it is all in the mind as they say.
ReplyFlag as inappropriate

Dougie123
1st Dec 2017
2
Thanks for voting!
Hmmm! What comes first, the chicken or the egg?
ReplyFlag as inappropriate

Lionel
30th Nov 2017
3
Thanks for voting!
I think it's not so much nostalgia, which is an unwarranted fondness for the way things were, but more observing the mistakes, and successes, of those who went before us.

Accurate reporting of the past informs the decisions we have before us today if we would but hear what these people had to say. If we ignore the past then their mistakes will be repeated.

It has been said on Silver Surfers I live too much in the past, that I'm too fond of nostalgia. Not true. Nostalgia is cheap; we live through a time now gone without enduring the suffering or privations of that time. Cheap? Yes, because we know the end from the beginning.

The past informs my decisions and views of the present. It is a light to my feet, just as my own life experience informs todays decisions.

Let's not write off the past. It has much to teach us if we would see and hear.
ReplyFlag as inappropriate

db3745
30th Nov 2017
6
Thanks for voting!
44 years ago a friend of the family took a very short cinefilm of our wedding day. I say short - it was less than 2 minutes; we never had the chance to view it at the time and gave up on it as cine became obsolete. Our daughter found a small company which converted it to DVD, and I've never been so overwhelmed by emotion as I was on seeing guests, relatives, friends, most of whom are now dead, in a "moving" situation, rather than simply a series of photos. I'm at the age where I've lost 5 very close friends from that time in 3 years, and this is now a memory I'll always have of them. Past, present and future each have their place in our lives.
ReplyFlag as inappropriate

RayT
30th Nov 2017
2
Thanks for voting!
This is a subject that keeps coming back.
ReplyFlag as inappropriate

kentrix39
30th Nov 2017
4
Thanks for voting!
It makes us appreciate how lucky we were to have lived in the good times not as is happening today all persons wanting, wanting all the time.
This is probably what is making a goodly portion of the population mentally ill in some way which never bothered us. We had what we had and that was that we saved hard for the next thing to be replaced or repaired and were more content than people of today.
ReplyFlag as inappropriate

Will you download the tracing app when it becomes available?

Should disposable barbecues be banned?

Would you be happy to visit a National Trust garden next week?

Which do you miss not being open the most - your local pub or your hair salon? 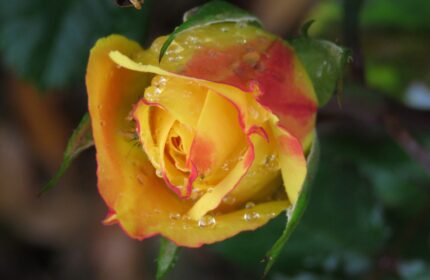