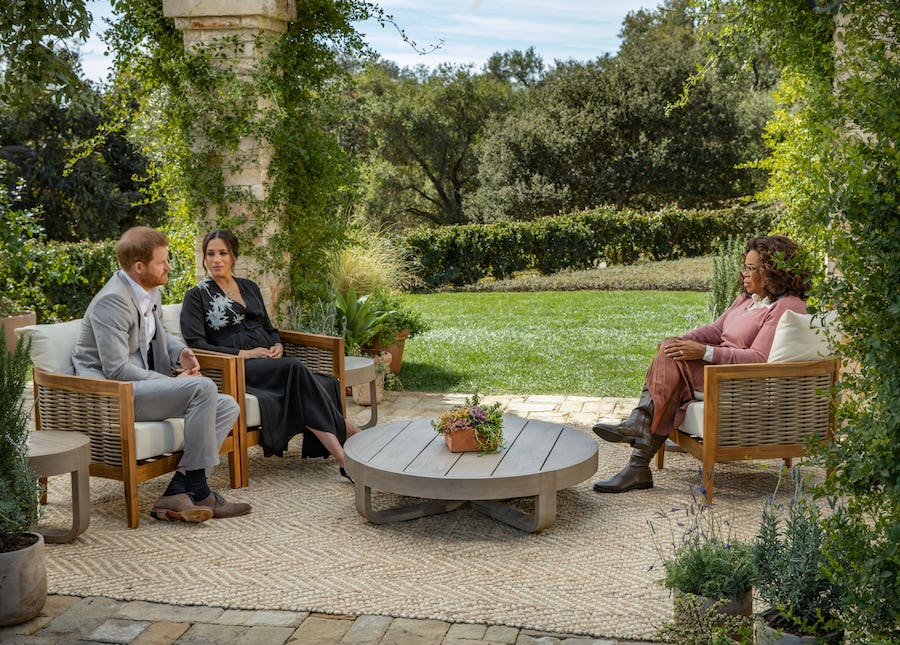 Will you watch the Sussexes’ Oprah interview?

The Duke and Duchess of Sussex’s Oprah interview is “already a national talking point” and ITV is “pleased” to be able to give people the chance to see it, the channel has said.

The controversial two-hour tell-all sit-down chat will be shown on ITV at 9pm on Monday March 8, after the broadcaster acquired the rights to the programme.

The deal is reported to have cost ITV around £1 million.

Questions have been raised about the appropriateness of Harry and Meghan’s interview, which chat show queen Winfrey has promised will be “shocking” with “nothing off limits”.

Harry’s grandfather, the Duke of Edinburgh, 99, has been unwell in hospital for more than two weeks, and was transferred to St Bartholomew’s Hospital on Monday for tests on a pre-existing heart condition.

The CBS primetime special is airing on Sunday in the US, with the royal household braced for the show’s revelations as the Sussexes discuss their life within the royal family and their exit from the working monarchy.

Kevin Lygo, ITV managing director media and entertainment, said: “This interview is already a national talking point and ITV is pleased to be able to offer UK audiences the opportunity to see it.”

Public relations and crisis consultant Mark Borkowski said the timing of the interview is “horrendous” and that Harry and Meghan are at risk of a “real reputational mess” if it goes ahead.

If Philip’s health were to worsen, Mr Borkowski said the couple’s fate would be “in the lap of the gods”.

What are your views? Will you tune in to watch it?