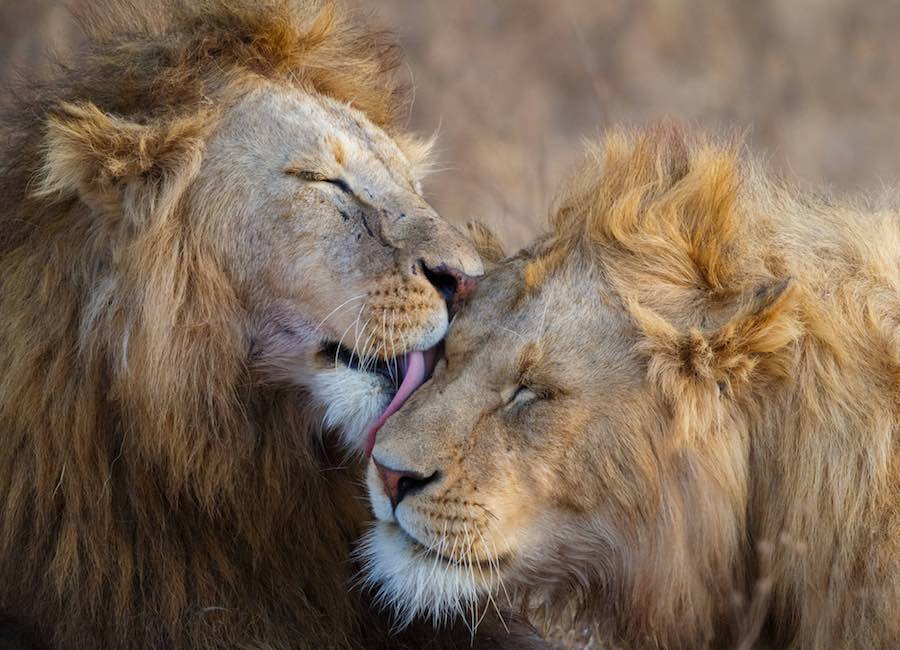 Lion, elephant, buffalo, leopard, and rhino: Africa’s Big Five are on everyone’s tick list when embarking on a safari.

But where’s the best place to see them? Audley’s specialists have rounded up the best safari destinations for seeing all five in one trip, along with a huge supporting cast of other species.

The Greater Kruger’s vastness means it can support animals in huge numbers. You could see buffalo herds 500 strong and lion prides napping beneath mopane trees. In private reserves like Sabi Sands, which is known for its leopard sightings, you can drive off road and at night for a closer look at a broad range of species.

This area has also become a stronghold for rhino. You can head out on bush walks with a guide who’ll point out tracks and other tell-tale signs of their presence.

When to go: Between April and October, when dry conditions mean animals congregate around water sources.

Sunrise over the Masai Mara.

The Masai Mara’s varied habitats, from open savannah to pockets of acacia woodland, suit a wide spectrum of animals. Lion do particularly well, with one of the largest concentrations on the continent. Your guide will know prides by name and interpret their behaviour. At night, listen for their roars echoing across the plains.

You’ll mostly head out on game drives here, but can also enjoy a dawn hot air balloon flight to spot animals from above, followed by a Champagne breakfast.

When to go: July to October is dry and coincides with the Great Migration, when millions of wildebeest flood the plains.

Leopard in the Serengeti, Tanzania

As you look out for the Big Five on game drives through the Serengeti’s horizon-reaching plains, you’ll also pass the masses of wildebeest that form the Great Migration herds. They spend the majority of the year here, in turn attracting predators like lion, leopard, and cheetah.

Like in the Masai Mara, you can also take to the sky by hot air balloon, looking out for lines of elephant as they march between waterholes below.

When to go: It’s at its driest between July and October, plus you might see the migration herds crossing the Mara River in the north.

Buffalo herd in the Okavango Delta

The world’s largest inland delta, the Okavango has year-round water and lush foliage. The watery landscape is ideal for elephant and buffalo, as well as a wealth of birdlife. You can explore the reed-lined waterways by motorboat or mokoro (traditional canoe).

Meanwhile, game drives give you a chance to see big cats and, occasionally, wild dog. Rhino are only seen in a couple of locations and very rarely, but your guides will know the best places to look.

When to go: Water levels are healthiest between June and November, when more water-based activities are available. By September, vegetation has died back and animals are easier to see.

‘Silver backpackers’: a life of adventure is calling!
JOIN SILVERSURFERS AND...