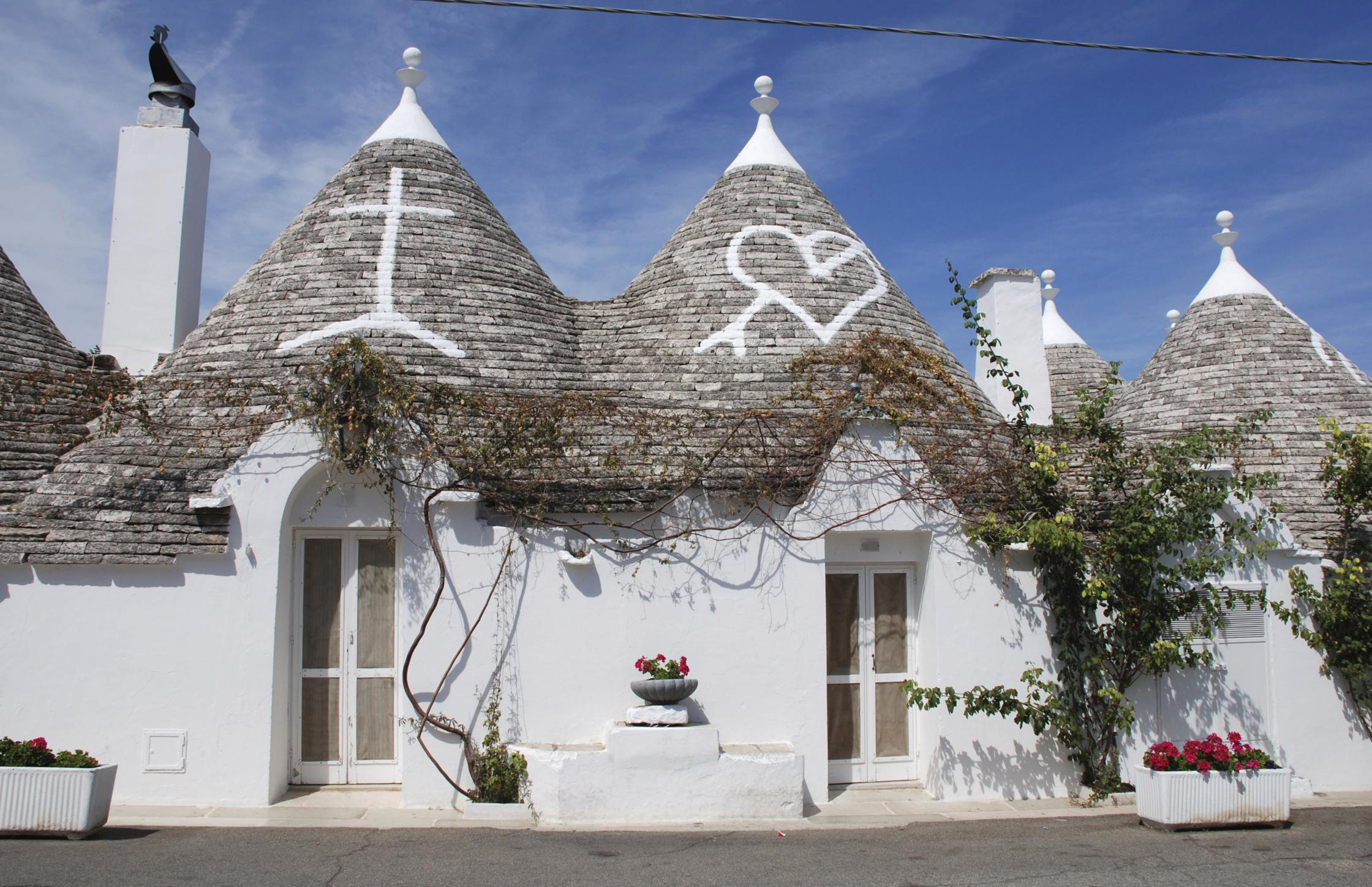 Cooking on holiday can be heaven when you’re making delicious southern Italian food in a five-star hotel, writes Amy Murphy

Standing in a pristine kitchen, I carefully roll out a sheet of pastry and pipe in some custard filling before popping the tin into the oven.

Usually, the thought of cooking on holiday would be my worst nightmare but after days of eating delicious meals, I have decided to join one of the cookery courses on offer at my hotel, the Borgo Egnazia, in southern Italy.

The region of Puglia is particularly proud of its food, with menus based on simply cooked fresh produce, an abundance of seafood and local pasta.

Head chef Mario Musoni explains that the secret of five-star – yet authentic – Italian cooking is the “ingredients”.

“They should be peasant but not too peasant. Elegant, but still with local rustic taste,” he enthuses, with a broad smile.

Musoni was born in Monopoli, only a few miles down the road, and has stuck to his roots with his menus.

“Our cuisine is based mostly on very simple ingredients – things that we eat in the family,” he says. “We don’t want to be just another five-star hotel. Here, you have a real sense of the surrounding area.”

And it is this local region that is bound to become more and more attractive to tourists in the future.

Borgo Egnazia is situated in the region of Puglia on Italy’s stunning Adriatic coast, a largely undiscovered corner of Italy which is gradually opening up as budget airlines fly into Bari and Brindisi.

In the ‘heel of Italy’, Puglia is unlike other regions of the country: its beaches aren’t crowded, the towns and villages largely unspoiled, and the locals – the Apulians – are so much more relaxed than those found in the big cities further north.

Not far from Adriatic beaches, Borgo Egnazia is a stunning sight, with hand-cut limestone used for the buildings, and artistically landscaped gardens.

Yet the hotel manages to blend into its environment by using locally-sourced materials, such as the 8,350 wine bottles used to create some spectacular light fittings in the main building.

In the cookery school, the emphasis is similarly on traditional Italian ingredients. I was rather impressed with my new-found expertise as I tasted my freshly-cooked boconotti (pasta pastries filled with ricotta), washed down with a glass of champagne.

Walking around the hotel complex, having honed my Italian cooking skills, I felt as though I was strolling through the streets of an ancient Italian town.

The main hotel leads on to a separate village with one and two-bedroom townhouses, and 28 three-bedroom villa units. It felt so authentic, I almost expected to see a Shakespearean character appear on one of the overhanging balconies and launch into a soliloquy as I wandered past.

The whole of Puglia is steeped in history. I felt as though I’d stepped back in time to another era as I sunbathed by the pool alongside recently uncovered Roman ruins.

To get a real sense of the area’s history, I decided to leave the food and luxury of the hotel to explore nearby towns.

My first taste of just how ancient the region is came as I drove inland through countryside littered with olive groves and vineyards and the driver pointed out an olive tree that was 3,000 years old.

Then I noticed a number of small round white buildings with cone-shaped roofs.

These buildings, called trulli, are unique to the Puglia region and I was heading to the UNESCO World Heritage site of Alberobello, where the distinctive structures cram the streets.

Getting out of the car in the main square, I suddenly found myself surrounded by trulli and felt like I was on some kind of film set as I wandered the steep, narrow streets.

Dating from the 14th century, the story behind the trulli is not clear. These days they are used as shops, restaurants and guest accommodation, with many still inhabited by local people.

To see inside one of the trulli, I visited the Trullo Sovrano – an unusual two-storey building, furnished as it would have been in the past.

South of Alberobello is the hill-top town of Ostuni – known as The White City.

The reason behind the name became clear as my car rounded a corner and I saw the walled town ahead of me, its white buildings glistening in the sun.

I spent hours happily wandering through tiny cobbled streets of the old town, stopping briefly for a cooling ice-cream in the shade of the imposing, Gothic-style cathedral.

Every so often, I emerged from the maze of alleyways at the town’s walls and enjoyed amazing views of the olive groves and the Adriatic coast 240m below me.

And the coast was my next stop. Polignano a Mare is a complete contrast to the history-soaked towns of Alberobello and Ostuni.

Arriving on a holiday weekend, the seaside town was heaving with Italian families enjoying the sunshine and swimming from a beach below towering cliffs.

I watched the activity from a restaurant built into the side of the cliffs, while eating a traditional three-course lunch that left me too full to move.

Although Polignano a Mare offered the nearest I found to crowded streets, the region as a whole is little known outside Italy as a popular holiday destination.

But with hotels like Borgo Egnazia offering authentic luxury in an area with something for everyone, it won’t be unknown for long.

From sun-seekers and spa-lovers to history-buffs and foodies,this region has all the ingredients for a perfect holiday.

Amy Murphy was a guest of Borgo Egnazia. Visit www.borgoegnazia.com