Menu
Articles
Articles Best Of The WebSport13 Team GB athletes to look out for, ahead of this year’s Olympic Games 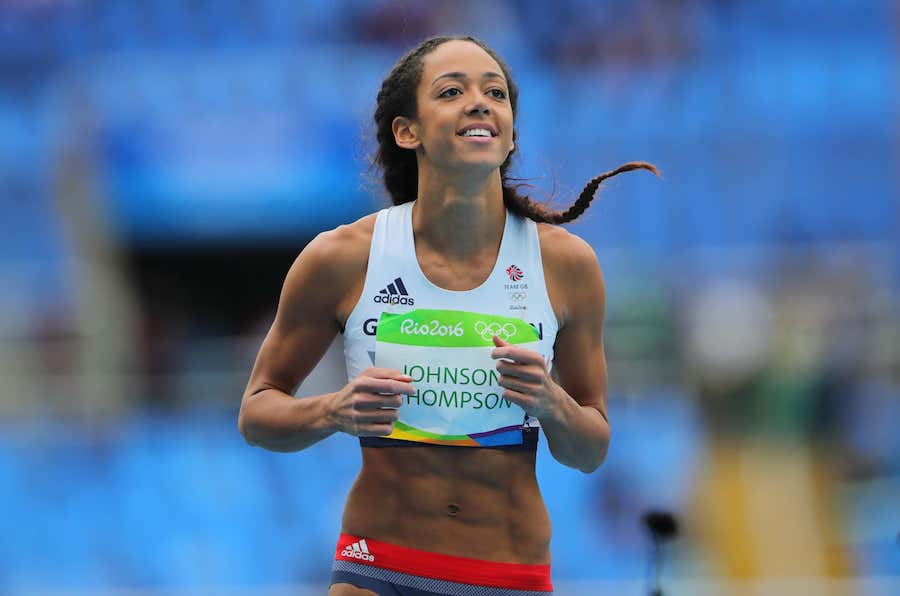 Despite coming a year late, this year’s Games are still called Tokyo 2020. Here’s who to have on your social media radar.

The sporting world is decamping to the Japanese capital as the Tokyo Olympic Games get set to kick off on July 23.

Delayed by a year because of the Covid-19 pandemic, the world’s best athletes will take to the track, pool, velodrome and other venues, in the fight to be crowned the world’s best.

More than 375 athletes from Team GB are poised to compete in the rescheduled 2020 Games, and it’s a landmark year for women too, with more British women than men competing for the first time.

As the British Olympic Association recently announced this year’s line-up, here are some rising stars and reigning champions to have on your Instagram feed…

As the fastest British female sprinter recorded in history, Dina-Asher Smith is sure to put on an incredible sporting display as she fights for a trio of gold medals in the three categories she qualified for at this year’s Olympics – 100m, 200m and 4x100m.

27-year-old superstar sprinter CJ Ujah claimed his Tokyo ticket when he stormed to victory in the men’s 100m event at the recent British Olympic trials.

Ujah previously ran the first leg of the 4x100m relay team that won both the World title in 2017 and the European title in 2016 for Team GB.

This is the first time that skateboarding will feature at the Olympics and with Brown currently ranked third in the world, she’s hotly tipped to take home a medal.

The 28-year-old won the world heptathlon title in Doha in 2019 and her performance against defending champ Nafi Thiam is set to be one of the big talking points of this summer’s Games.

Weightlifter Zoe Smith missed being selected for the 2016 Rio Olympics following a shoulder injury, but now she’s back and stronger than ever. We can’t wait to watch her performance in women’s weightlifting category.

Joe Salisbury will make his Olympic debut this summer. The two-time Grand Slam winner is ranked as British doubles no. 1, and will compete alongside Andy Murray in the men’s doubles event.

Pole vault ace Holly Bradshaw finished fifth at the Rio Olympics, but she looks set for a standout performance at this year’s event, having broken national records at the recent British Athletics Championships.

Impressing even the incredible Michael Phelps at the last Olympics, Adam Peaty is one of the world’s best swimmers.

The stunningly fast athlete is an eight-time World champion, and he famously brought home gold for Great Britain in the 100m breaststroke at the 2016 Olympics.

Taekwondo champ Jade Jones shot to fame after winning gold at London 2012, before becoming the youngest Brit to ever retain her Olympic title in Rio four years later.

Whitlock made history at the Rio 2016 Olympic Games when he won Great Britain’s first medal in the all-around event for 108 years, before becoming the first British gold medallist in artistic gymnastics.

Professional rock climber Shauna Coxsey is a new addition to the Team GB squad. Rock climbing is also new to the Games too, and will make its debut at Tokyo with three disciplines: Speed, Bouldering and Lead.

Coxsey recently announced that the Olympics will be her last event as a professional competition climber, so it’s sure to be an emotional watch.

Cheavon Clarke is the one to watch in boxing. The amateur heavyweight champion is currently ranked No.1 in the UK and won silver at the 2017 European Championships, as well as bronze at the 2018 Commonwealth Games.

Ed Clancy is the most successful team pursuit cyclist in history, having won gold with Team GB at three successive Olympics.

Clancy will be aiming to win his fourth consecutive gold medal, where he’ll be joined in the men’s endurance squad by Ethan Hayter, Ethan Vernon, Matt Walls and Ollie Wood.

Incorporating tai chi into your lifestyle

Discovering the joys of mountain biking